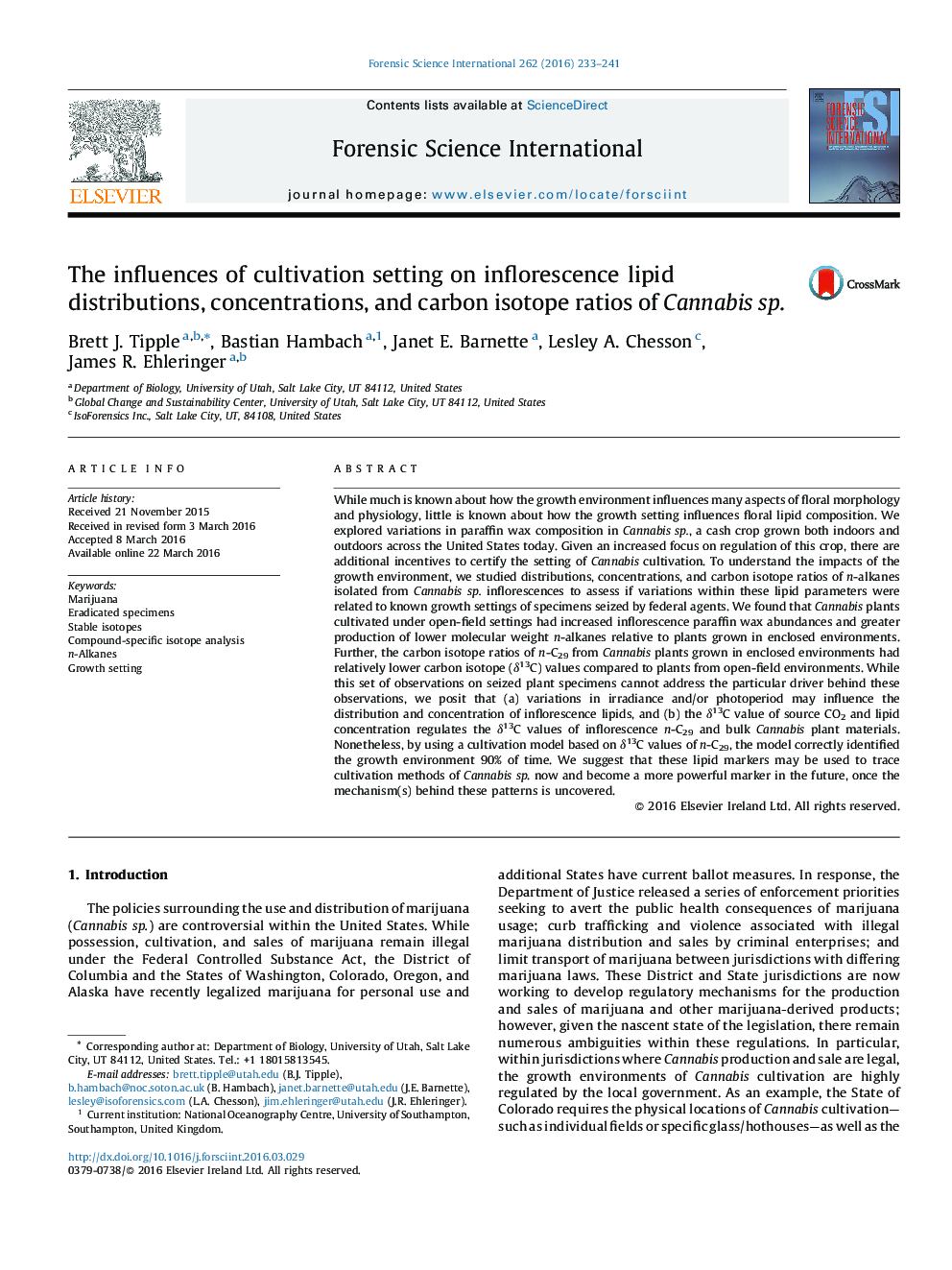 While much is known about how the growth environment influences many aspects of floral morphology and physiology, little is known about how the growth setting influences floral lipid composition. We explored variations in paraffin wax composition in Cannabis sp., a cash crop grown both indoors and outdoors across the United States today. Given an increased focus on regulation of this crop, there are additional incentives to certify the setting of Cannabis cultivation. To understand the impacts of the growth environment, we studied distributions, concentrations, and carbon isotope ratios of n-alkanes isolated from Cannabis sp. inflorescences to assess if variations within these lipid parameters were related to known growth settings of specimens seized by federal agents. We found that Cannabis plants cultivated under open-field settings had increased inflorescence paraffin wax abundances and greater production of lower molecular weight n-alkanes relative to plants grown in enclosed environments. Further, the carbon isotope ratios of n-C29 from Cannabis plants grown in enclosed environments had relatively lower carbon isotope (δ13C) values compared to plants from open-field environments. While this set of observations on seized plant specimens cannot address the particular driver behind these observations, we posit that (a) variations in irradiance and/or photoperiod may influence the distribution and concentration of inflorescence lipids, and (b) the δ13C value of source CO2 and lipid concentration regulates the δ13C values of inflorescence n-C29 and bulk Cannabis plant materials. Nonetheless, by using a cultivation model based on δ13C values of n-C29, the model correctly identified the growth environment 90% of time. We suggest that these lipid markers may be used to trace cultivation methods of Cannabis sp. now and become a more powerful marker in the future, once the mechanism(s) behind these patterns is uncovered.