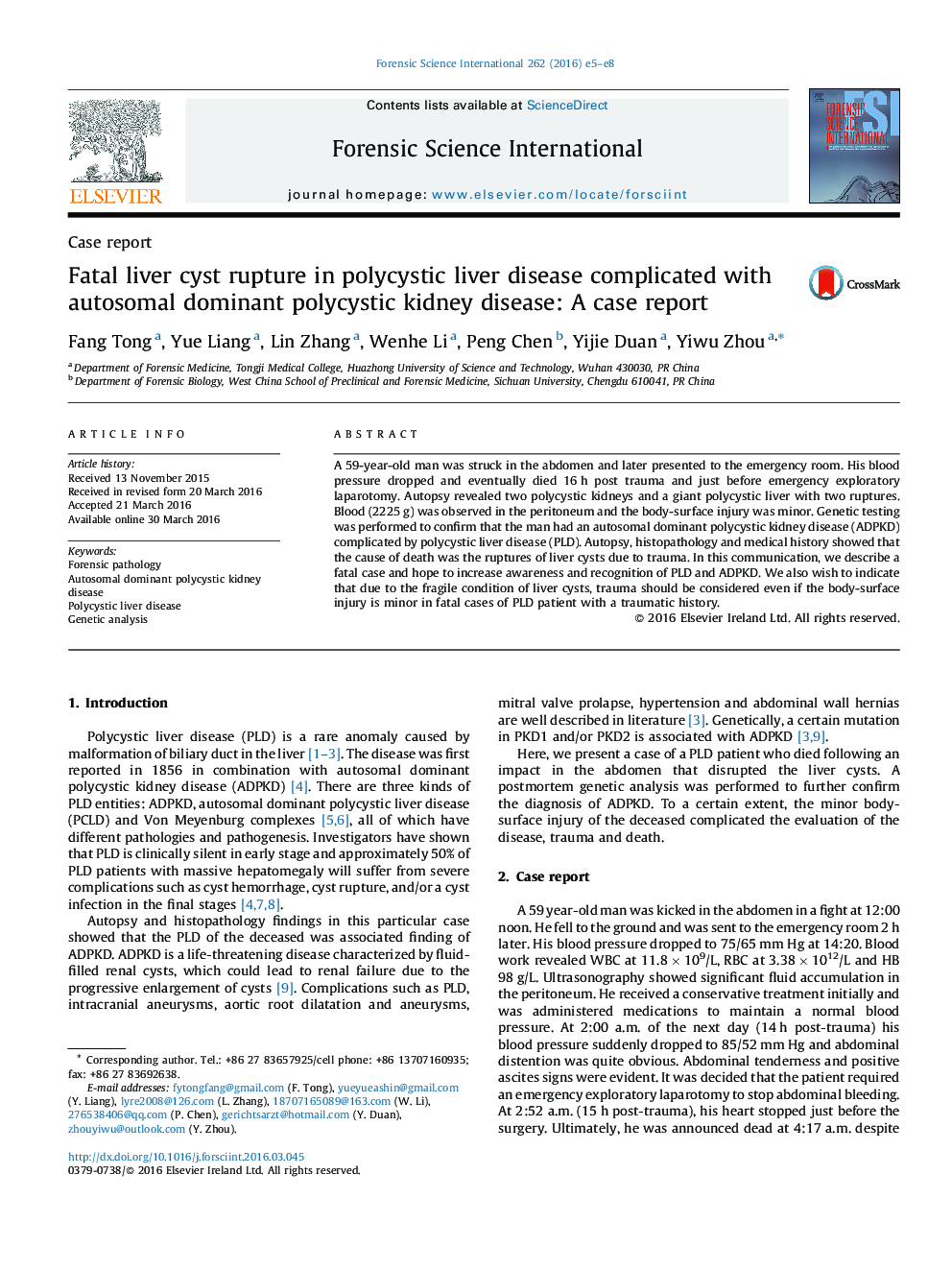 • There are only a few reports of fatal cases about PLD and ADPKD.
• Analysis of a complex relationship among trauma, disease and death is involved.
• Genetic analysis plays an important role in the diagnosis of PLD.
• All the data in this report are consistent with the literature.

A 59-year-old man was struck in the abdomen and later presented to the emergency room. His blood pressure dropped and eventually died 16 h post trauma and just before emergency exploratory laparotomy. Autopsy revealed two polycystic kidneys and a giant polycystic liver with two ruptures. Blood (2225 g) was observed in the peritoneum and the body-surface injury was minor. Genetic testing was performed to confirm that the man had an autosomal dominant polycystic kidney disease (ADPKD) complicated by polycystic liver disease (PLD). Autopsy, histopathology and medical history showed that the cause of death was the ruptures of liver cysts due to trauma. In this communication, we describe a fatal case and hope to increase awareness and recognition of PLD and ADPKD. We also wish to indicate that due to the fragile condition of liver cysts, trauma should be considered even if the body-surface injury is minor in fatal cases of PLD patient with a traumatic history.