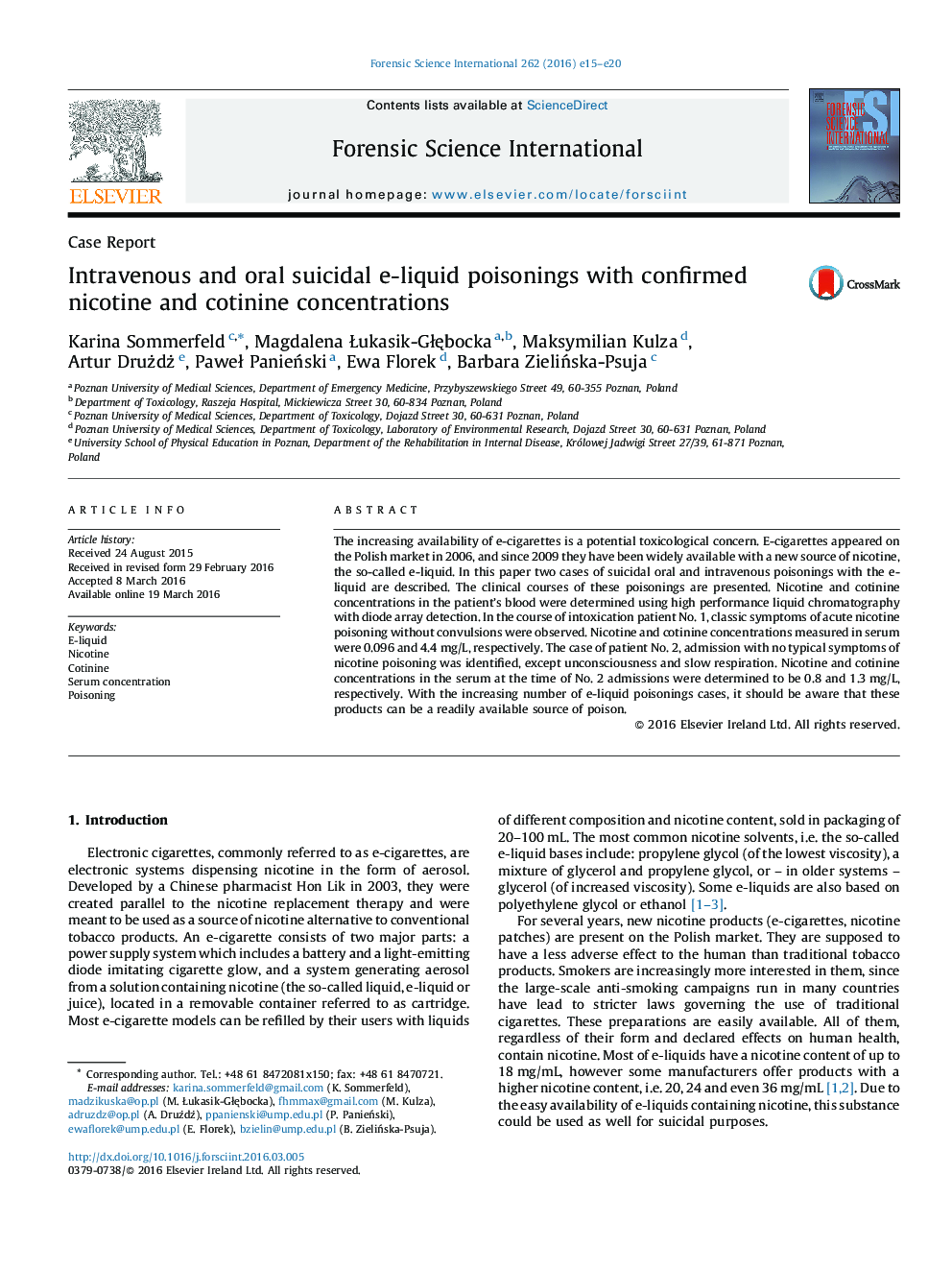 • Risk of growing popularity of e-cigarettes and toxicological threat from e-liquids.
• Nicotine e-liquid intoxication via two different routes.
• High nicotine and cotinine concentrations and the course of both poisonings.
• The clinical symptoms and major health consequences.

The increasing availability of e-cigarettes is a potential toxicological concern. E-cigarettes appeared on the Polish market in 2006, and since 2009 they have been widely available with a new source of nicotine, the so-called e-liquid. In this paper two cases of suicidal oral and intravenous poisonings with the e-liquid are described. The clinical courses of these poisonings are presented. Nicotine and cotinine concentrations in the patient's blood were determined using high performance liquid chromatography with diode array detection. In the course of intoxication patient No. 1, classic symptoms of acute nicotine poisoning without convulsions were observed. Nicotine and cotinine concentrations measured in serum were 0.096 and 4.4 mg/L, respectively. The case of patient No. 2, admission with no typical symptoms of nicotine poisoning was identified, except unconsciousness and slow respiration. Nicotine and cotinine concentrations in the serum at the time of No. 2 admissions were determined to be 0.8 and 1.3 mg/L, respectively. With the increasing number of e-liquid poisonings cases, it should be aware that these products can be a readily available source of poison.