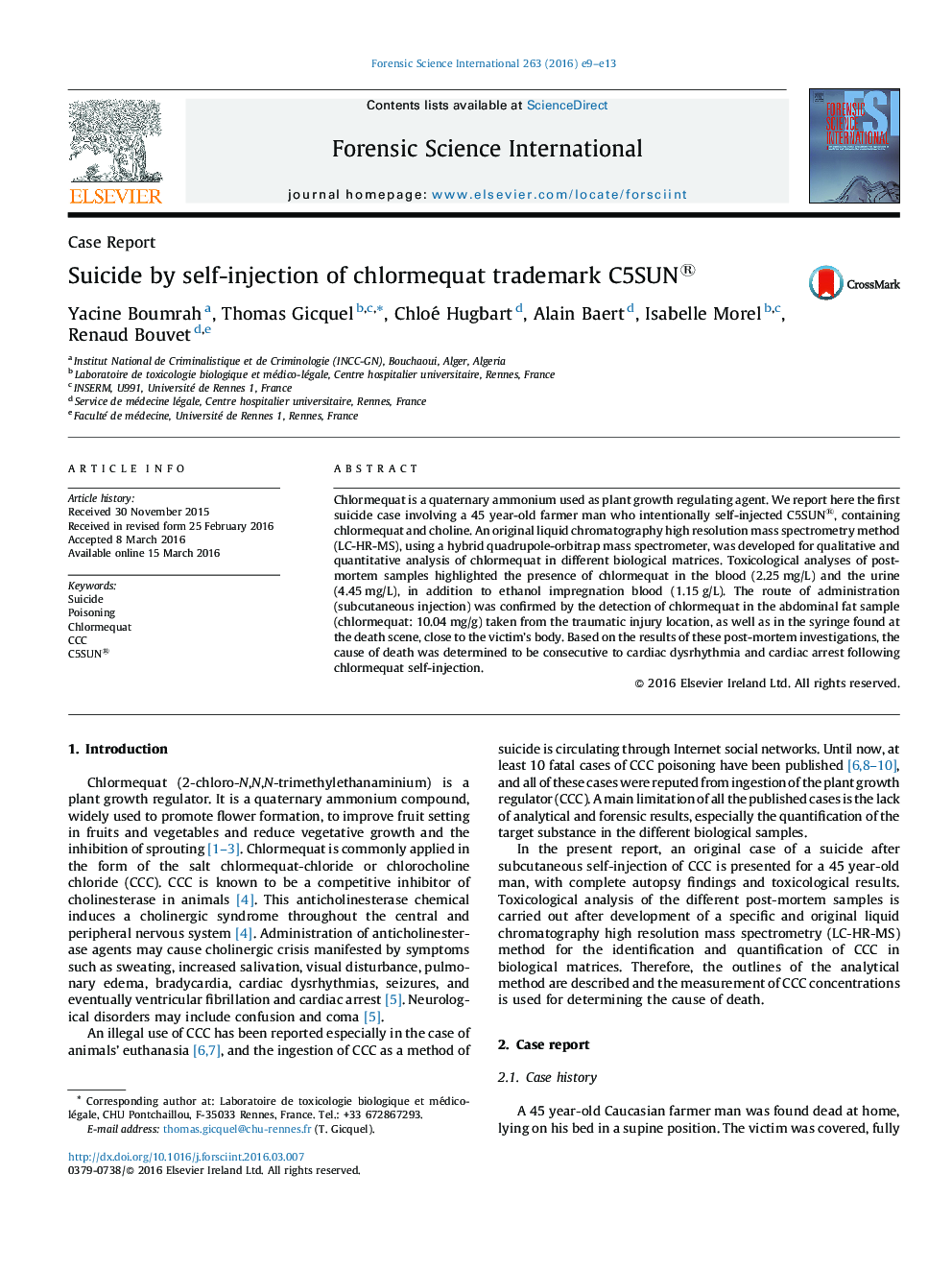 • An original case of a suicide after subcutaneous self-injection of chlormequat (CCC).
• CCC was quantified by LC-HR-MS in blood, urine and fat samples.
• CCC concentrations were measured for the first time in a fatal intoxication case.

Chlormequat is a quaternary ammonium used as plant growth regulating agent. We report here the first suicide case involving a 45 year-old farmer man who intentionally self-injected C5SUN®, containing chlormequat and choline. An original liquid chromatography high resolution mass spectrometry method (LC-HR-MS), using a hybrid quadrupole-orbitrap mass spectrometer, was developed for qualitative and quantitative analysis of chlormequat in different biological matrices. Toxicological analyses of post-mortem samples highlighted the presence of chlormequat in the blood (2.25 mg/L) and the urine (4.45 mg/L), in addition to ethanol impregnation blood (1.15 g/L). The route of administration (subcutaneous injection) was confirmed by the detection of chlormequat in the abdominal fat sample (chlormequat: 10.04 mg/g) taken from the traumatic injury location, as well as in the syringe found at the death scene, close to the victim's body. Based on the results of these post-mortem investigations, the cause of death was determined to be consecutive to cardiac dysrhythmia and cardiac arrest following chlormequat self-injection.