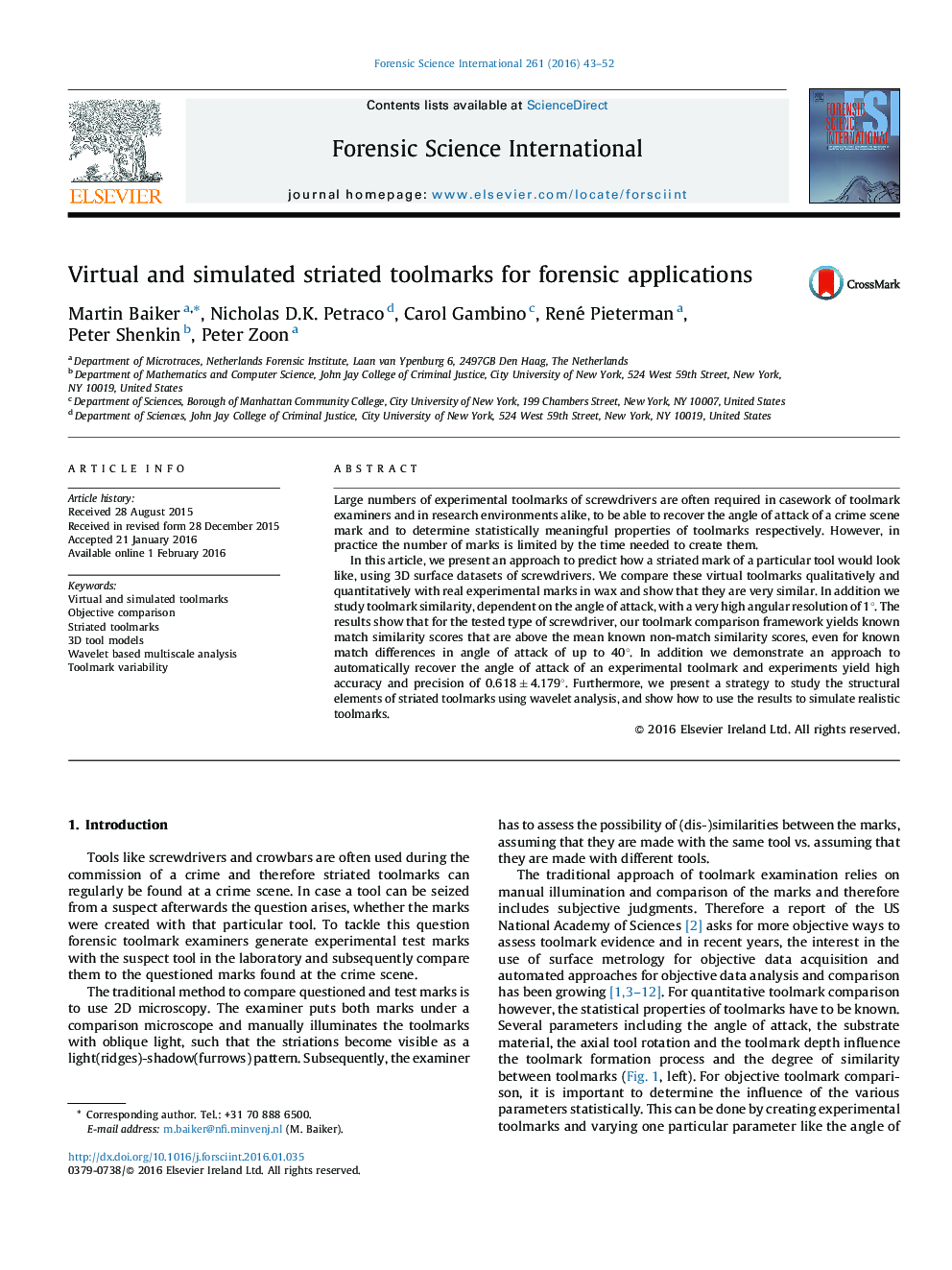 Large numbers of experimental toolmarks of screwdrivers are often required in casework of toolmark examiners and in research environments alike, to be able to recover the angle of attack of a crime scene mark and to determine statistically meaningful properties of toolmarks respectively. However, in practice the number of marks is limited by the time needed to create them.In this article, we present an approach to predict how a striated mark of a particular tool would look like, using 3D surface datasets of screwdrivers. We compare these virtual toolmarks qualitatively and quantitatively with real experimental marks in wax and show that they are very similar. In addition we study toolmark similarity, dependent on the angle of attack, with a very high angular resolution of 1°. The results show that for the tested type of screwdriver, our toolmark comparison framework yields known match similarity scores that are above the mean known non-match similarity scores, even for known match differences in angle of attack of up to 40°. In addition we demonstrate an approach to automatically recover the angle of attack of an experimental toolmark and experiments yield high accuracy and precision of 0.618 ± 4.179°. Furthermore, we present a strategy to study the structural elements of striated toolmarks using wavelet analysis, and show how to use the results to simulate realistic toolmarks.