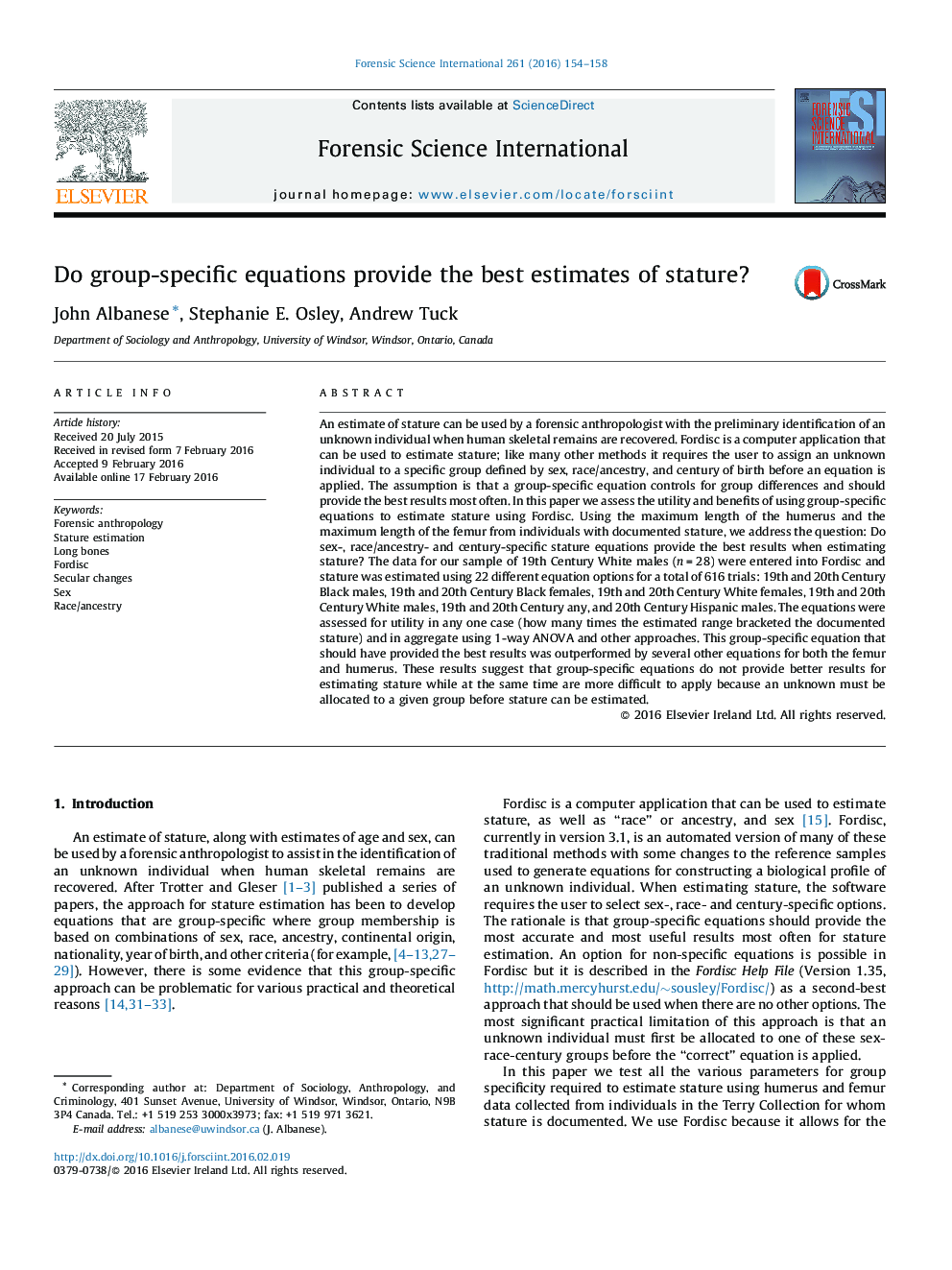 • Group-specificity for stature equations was tested with humerus and femur data.
• Various combinations of sex/race/century-specific options in Fordisc 3.1 were assessed.
• Group-specific equations do not provide the best estimates of stature.
• The humerus was found to be as effective as the femur in estimating stature.

An estimate of stature can be used by a forensic anthropologist with the preliminary identification of an unknown individual when human skeletal remains are recovered. Fordisc is a computer application that can be used to estimate stature; like many other methods it requires the user to assign an unknown individual to a specific group defined by sex, race/ancestry, and century of birth before an equation is applied. The assumption is that a group-specific equation controls for group differences and should provide the best results most often. In this paper we assess the utility and benefits of using group-specific equations to estimate stature using Fordisc. Using the maximum length of the humerus and the maximum length of the femur from individuals with documented stature, we address the question: Do sex-, race/ancestry- and century-specific stature equations provide the best results when estimating stature? The data for our sample of 19th Century White males (n = 28) were entered into Fordisc and stature was estimated using 22 different equation options for a total of 616 trials: 19th and 20th Century Black males, 19th and 20th Century Black females, 19th and 20th Century White females, 19th and 20th Century White males, 19th and 20th Century any, and 20th Century Hispanic males. The equations were assessed for utility in any one case (how many times the estimated range bracketed the documented stature) and in aggregate using 1-way ANOVA and other approaches. This group-specific equation that should have provided the best results was outperformed by several other equations for both the femur and humerus. These results suggest that group-specific equations do not provide better results for estimating stature while at the same time are more difficult to apply because an unknown must be allocated to a given group before stature can be estimated.