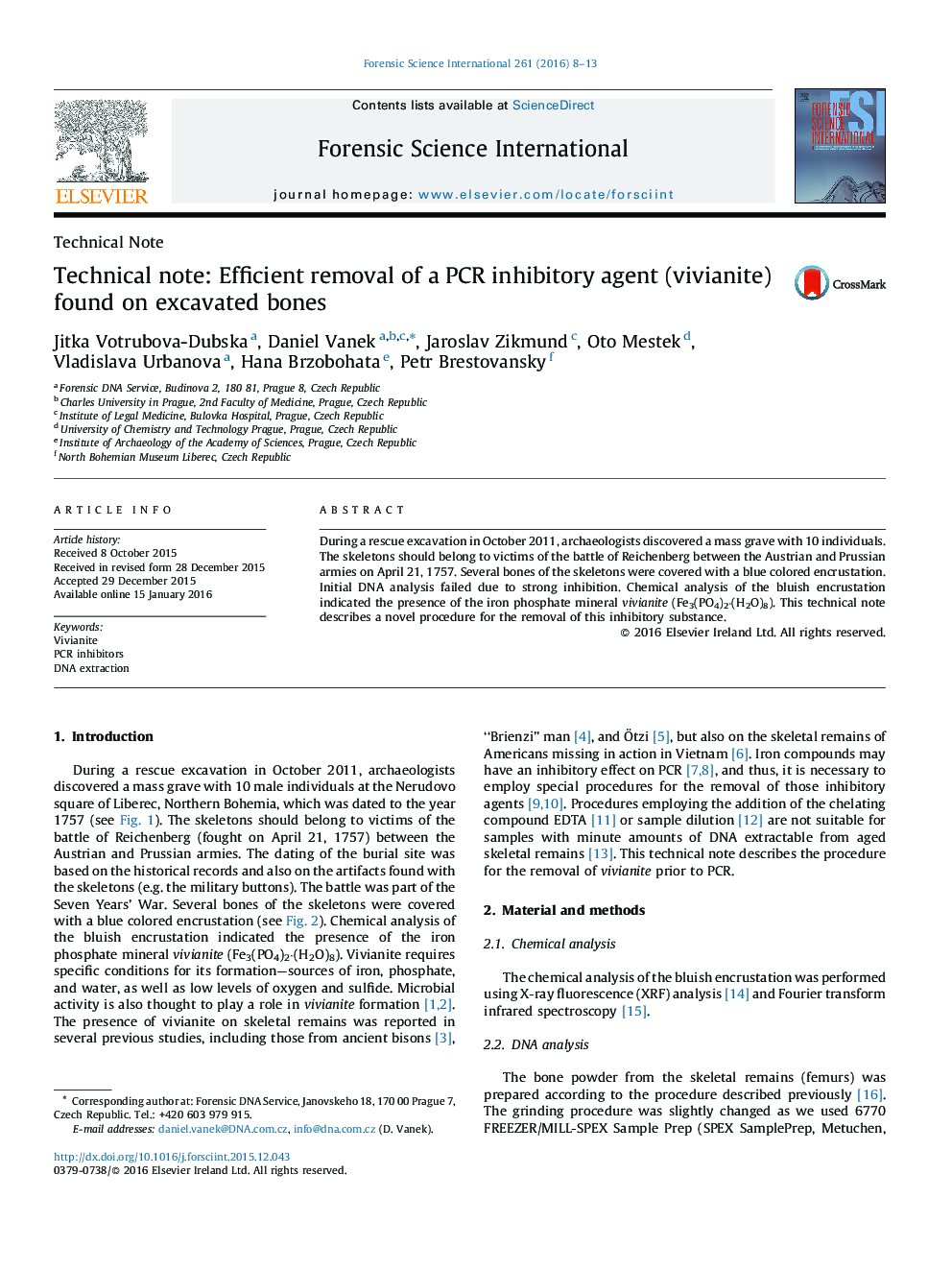 • We developed a novel procedure for the efficient removal of vivianite.
• Novel steps include pre-extraction cleaning and post-extraction dialysis.
• The DNA typing success rate was increased to 100%.

During a rescue excavation in October 2011, archaeologists discovered a mass grave with 10 individuals. The skeletons should belong to victims of the battle of Reichenberg between the Austrian and Prussian armies on April 21, 1757. Several bones of the skeletons were covered with a blue colored encrustation. Initial DNA analysis failed due to strong inhibition. Chemical analysis of the bluish encrustation indicated the presence of the iron phosphate mineral vivianite (Fe3(PO4)2·(H2O)8). This technical note describes a novel procedure for the removal of this inhibitory substance.