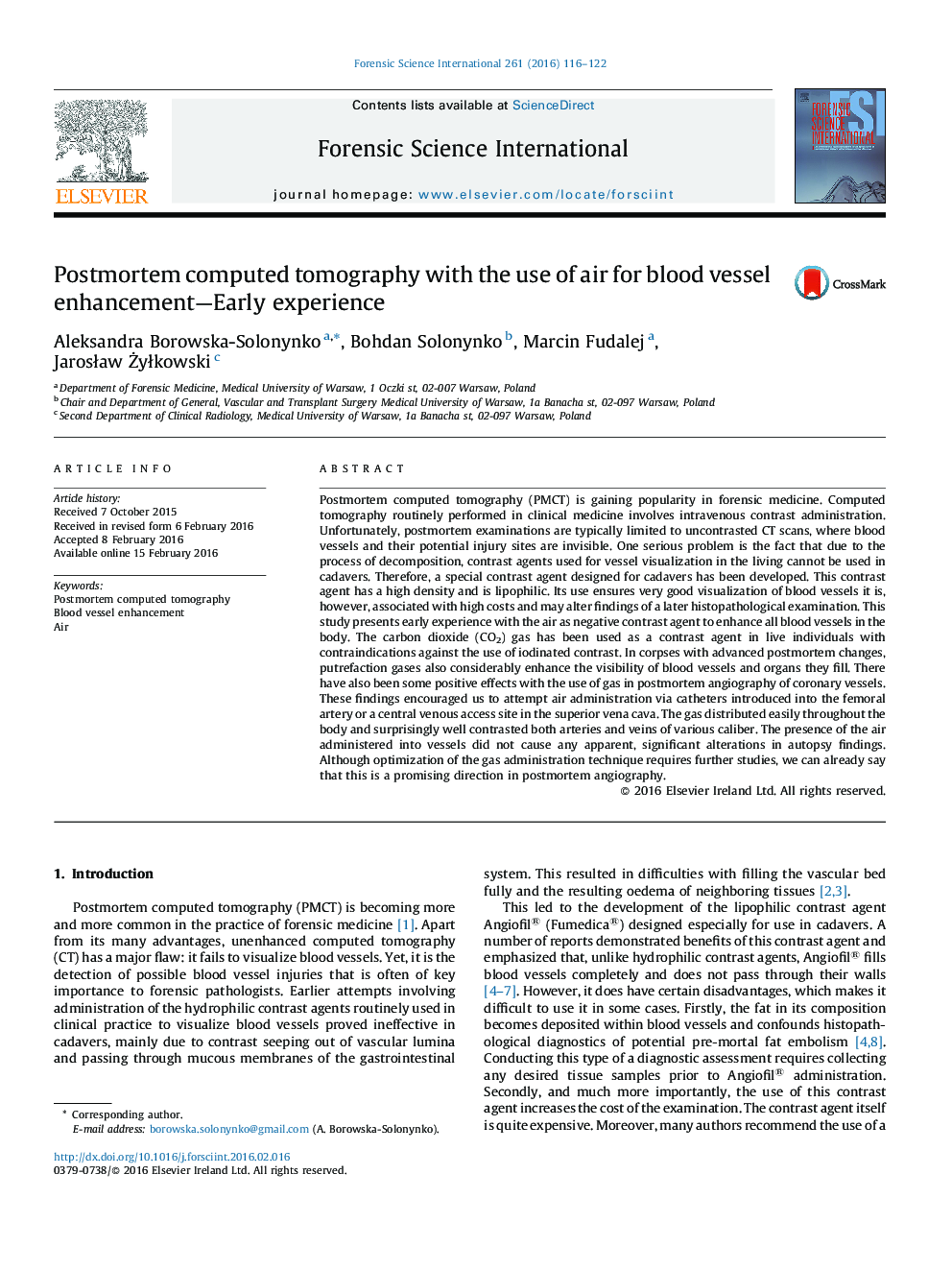 • This study involves administration of air into cadavers in order to enhance blood vessels in postmortem computed tomography.
• The administered air is easily distributed throughout the body.
• We achieved good visualization of arteries and veins of various caliber.
• Autopsy findings showed no alterations associated with air contrast administration.

Postmortem computed tomography (PMCT) is gaining popularity in forensic medicine. Computed tomography routinely performed in clinical medicine involves intravenous contrast administration. Unfortunately, postmortem examinations are typically limited to uncontrasted CT scans, where blood vessels and their potential injury sites are invisible. One serious problem is the fact that due to the process of decomposition, contrast agents used for vessel visualization in the living cannot be used in cadavers. Therefore, a special contrast agent designed for cadavers has been developed. This contrast agent has a high density and is lipophilic. Its use ensures very good visualization of blood vessels it is, however, associated with high costs and may alter findings of a later histopathological examination. This study presents early experience with the air as negative contrast agent to enhance all blood vessels in the body. The carbon dioxide (CO2) gas has been used as a contrast agent in live individuals with contraindications against the use of iodinated contrast. In corpses with advanced postmortem changes, putrefaction gases also considerably enhance the visibility of blood vessels and organs they fill. There have also been some positive effects with the use of gas in postmortem angiography of coronary vessels. These findings encouraged us to attempt air administration via catheters introduced into the femoral artery or a central venous access site in the superior vena cava. The gas distributed easily throughout the body and surprisingly well contrasted both arteries and veins of various caliber. The presence of the air administered into vessels did not cause any apparent, significant alterations in autopsy findings. Although optimization of the gas administration technique requires further studies, we can already say that this is a promising direction in postmortem angiography.