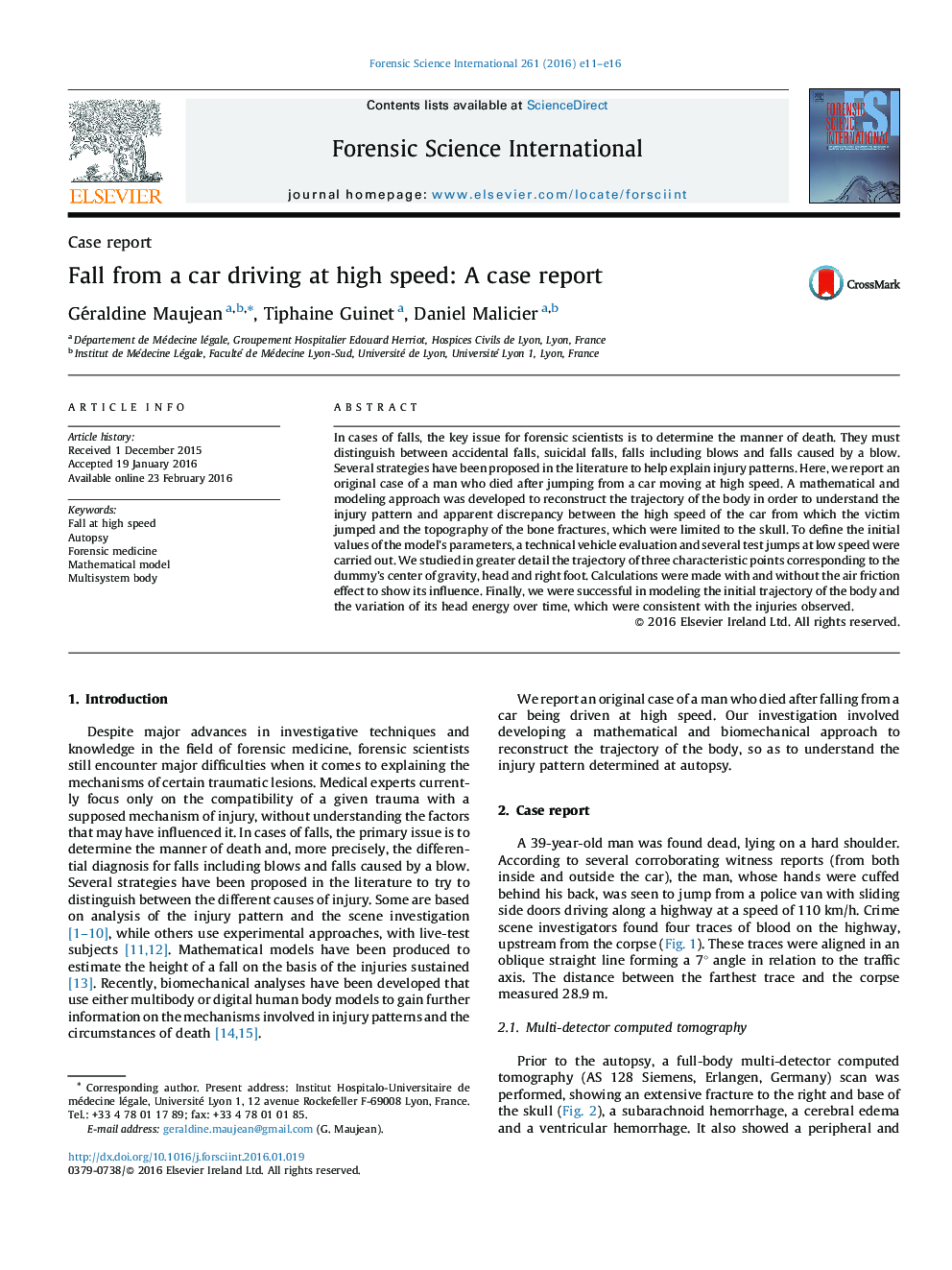 In cases of falls, the key issue for forensic scientists is to determine the manner of death. They must distinguish between accidental falls, suicidal falls, falls including blows and falls caused by a blow. Several strategies have been proposed in the literature to help explain injury patterns. Here, we report an original case of a man who died after jumping from a car moving at high speed. A mathematical and modeling approach was developed to reconstruct the trajectory of the body in order to understand the injury pattern and apparent discrepancy between the high speed of the car from which the victim jumped and the topography of the bone fractures, which were limited to the skull. To define the initial values of the model's parameters, a technical vehicle evaluation and several test jumps at low speed were carried out. We studied in greater detail the trajectory of three characteristic points corresponding to the dummy's center of gravity, head and right foot. Calculations were made with and without the air friction effect to show its influence. Finally, we were successful in modeling the initial trajectory of the body and the variation of its head energy over time, which were consistent with the injuries observed.