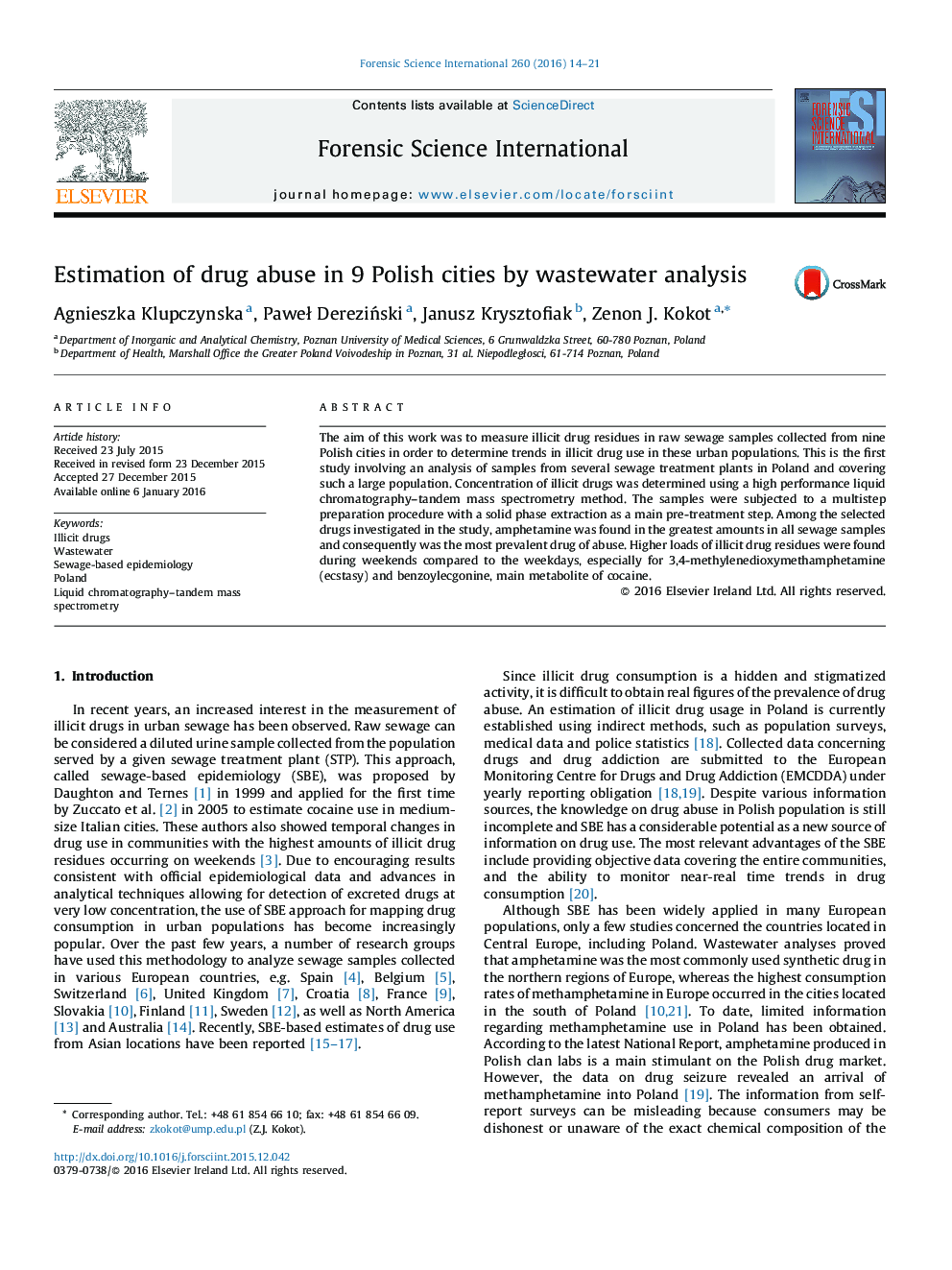 • Sewage-based epidemiology was applied for 9 Polish cities for the first time.
• Among the studied drugs amphetamine was found to be the most used in Poland.
• The acquired profiles of drug use were similar to those of Scandinavian and Benelux countries.

The aim of this work was to measure illicit drug residues in raw sewage samples collected from nine Polish cities in order to determine trends in illicit drug use in these urban populations. This is the first study involving an analysis of samples from several sewage treatment plants in Poland and covering such a large population. Concentration of illicit drugs was determined using a high performance liquid chromatography–tandem mass spectrometry method. The samples were subjected to a multistep preparation procedure with a solid phase extraction as a main pre-treatment step. Among the selected drugs investigated in the study, amphetamine was found in the greatest amounts in all sewage samples and consequently was the most prevalent drug of abuse. Higher loads of illicit drug residues were found during weekends compared to the weekdays, especially for 3,4-methylenedioxymethamphetamine (ecstasy) and benzoylecgonine, main metabolite of cocaine.