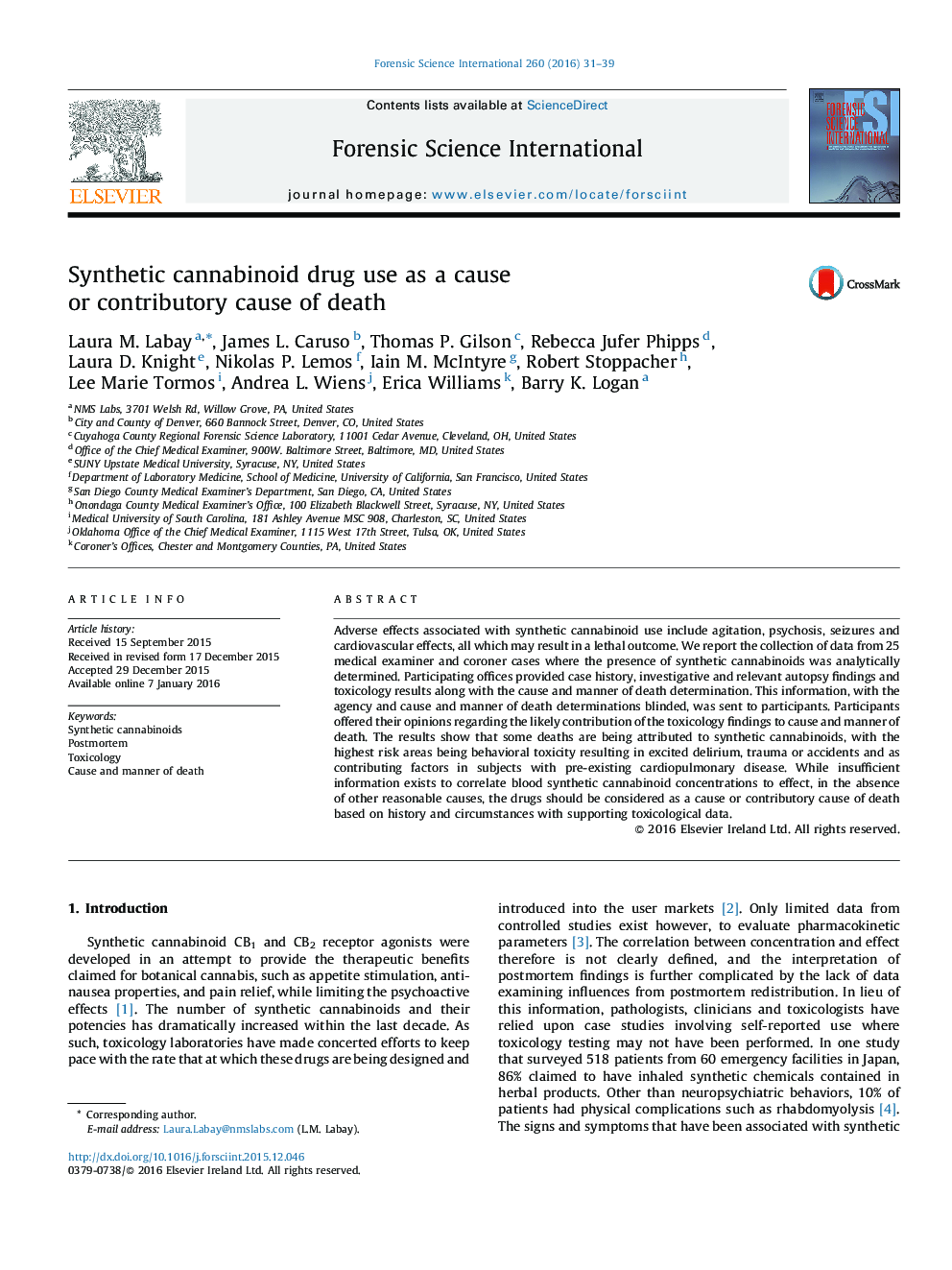 • Synthetic cannabinoid use has been associated with lethal outcomes.
• Pre-existing conditions may produce greater risk for a fatal case outcome.
• Differences of opinion exist regarding cause and manner of death determination.

Adverse effects associated with synthetic cannabinoid use include agitation, psychosis, seizures and cardiovascular effects, all which may result in a lethal outcome. We report the collection of data from 25 medical examiner and coroner cases where the presence of synthetic cannabinoids was analytically determined. Participating offices provided case history, investigative and relevant autopsy findings and toxicology results along with the cause and manner of death determination. This information, with the agency and cause and manner of death determinations blinded, was sent to participants. Participants offered their opinions regarding the likely contribution of the toxicology findings to cause and manner of death. The results show that some deaths are being attributed to synthetic cannabinoids, with the highest risk areas being behavioral toxicity resulting in excited delirium, trauma or accidents and as contributing factors in subjects with pre-existing cardiopulmonary disease. While insufficient information exists to correlate blood synthetic cannabinoid concentrations to effect, in the absence of other reasonable causes, the drugs should be considered as a cause or contributory cause of death based on history and circumstances with supporting toxicological data.