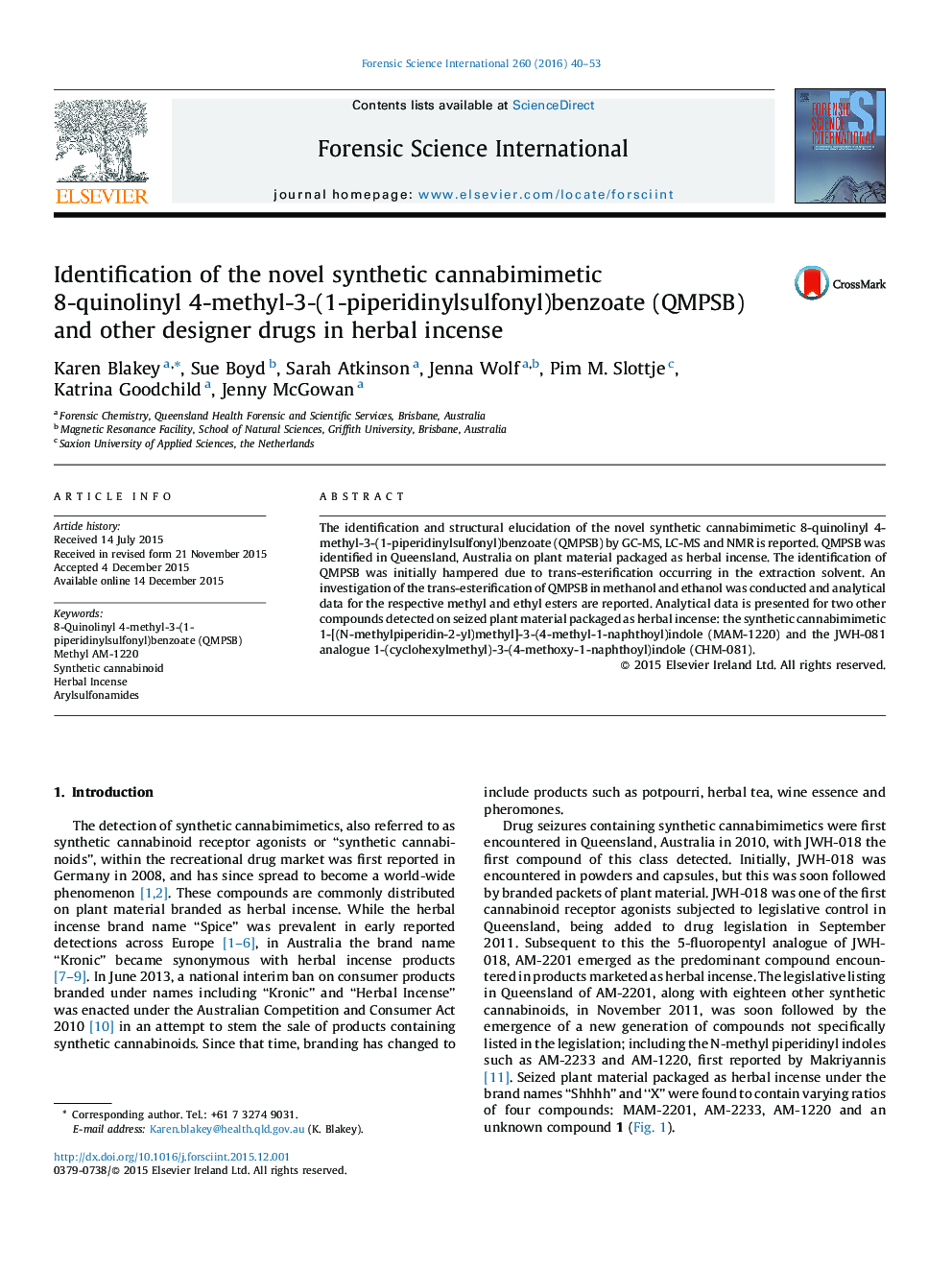 The identification and structural elucidation of the novel synthetic cannabimimetic 8-quinolinyl 4-methyl-3-(1-piperidinylsulfonyl)benzoate (QMPSB) by GC-MS, LC-MS and NMR is reported. QMPSB was identified in Queensland, Australia on plant material packaged as herbal incense. The identification of QMPSB was initially hampered due to trans-esterification occurring in the extraction solvent. An investigation of the trans-esterification of QMPSB in methanol and ethanol was conducted and analytical data for the respective methyl and ethyl esters are reported. Analytical data is presented for two other compounds detected on seized plant material packaged as herbal incense: the synthetic cannabimimetic 1-[(N-methylpiperidin-2-yl)methyl]-3-(4-methyl-1-naphthoyl)indole (MAM-1220) and the JWH-081 analogue 1-(cyclohexylmethyl)-3-(4-methoxy-1-naphthoyl)indole (CHM-081).