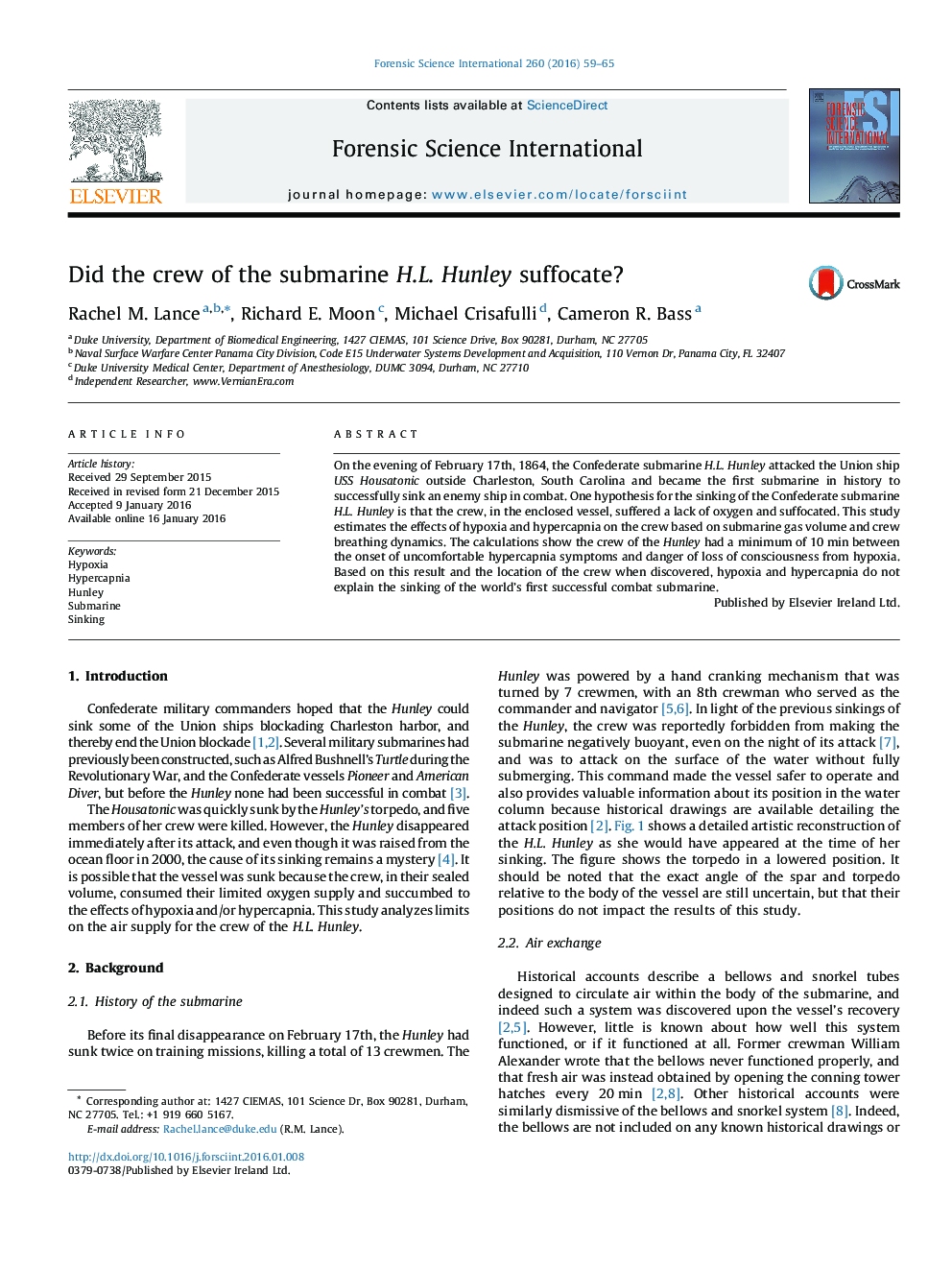 • In 1864 the H.L. Hunley became the first submarine to sink an enemy ship in combat.
• The Hunley sank immediately afterwards, with no attempts by the crew to escape.
• The leading theory was that the crew suffocated within the closed hull.
• Hypercapnia symptoms would have onset long before risk of loss of consciousness.
• Therefore, asphyxiation most likely did not cause the sinking.

On the evening of February 17th, 1864, the Confederate submarine H.L. Hunley attacked the Union ship USS Housatonic outside Charleston, South Carolina and became the first submarine in history to successfully sink an enemy ship in combat. One hypothesis for the sinking of the Confederate submarine H.L. Hunley is that the crew, in the enclosed vessel, suffered a lack of oxygen and suffocated. This study estimates the effects of hypoxia and hypercapnia on the crew based on submarine gas volume and crew breathing dynamics. The calculations show the crew of the Hunley had a minimum of 10 min between the onset of uncomfortable hypercapnia symptoms and danger of loss of consciousness from hypoxia. Based on this result and the location of the crew when discovered, hypoxia and hypercapnia do not explain the sinking of the world's first successful combat submarine.