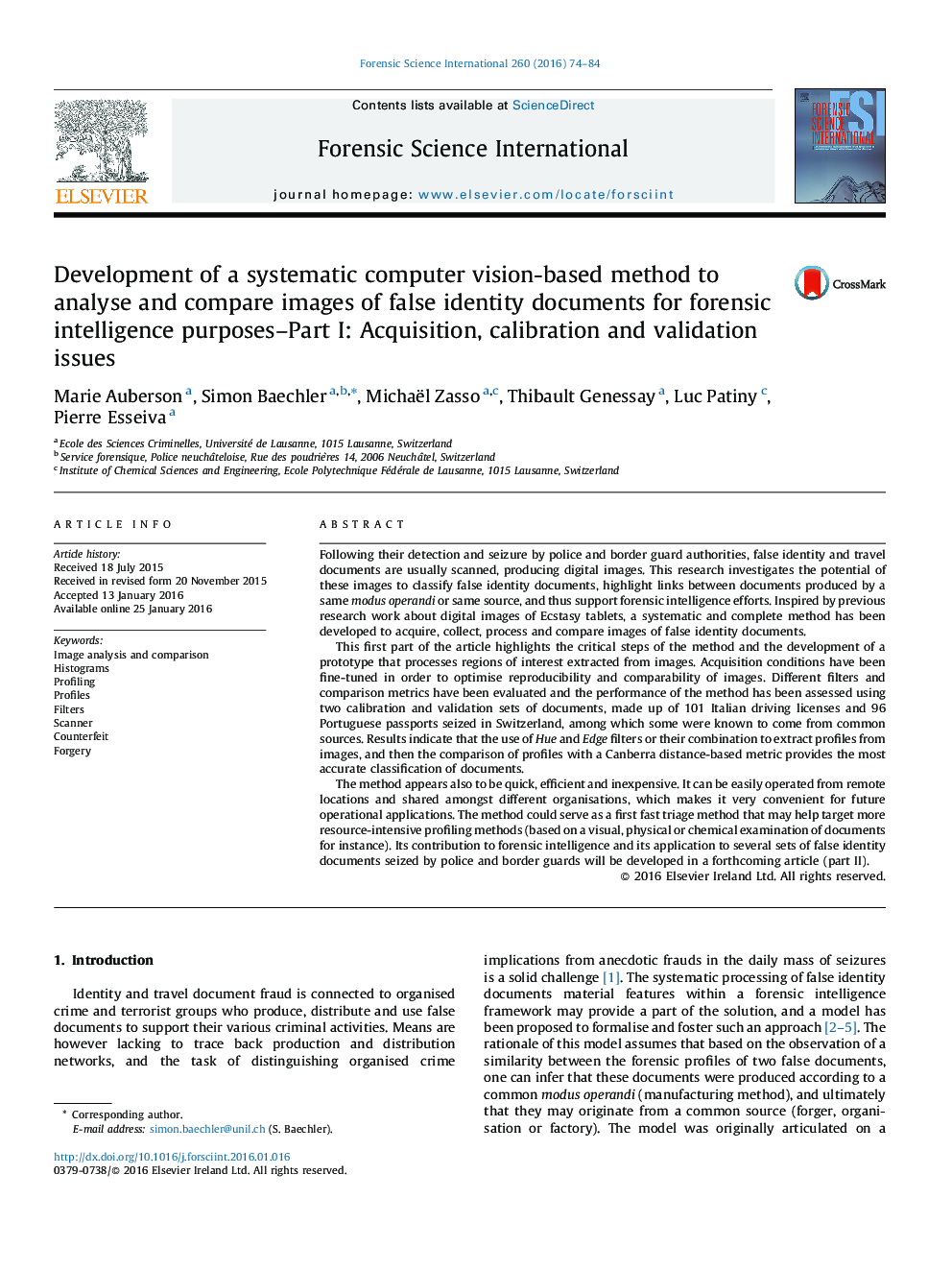 • Quick, efficient and inexpensive method to compare images of false identity documents.
• Critical steps of the method, of its development and its assessment are presented.
• Fast triage method to explore large datasets of seized documents.
• The method can easily be operated and shared among different organisations.

Following their detection and seizure by police and border guard authorities, false identity and travel documents are usually scanned, producing digital images. This research investigates the potential of these images to classify false identity documents, highlight links between documents produced by a same modus operandi or same source, and thus support forensic intelligence efforts. Inspired by previous research work about digital images of Ecstasy tablets, a systematic and complete method has been developed to acquire, collect, process and compare images of false identity documents.This first part of the article highlights the critical steps of the method and the development of a prototype that processes regions of interest extracted from images. Acquisition conditions have been fine-tuned in order to optimise reproducibility and comparability of images. Different filters and comparison metrics have been evaluated and the performance of the method has been assessed using two calibration and validation sets of documents, made up of 101 Italian driving licenses and 96 Portuguese passports seized in Switzerland, among which some were known to come from common sources. Results indicate that the use of Hue and Edge filters or their combination to extract profiles from images, and then the comparison of profiles with a Canberra distance-based metric provides the most accurate classification of documents.The method appears also to be quick, efficient and inexpensive. It can be easily operated from remote locations and shared amongst different organisations, which makes it very convenient for future operational applications. The method could serve as a first fast triage method that may help target more resource-intensive profiling methods (based on a visual, physical or chemical examination of documents for instance). Its contribution to forensic intelligence and its application to several sets of false identity documents seized by police and border guards will be developed in a forthcoming article (part II).