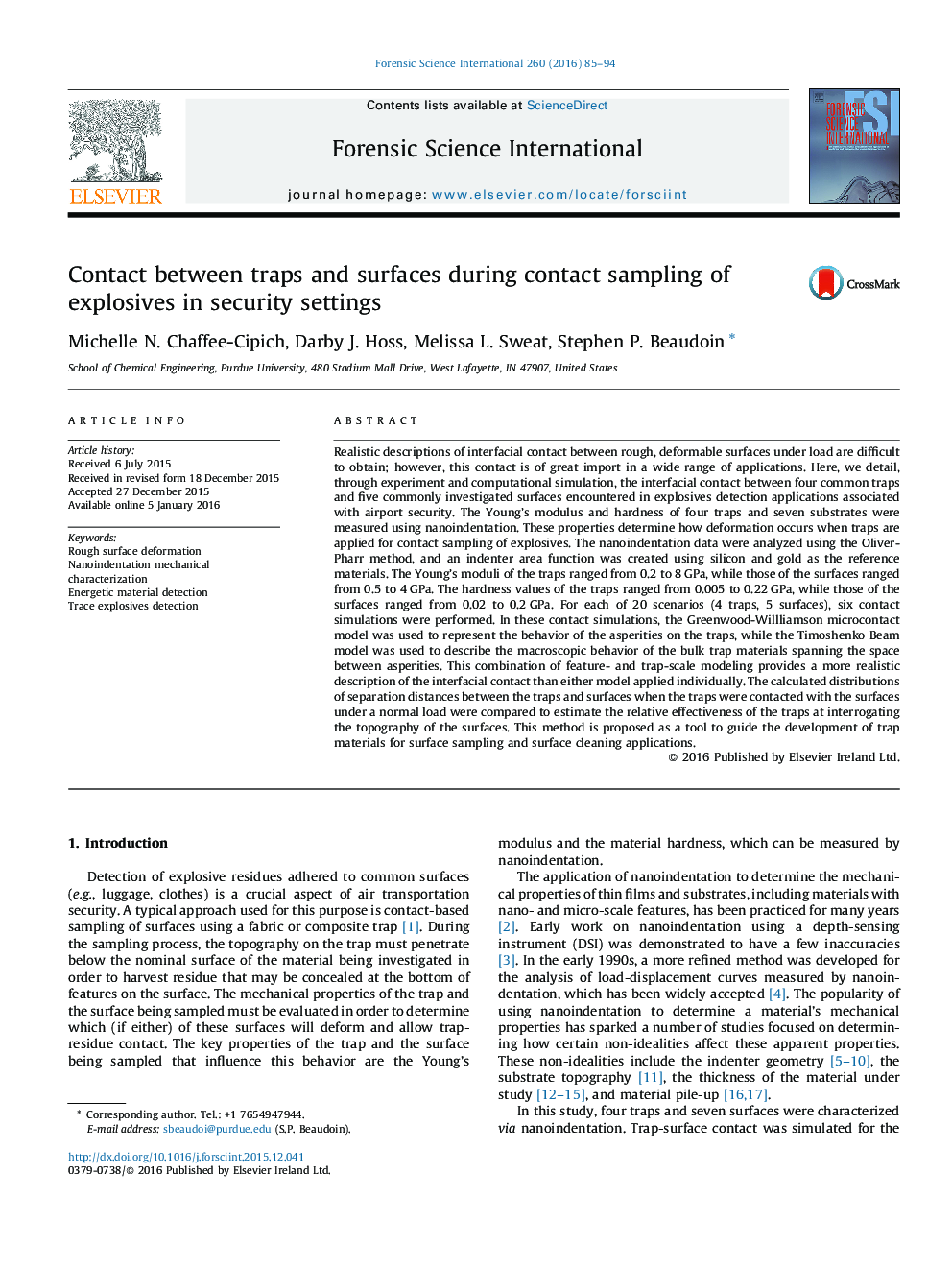 Realistic descriptions of interfacial contact between rough, deformable surfaces under load are difficult to obtain; however, this contact is of great import in a wide range of applications. Here, we detail, through experiment and computational simulation, the interfacial contact between four common traps and five commonly investigated surfaces encountered in explosives detection applications associated with airport security. The Young's modulus and hardness of four traps and seven substrates were measured using nanoindentation. These properties determine how deformation occurs when traps are applied for contact sampling of explosives. The nanoindentation data were analyzed using the Oliver-Pharr method, and an indenter area function was created using silicon and gold as the reference materials. The Young's moduli of the traps ranged from 0.2 to 8 GPa, while those of the surfaces ranged from 0.5 to 4 GPa. The hardness values of the traps ranged from 0.005 to 0.22 GPa, while those of the surfaces ranged from 0.02 to 0.2 GPa. For each of 20 scenarios (4 traps, 5 surfaces), six contact simulations were performed. In these contact simulations, the Greenwood-Willliamson microcontact model was used to represent the behavior of the asperities on the traps, while the Timoshenko Beam model was used to describe the macroscopic behavior of the bulk trap materials spanning the space between asperities. This combination of feature- and trap-scale modeling provides a more realistic description of the interfacial contact than either model applied individually. The calculated distributions of separation distances between the traps and surfaces when the traps were contacted with the surfaces under a normal load were compared to estimate the relative effectiveness of the traps at interrogating the topography of the surfaces. This method is proposed as a tool to guide the development of trap materials for surface sampling and surface cleaning applications.