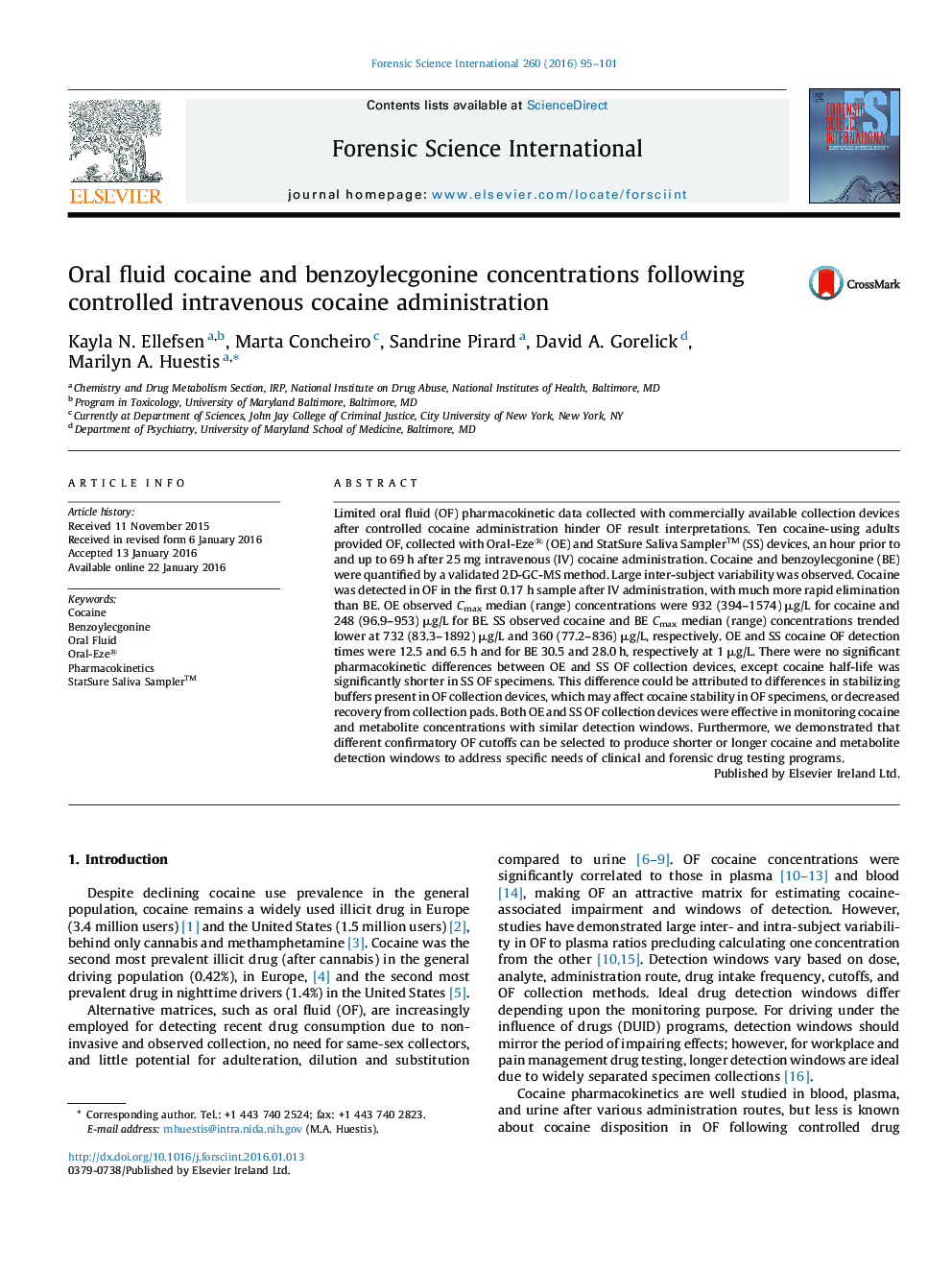 Limited oral fluid (OF) pharmacokinetic data collected with commercially available collection devices after controlled cocaine administration hinder OF result interpretations. Ten cocaine-using adults provided OF, collected with Oral-Eze® (OE) and StatSure Saliva Sampler™ (SS) devices, an hour prior to and up to 69 h after 25 mg intravenous (IV) cocaine administration. Cocaine and benzoylecgonine (BE) were quantified by a validated 2D-GC-MS method. Large inter-subject variability was observed. Cocaine was detected in OF in the first 0.17 h sample after IV administration, with much more rapid elimination than BE. OE observed Cmax median (range) concentrations were 932 (394–1574) μg/L for cocaine and 248 (96.9–953) μg/L for BE. SS observed cocaine and BE Cmax median (range) concentrations trended lower at 732 (83.3–1892) μg/L and 360 (77.2–836) μg/L, respectively. OE and SS cocaine OF detection times were 12.5 and 6.5 h and for BE 30.5 and 28.0 h, respectively at 1 μg/L. There were no significant pharmacokinetic differences between OE and SS OF collection devices, except cocaine half-life was significantly shorter in SS OF specimens. This difference could be attributed to differences in stabilizing buffers present in OF collection devices, which may affect cocaine stability in OF specimens, or decreased recovery from collection pads. Both OE and SS OF collection devices were effective in monitoring cocaine and metabolite concentrations with similar detection windows. Furthermore, we demonstrated that different confirmatory OF cutoffs can be selected to produce shorter or longer cocaine and metabolite detection windows to address specific needs of clinical and forensic drug testing programs.