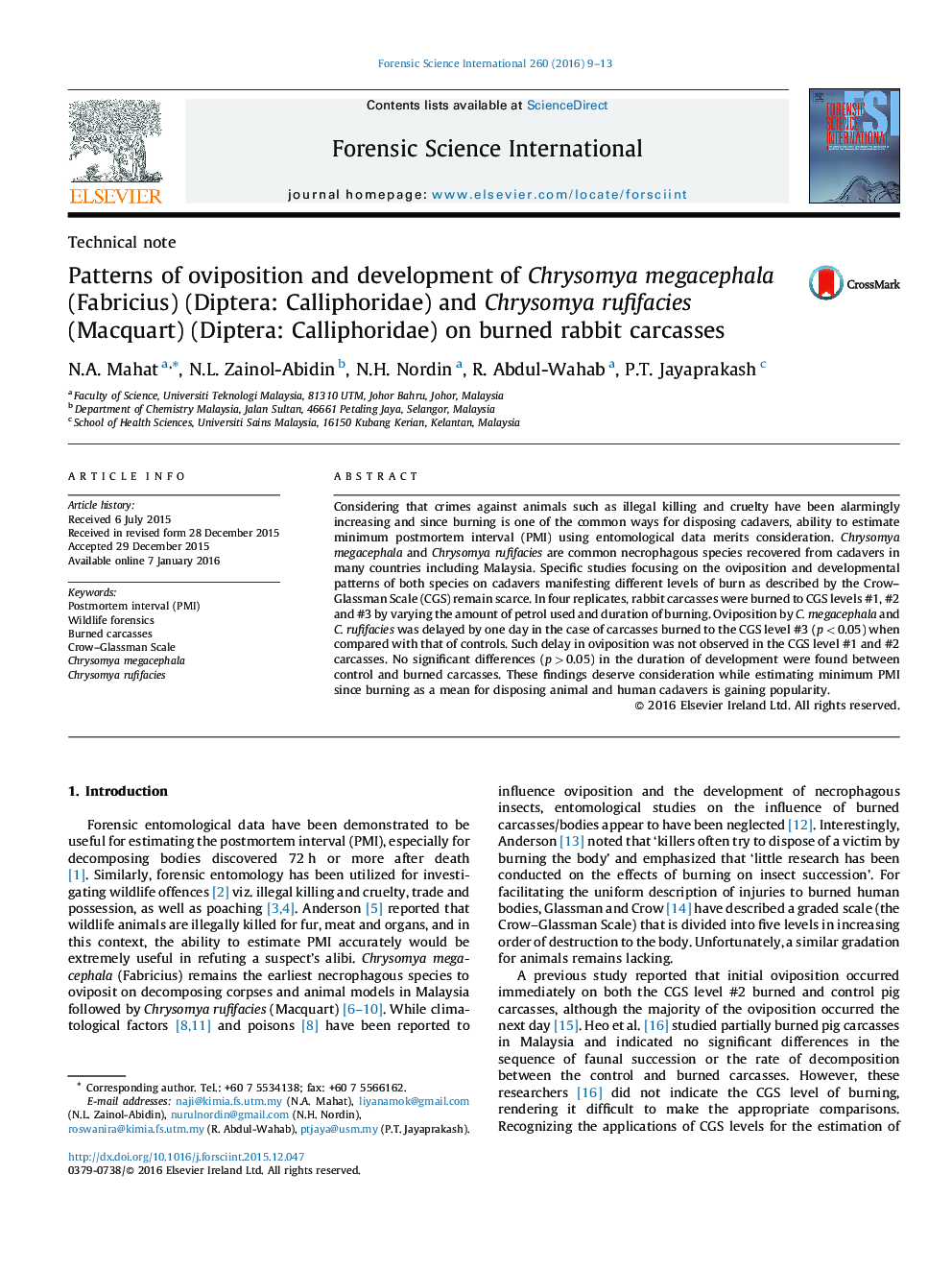 Considering that crimes against animals such as illegal killing and cruelty have been alarmingly increasing and since burning is one of the common ways for disposing cadavers, ability to estimate minimum postmortem interval (PMI) using entomological data merits consideration. Chrysomya megacephala and Chrysomya rufifacies are common necrophagous species recovered from cadavers in many countries including Malaysia. Specific studies focusing on the oviposition and developmental patterns of both species on cadavers manifesting different levels of burn as described by the Crow–Glassman Scale (CGS) remain scarce. In four replicates, rabbit carcasses were burned to CGS levels #1, #2 and #3 by varying the amount of petrol used and duration of burning. Oviposition by C. megacephala and C. rufifacies was delayed by one day in the case of carcasses burned to the CGS level #3 (p < 0.05) when compared with that of controls. Such delay in oviposition was not observed in the CGS level #1 and #2 carcasses. No significant differences (p > 0.05) in the duration of development were found between control and burned carcasses. These findings deserve consideration while estimating minimum PMI since burning as a mean for disposing animal and human cadavers is gaining popularity.