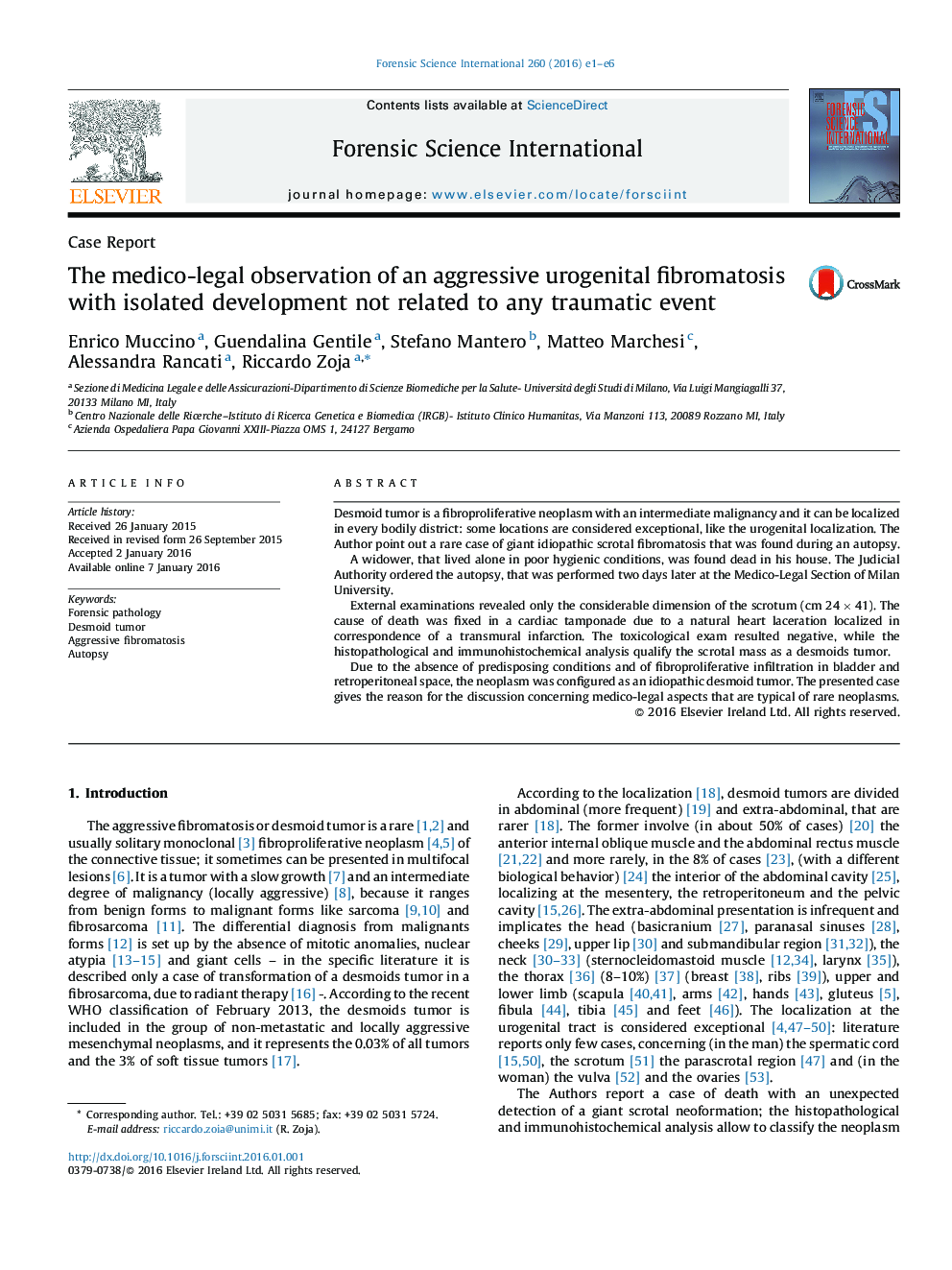 • An unusual tumor was detected as a finding during an autopsy of an old man.
• The man deceased for natural death.
• The neoplasm was localized at the scrotal sack, with exceptional dimension.
• Histopathology and immunohistochemistry confirmed the suspect of a desmoid tumor.
• Some medico-legal aspects of rare neoplasms are provided.

Desmoid tumor is a fibroproliferative neoplasm with an intermediate malignancy and it can be localized in every bodily district: some locations are considered exceptional, like the urogenital localization. The Author point out a rare case of giant idiopathic scrotal fibromatosis that was found during an autopsy.A widower, that lived alone in poor hygienic conditions, was found dead in his house. The Judicial Authority ordered the autopsy, that was performed two days later at the Medico-Legal Section of Milan University.External examinations revealed only the considerable dimension of the scrotum (cm 24 × 41). The cause of death was fixed in a cardiac tamponade due to a natural heart laceration localized in correspondence of a transmural infarction. The toxicological exam resulted negative, while the histopathological and immunohistochemical analysis qualify the scrotal mass as a desmoids tumor.Due to the absence of predisposing conditions and of fibroproliferative infiltration in bladder and retroperitoneal space, the neoplasm was configured as an idiopathic desmoid tumor. The presented case gives the reason for the discussion concerning medico-legal aspects that are typical of rare neoplasms.