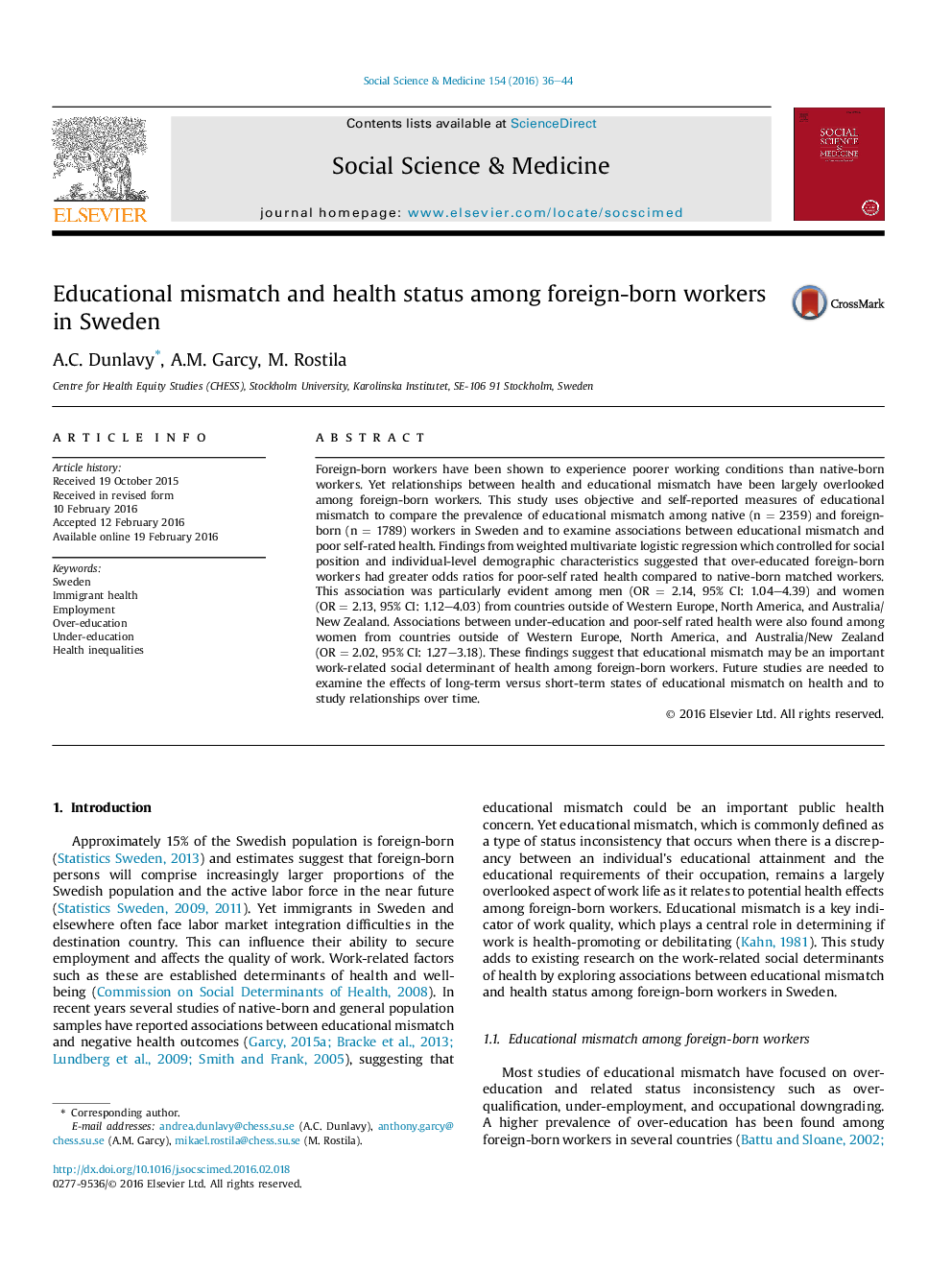 • Associations between educational mismatch and poor self-rated health were examined.
• These associations were compared among foreign-born and native-born workers.
• Both objective and self-reported measures of educational mismatch were used.
• Over-education was associated with poor health among foreign-born workers.
• Under-education was associated with poor health among some foreign-born women.