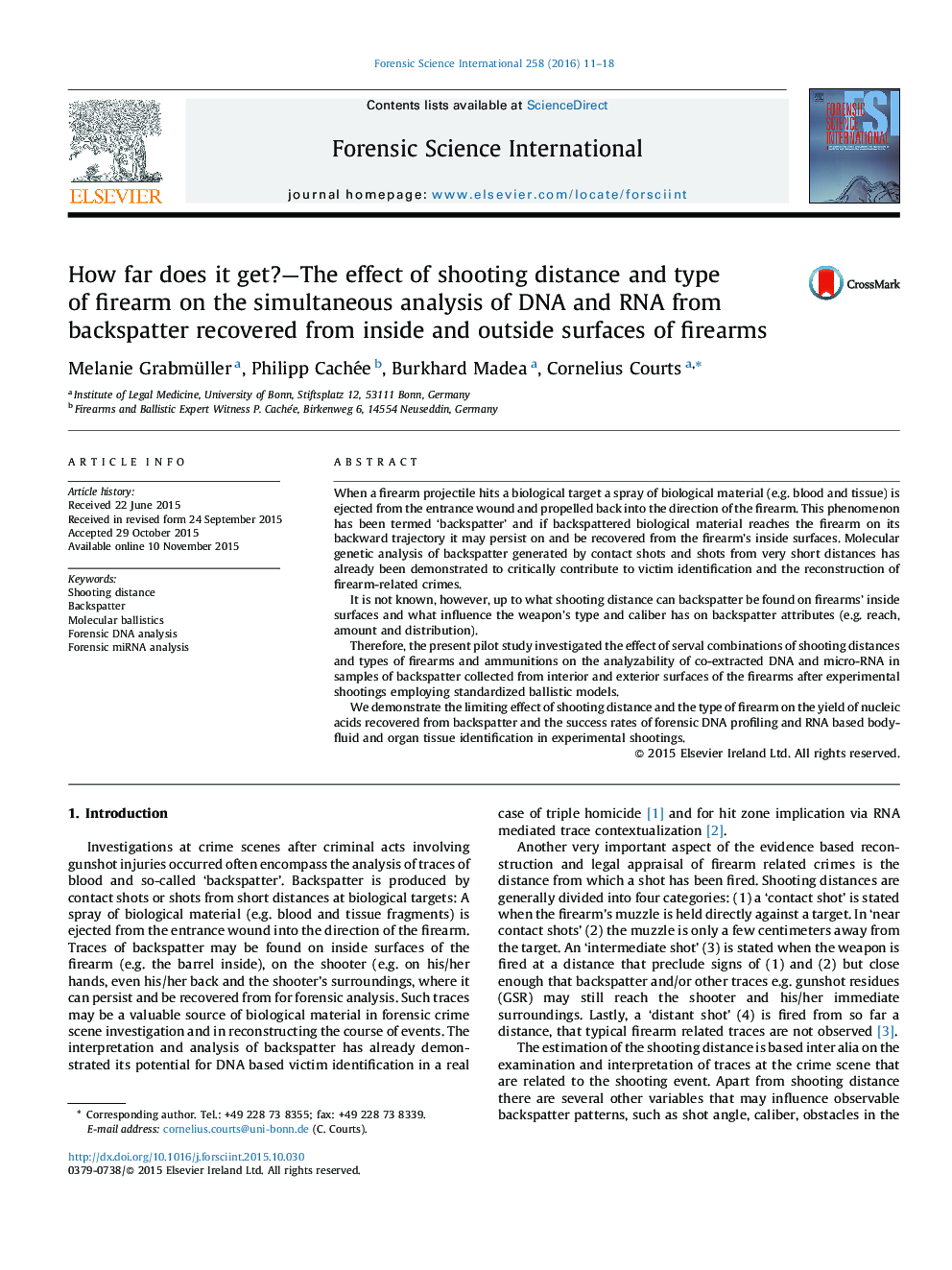 When a firearm projectile hits a biological target a spray of biological material (e.g. blood and tissue) is ejected from the entrance wound and propelled back into the direction of the firearm. This phenomenon has been termed ‘backspatter’ and if backspattered biological material reaches the firearm on its backward trajectory it may persist on and be recovered from the firearm's inside surfaces. Molecular genetic analysis of backspatter generated by contact shots and shots from very short distances has already been demonstrated to critically contribute to victim identification and the reconstruction of firearm-related crimes.It is not known, however, up to what shooting distance can backspatter be found on firearms’ inside surfaces and what influence the weapon's type and caliber has on backspatter attributes (e.g. reach, amount and distribution).Therefore, the present pilot study investigated the effect of serval combinations of shooting distances and types of firearms and ammunitions on the analyzability of co-extracted DNA and micro-RNA in samples of backspatter collected from interior and exterior surfaces of the firearms after experimental shootings employing standardized ballistic models.We demonstrate the limiting effect of shooting distance and the type of firearm on the yield of nucleic acids recovered from backspatter and the success rates of forensic DNA profiling and RNA based body-fluid and organ tissue identification in experimental shootings.