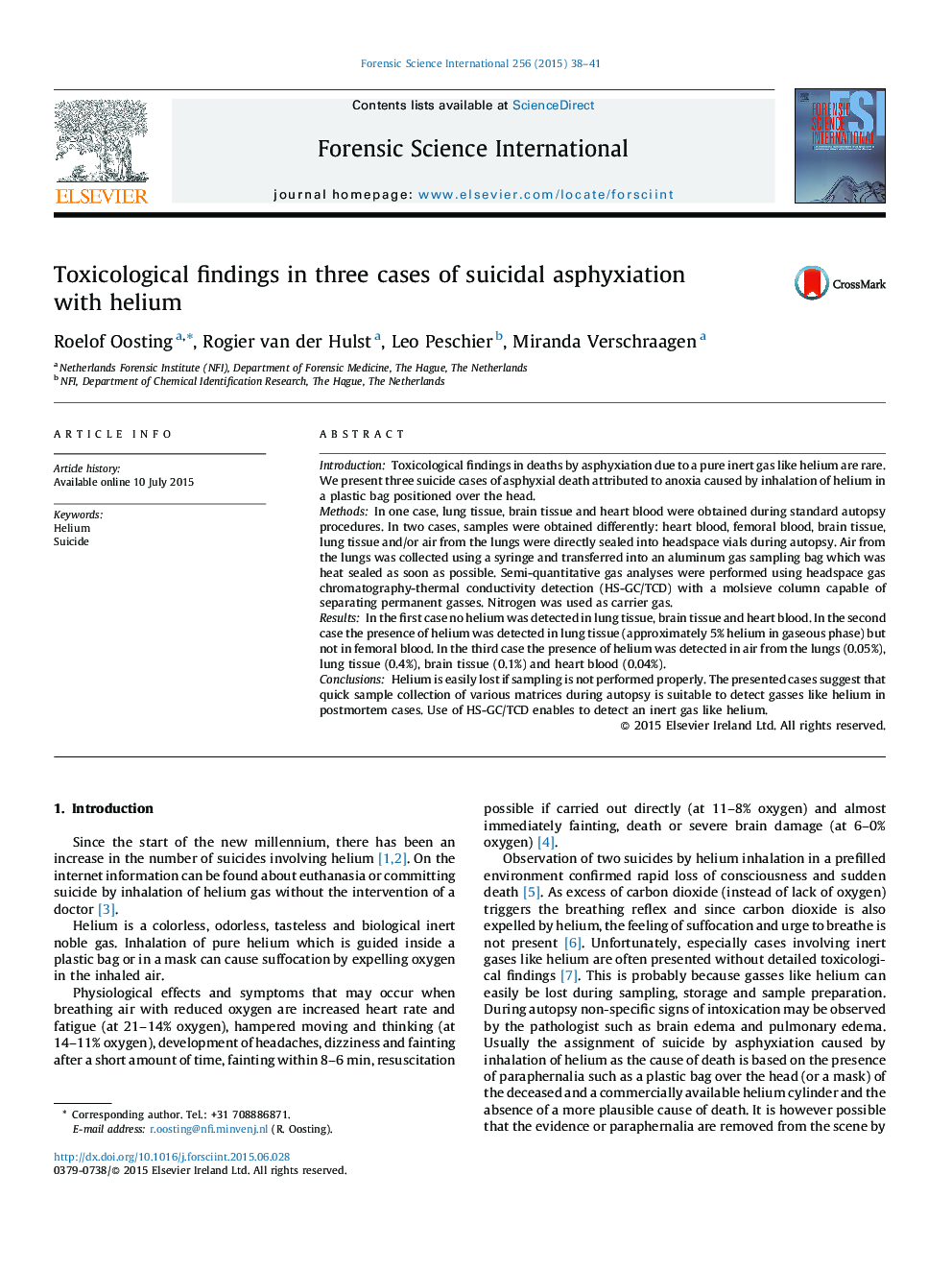 IntroductionToxicological findings in deaths by asphyxiation due to a pure inert gas like helium are rare. We present three suicide cases of asphyxial death attributed to anoxia caused by inhalation of helium in a plastic bag positioned over the head.MethodsIn one case, lung tissue, brain tissue and heart blood were obtained during standard autopsy procedures. In two cases, samples were obtained differently: heart blood, femoral blood, brain tissue, lung tissue and/or air from the lungs were directly sealed into headspace vials during autopsy. Air from the lungs was collected using a syringe and transferred into an aluminum gas sampling bag which was heat sealed as soon as possible. Semi-quantitative gas analyses were performed using headspace gas chromatography-thermal conductivity detection (HS-GC/TCD) with a molsieve column capable of separating permanent gasses. Nitrogen was used as carrier gas.ResultsIn the first case no helium was detected in lung tissue, brain tissue and heart blood. In the second case the presence of helium was detected in lung tissue (approximately 5% helium in gaseous phase) but not in femoral blood. In the third case the presence of helium was detected in air from the lungs (0.05%), lung tissue (0.4%), brain tissue (0.1%) and heart blood (0.04%).ConclusionsHelium is easily lost if sampling is not performed properly. The presented cases suggest that quick sample collection of various matrices during autopsy is suitable to detect gasses like helium in postmortem cases. Use of HS-GC/TCD enables to detect an inert gas like helium.