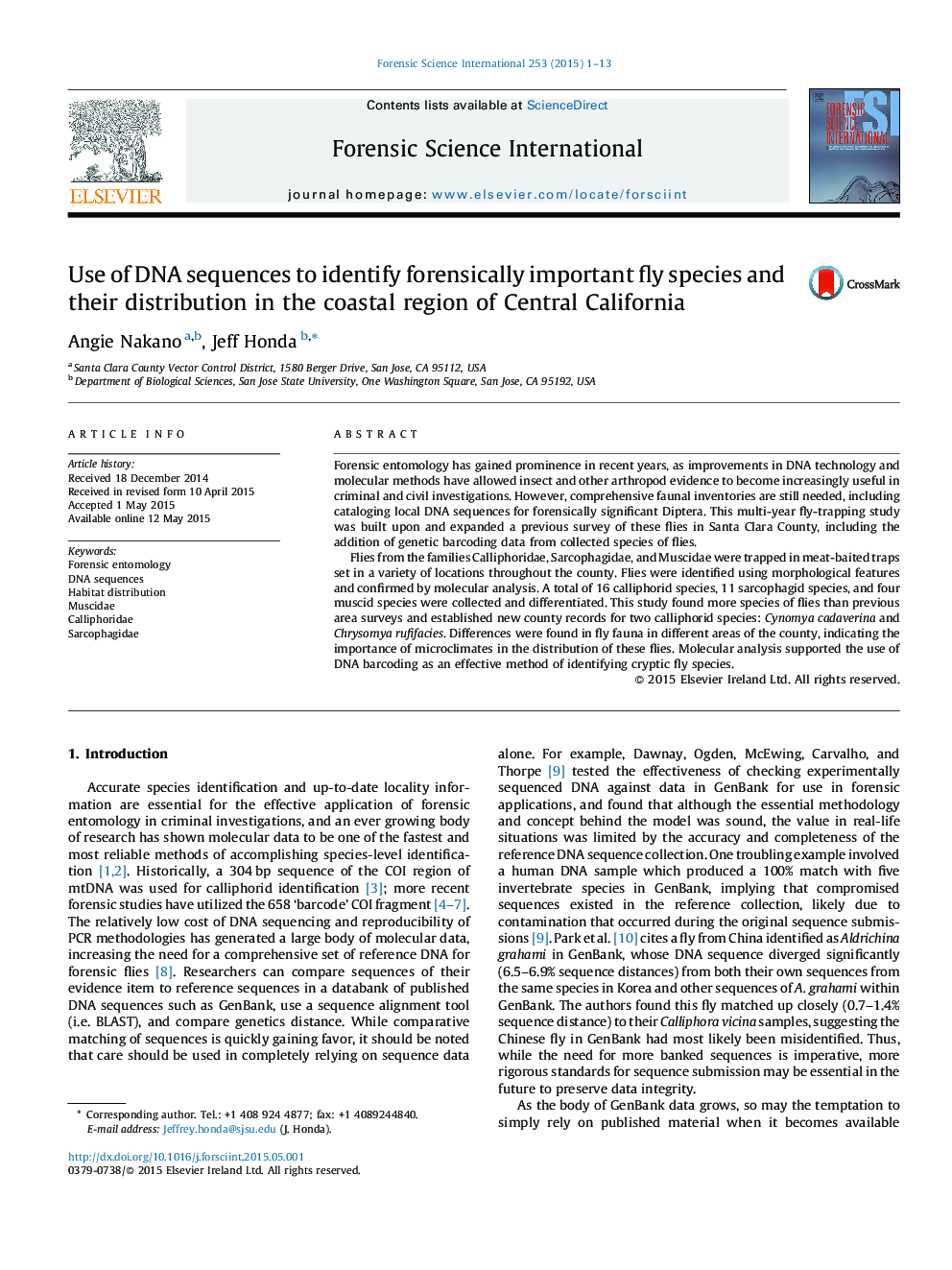 Forensic entomology has gained prominence in recent years, as improvements in DNA technology and molecular methods have allowed insect and other arthropod evidence to become increasingly useful in criminal and civil investigations. However, comprehensive faunal inventories are still needed, including cataloging local DNA sequences for forensically significant Diptera. This multi-year fly-trapping study was built upon and expanded a previous survey of these flies in Santa Clara County, including the addition of genetic barcoding data from collected species of flies.Flies from the families Calliphoridae, Sarcophagidae, and Muscidae were trapped in meat-baited traps set in a variety of locations throughout the county. Flies were identified using morphological features and confirmed by molecular analysis. A total of 16 calliphorid species, 11 sarcophagid species, and four muscid species were collected and differentiated. This study found more species of flies than previous area surveys and established new county records for two calliphorid species: Cynomya cadaverina and Chrysomya rufifacies. Differences were found in fly fauna in different areas of the county, indicating the importance of microclimates in the distribution of these flies. Molecular analysis supported the use of DNA barcoding as an effective method of identifying cryptic fly species.