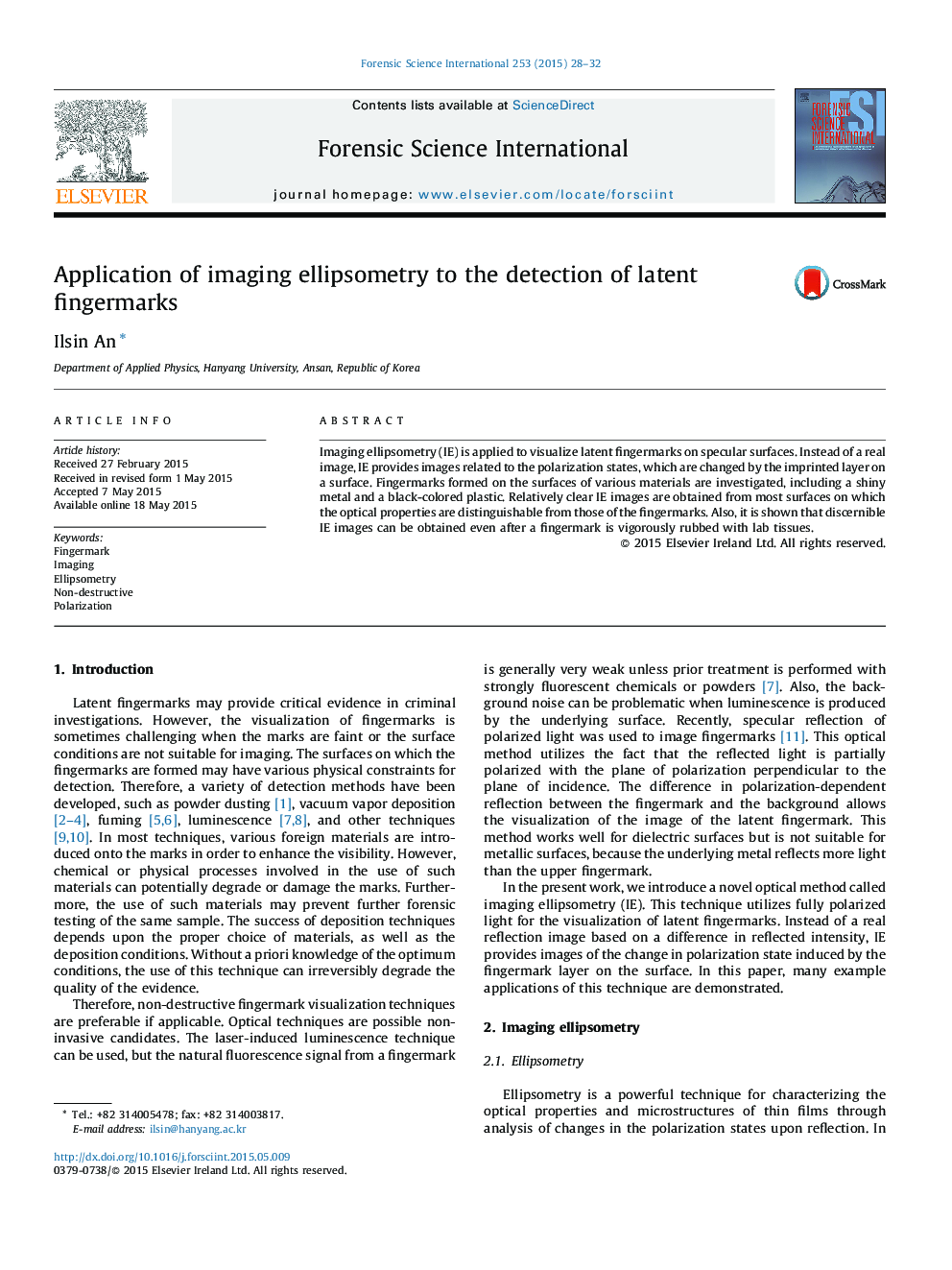 • Imaging ellipsometry (IE) is applied to visualize latent fingermarks.
• IE provides images of changes in polarization states caused by fingermark.
• Good images are obtained from both shiny metal and black plastic.
• IE is also used to collect images during wiping to observe the damage progress.
• Strong adhesion of fingermark on a silicon wafer is observed.

Imaging ellipsometry (IE) is applied to visualize latent fingermarks on specular surfaces. Instead of a real image, IE provides images related to the polarization states, which are changed by the imprinted layer on a surface. Fingermarks formed on the surfaces of various materials are investigated, including a shiny metal and a black-colored plastic. Relatively clear IE images are obtained from most surfaces on which the optical properties are distinguishable from those of the fingermarks. Also, it is shown that discernible IE images can be obtained even after a fingermark is vigorously rubbed with lab tissues.