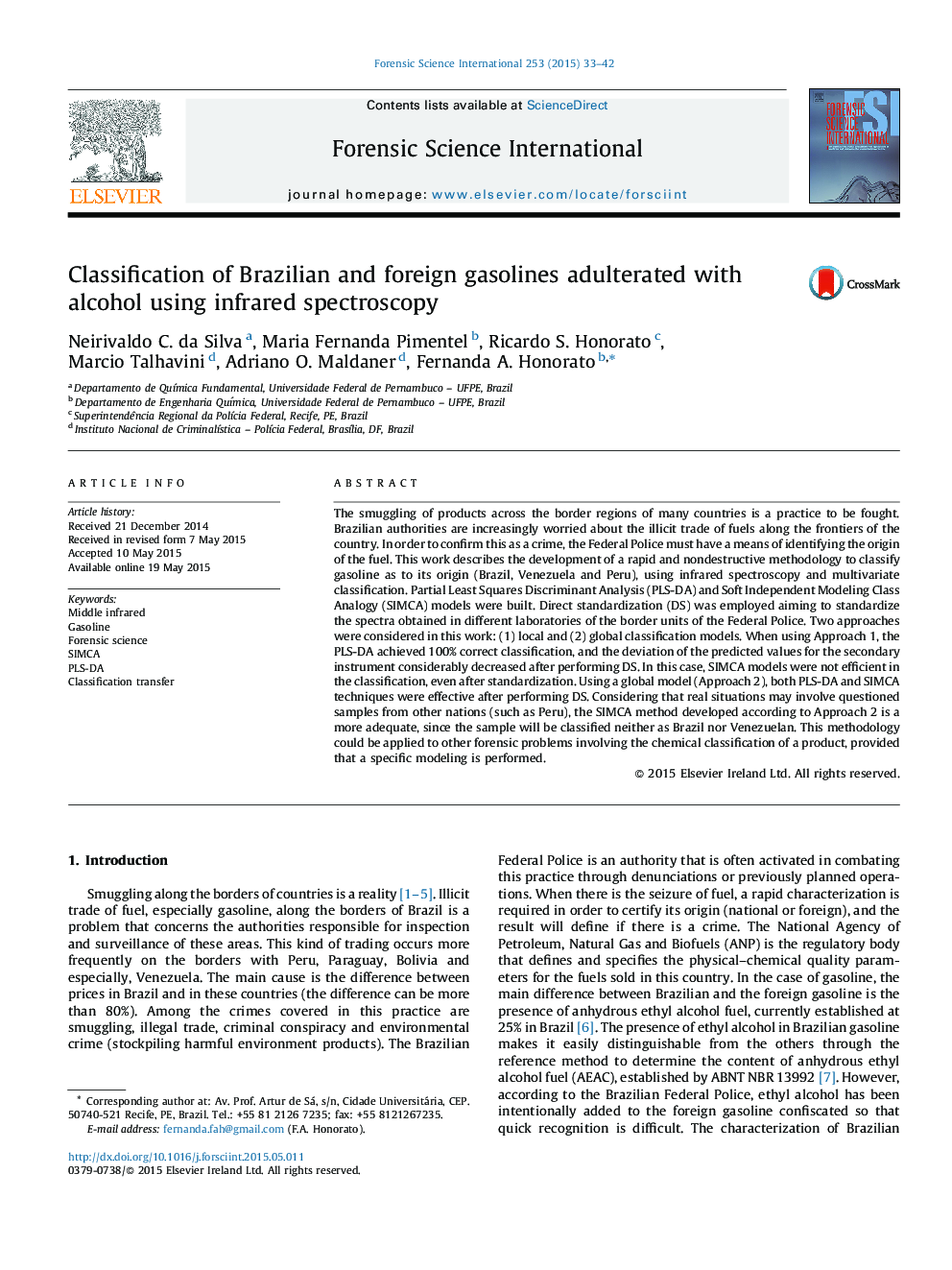 The smuggling of products across the border regions of many countries is a practice to be fought. Brazilian authorities are increasingly worried about the illicit trade of fuels along the frontiers of the country. In order to confirm this as a crime, the Federal Police must have a means of identifying the origin of the fuel. This work describes the development of a rapid and nondestructive methodology to classify gasoline as to its origin (Brazil, Venezuela and Peru), using infrared spectroscopy and multivariate classification. Partial Least Squares Discriminant Analysis (PLS-DA) and Soft Independent Modeling Class Analogy (SIMCA) models were built. Direct standardization (DS) was employed aiming to standardize the spectra obtained in different laboratories of the border units of the Federal Police. Two approaches were considered in this work: (1) local and (2) global classification models. When using Approach 1, the PLS-DA achieved 100% correct classification, and the deviation of the predicted values for the secondary instrument considerably decreased after performing DS. In this case, SIMCA models were not efficient in the classification, even after standardization. Using a global model (Approach 2), both PLS-DA and SIMCA techniques were effective after performing DS. Considering that real situations may involve questioned samples from other nations (such as Peru), the SIMCA method developed according to Approach 2 is a more adequate, since the sample will be classified neither as Brazil nor Venezuelan. This methodology could be applied to other forensic problems involving the chemical classification of a product, provided that a specific modeling is performed.