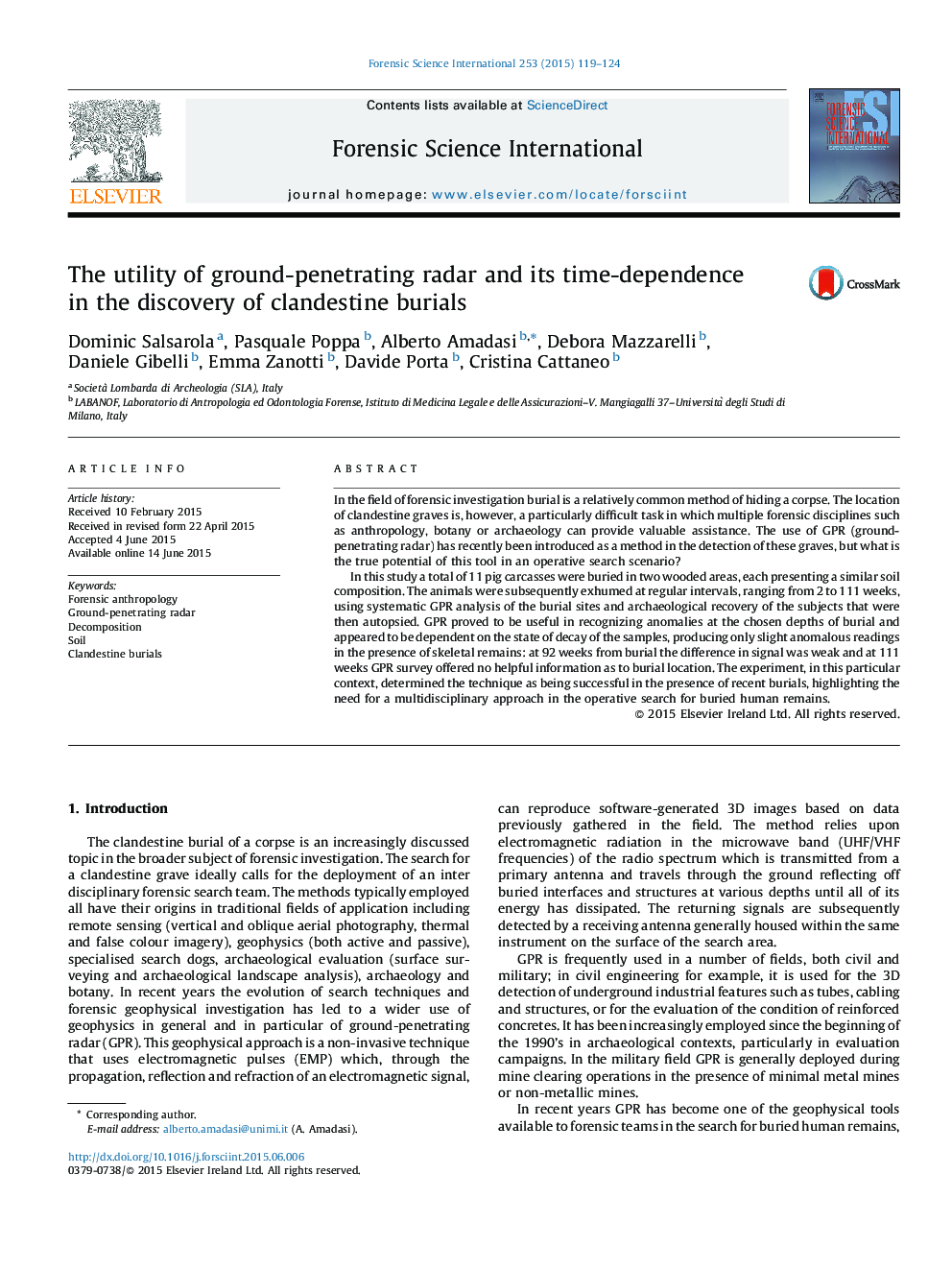 • Ground-penetrating radar (GPR) is a technology with useful application in in the forensic field.
• The utility of GPR was tested on a period of 111 weeks and related to the decomposition process.
• GPR proved to be a valuable tool in detecting clandestine graves.
• The potential is related to the state of decomposition (almost useless with skeletal remains).

In the field of forensic investigation burial is a relatively common method of hiding a corpse. The location of clandestine graves is, however, a particularly difficult task in which multiple forensic disciplines such as anthropology, botany or archaeology can provide valuable assistance. The use of GPR (ground-penetrating radar) has recently been introduced as a method in the detection of these graves, but what is the true potential of this tool in an operative search scenario?In this study a total of 11 pig carcasses were buried in two wooded areas, each presenting a similar soil composition. The animals were subsequently exhumed at regular intervals, ranging from 2 to 111 weeks, using systematic GPR analysis of the burial sites and archaeological recovery of the subjects that were then autopsied. GPR proved to be useful in recognizing anomalies at the chosen depths of burial and appeared to be dependent on the state of decay of the samples, producing only slight anomalous readings in the presence of skeletal remains: at 92 weeks from burial the difference in signal was weak and at 111 weeks GPR survey offered no helpful information as to burial location. The experiment, in this particular context, determined the technique as being successful in the presence of recent burials, highlighting the need for a multidisciplinary approach in the operative search for buried human remains.