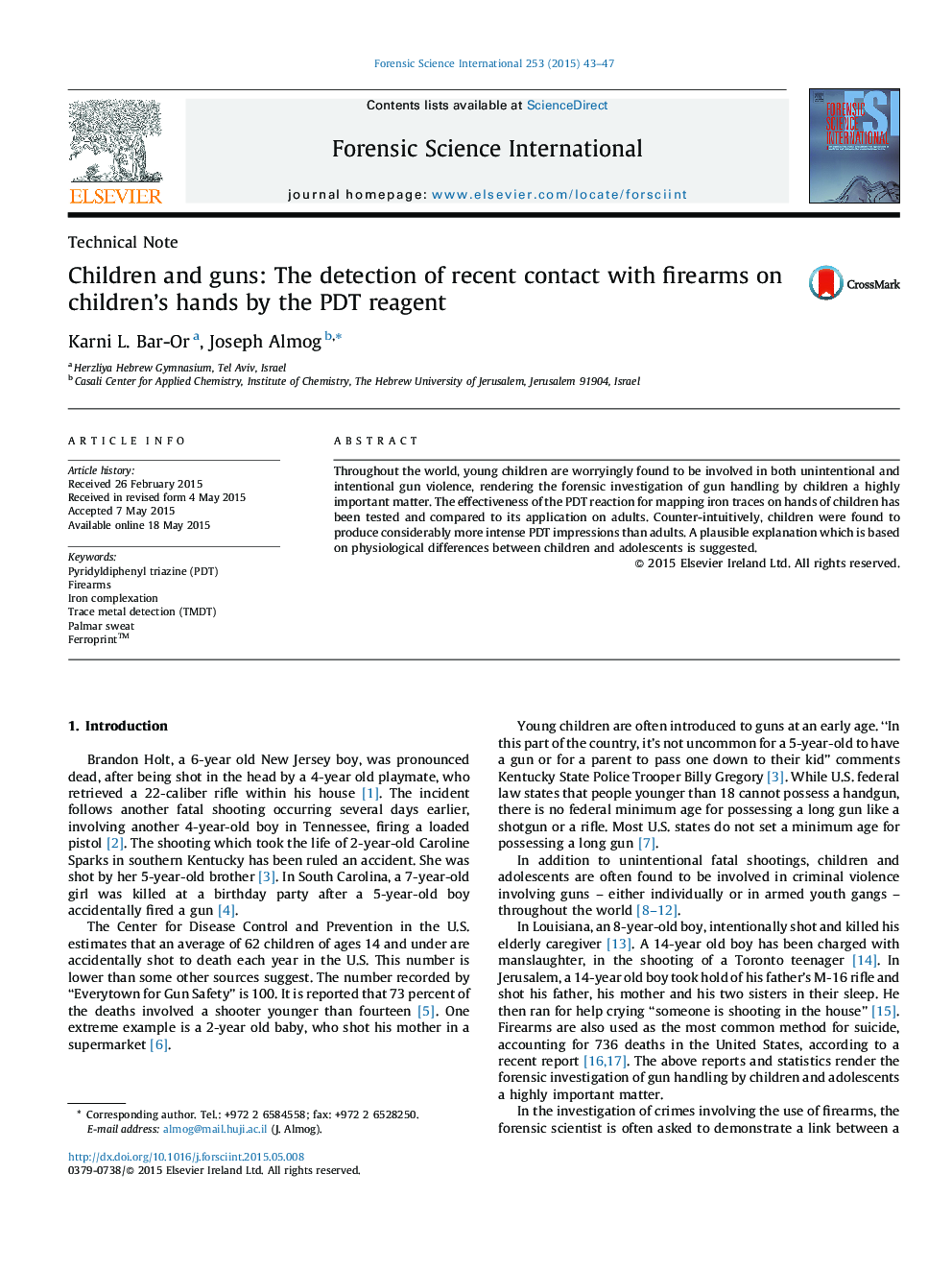 • Children react better than adults to the PDT reagent after holding a weapon.
• More children react positively to PDT and the developed marks are stronger.
• A plausible explanation to the difference is the higher acidity of children's sweat.

Throughout the world, young children are worryingly found to be involved in both unintentional and intentional gun violence, rendering the forensic investigation of gun handling by children a highly important matter. The effectiveness of the PDT reaction for mapping iron traces on hands of children has been tested and compared to its application on adults. Counter-intuitively, children were found to produce considerably more intense PDT impressions than adults. A plausible explanation which is based on physiological differences between children and adolescents is suggested.