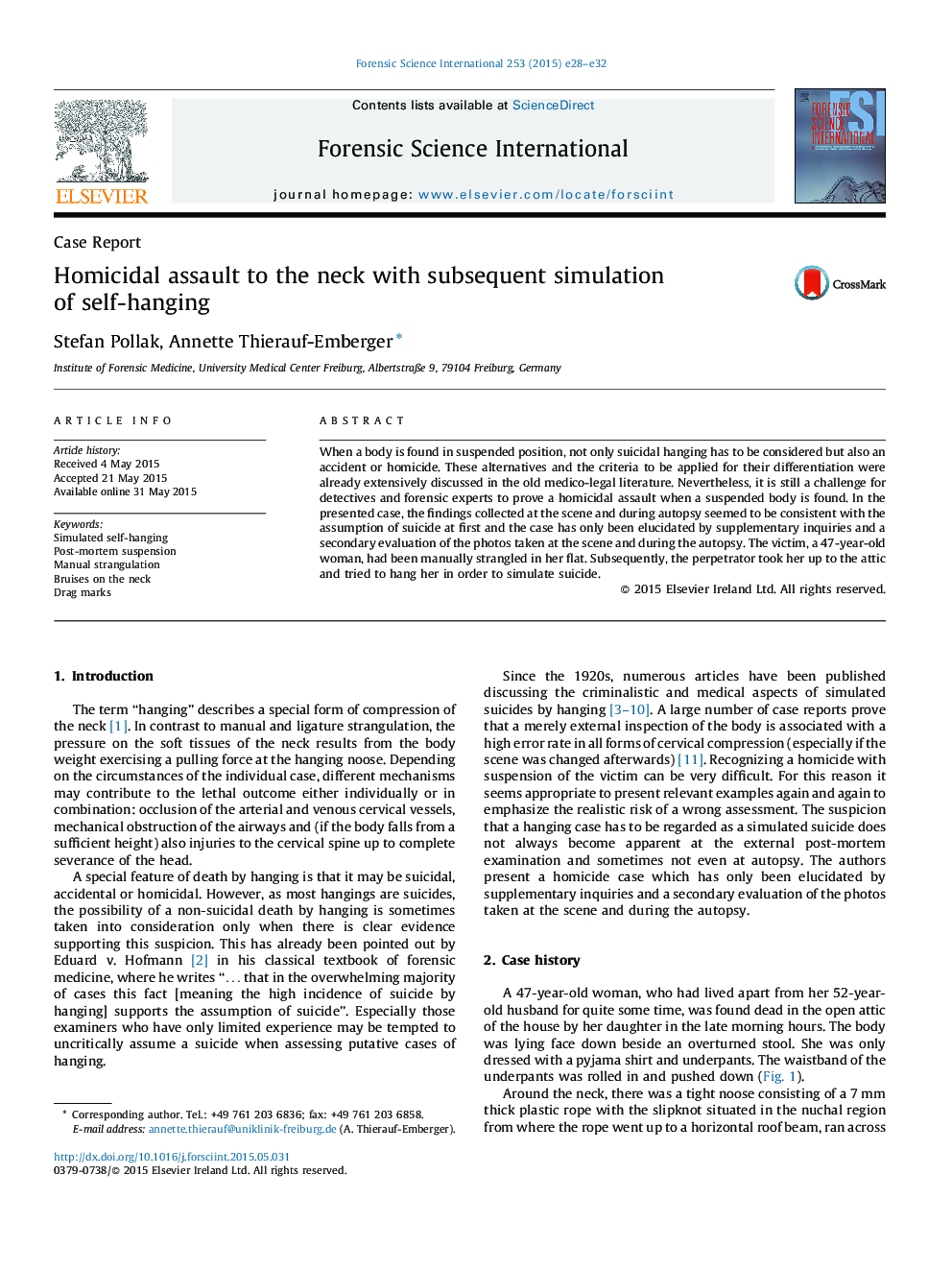 When a body is found in suspended position, not only suicidal hanging has to be considered but also an accident or homicide. These alternatives and the criteria to be applied for their differentiation were already extensively discussed in the old medico-legal literature. Nevertheless, it is still a challenge for detectives and forensic experts to prove a homicidal assault when a suspended body is found. In the presented case, the findings collected at the scene and during autopsy seemed to be consistent with the assumption of suicide at first and the case has only been elucidated by supplementary inquiries and a secondary evaluation of the photos taken at the scene and during the autopsy. The victim, a 47-year-old woman, had been manually strangled in her flat. Subsequently, the perpetrator took her up to the attic and tried to hang her in order to simulate suicide.