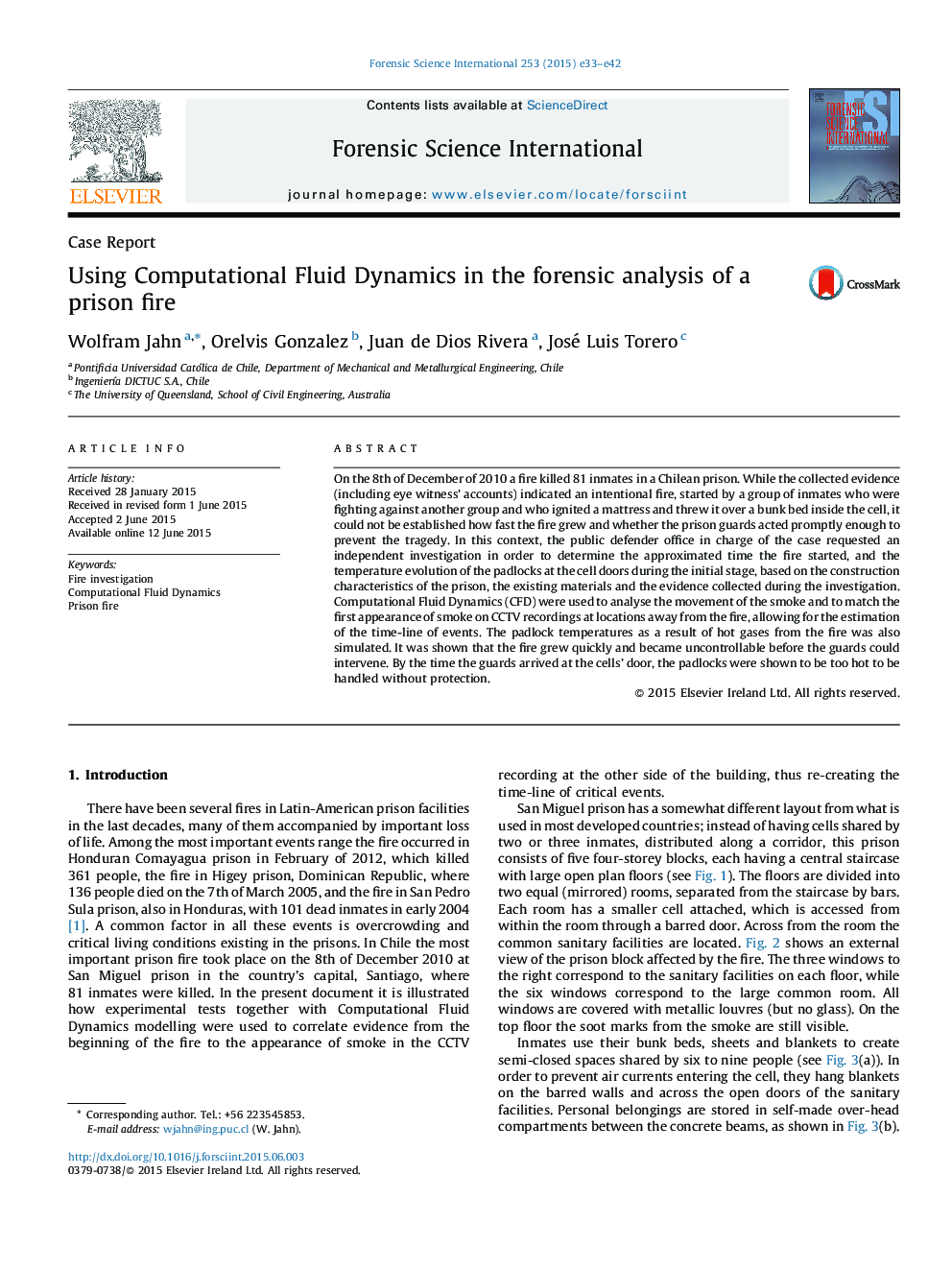 • The time to ignition of a prison fire was estimated based on smoke appearance on CCTV cameras using CFD modelling.
• Laboratory experiments were conducted to establish the rate of heat release.
• Padlock temperatures at cell doors were estimated from simulations.

On the 8th of December of 2010 a fire killed 81 inmates in a Chilean prison. While the collected evidence (including eye witness’ accounts) indicated an intentional fire, started by a group of inmates who were fighting against another group and who ignited a mattress and threw it over a bunk bed inside the cell, it could not be established how fast the fire grew and whether the prison guards acted promptly enough to prevent the tragedy. In this context, the public defender office in charge of the case requested an independent investigation in order to determine the approximated time the fire started, and the temperature evolution of the padlocks at the cell doors during the initial stage, based on the construction characteristics of the prison, the existing materials and the evidence collected during the investigation. Computational Fluid Dynamics (CFD) were used to analyse the movement of the smoke and to match the first appearance of smoke on CCTV recordings at locations away from the fire, allowing for the estimation of the time-line of events. The padlock temperatures as a result of hot gases from the fire was also simulated. It was shown that the fire grew quickly and became uncontrollable before the guards could intervene. By the time the guards arrived at the cells’ door, the padlocks were shown to be too hot to be handled without protection.