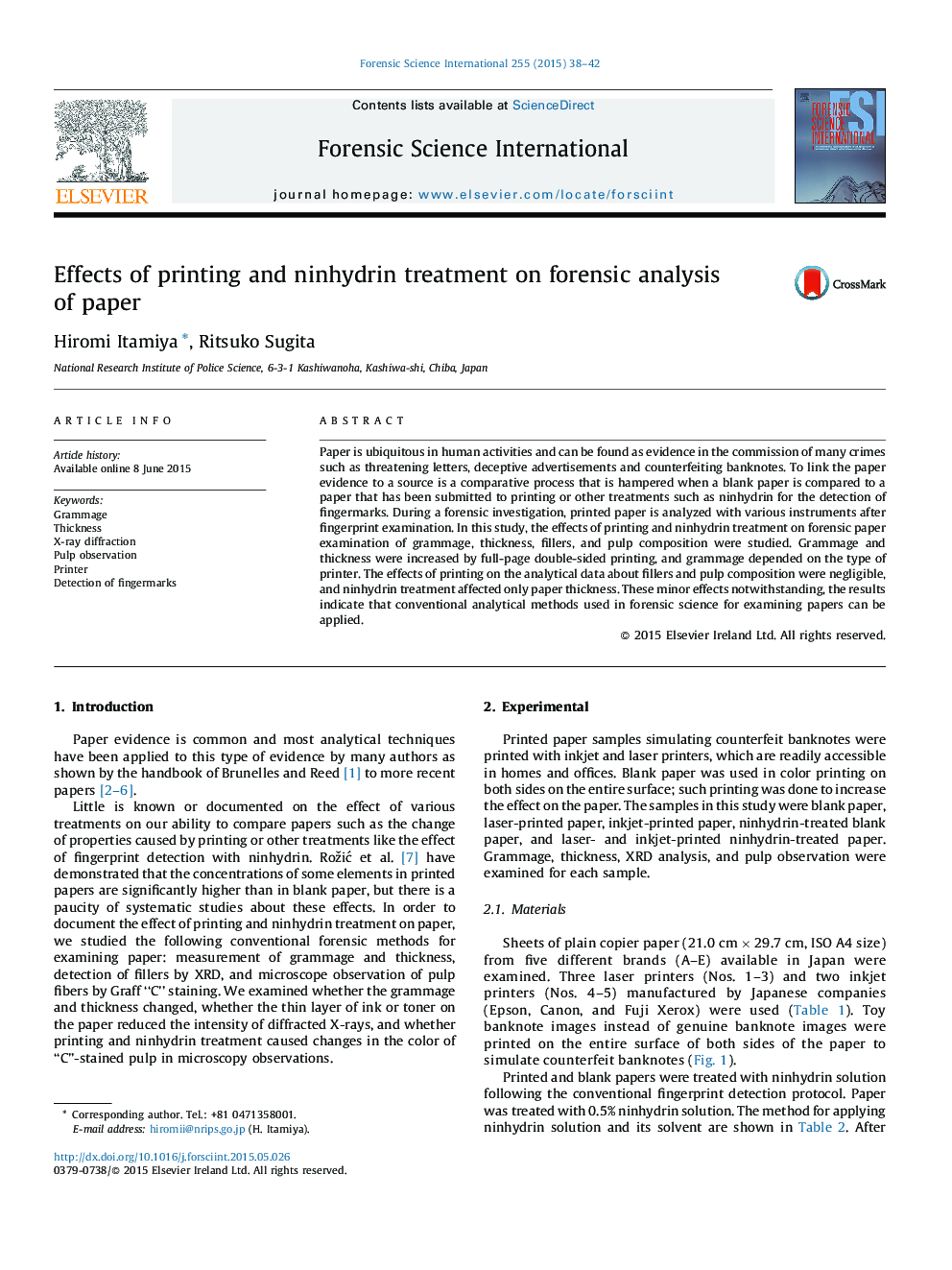 Paper is ubiquitous in human activities and can be found as evidence in the commission of many crimes such as threatening letters, deceptive advertisements and counterfeiting banknotes. To link the paper evidence to a source is a comparative process that is hampered when a blank paper is compared to a paper that has been submitted to printing or other treatments such as ninhydrin for the detection of fingermarks. During a forensic investigation, printed paper is analyzed with various instruments after fingerprint examination. In this study, the effects of printing and ninhydrin treatment on forensic paper examination of grammage, thickness, fillers, and pulp composition were studied. Grammage and thickness were increased by full-page double-sided printing, and grammage depended on the type of printer. The effects of printing on the analytical data about fillers and pulp composition were negligible, and ninhydrin treatment affected only paper thickness. These minor effects notwithstanding, the results indicate that conventional analytical methods used in forensic science for examining papers can be applied.