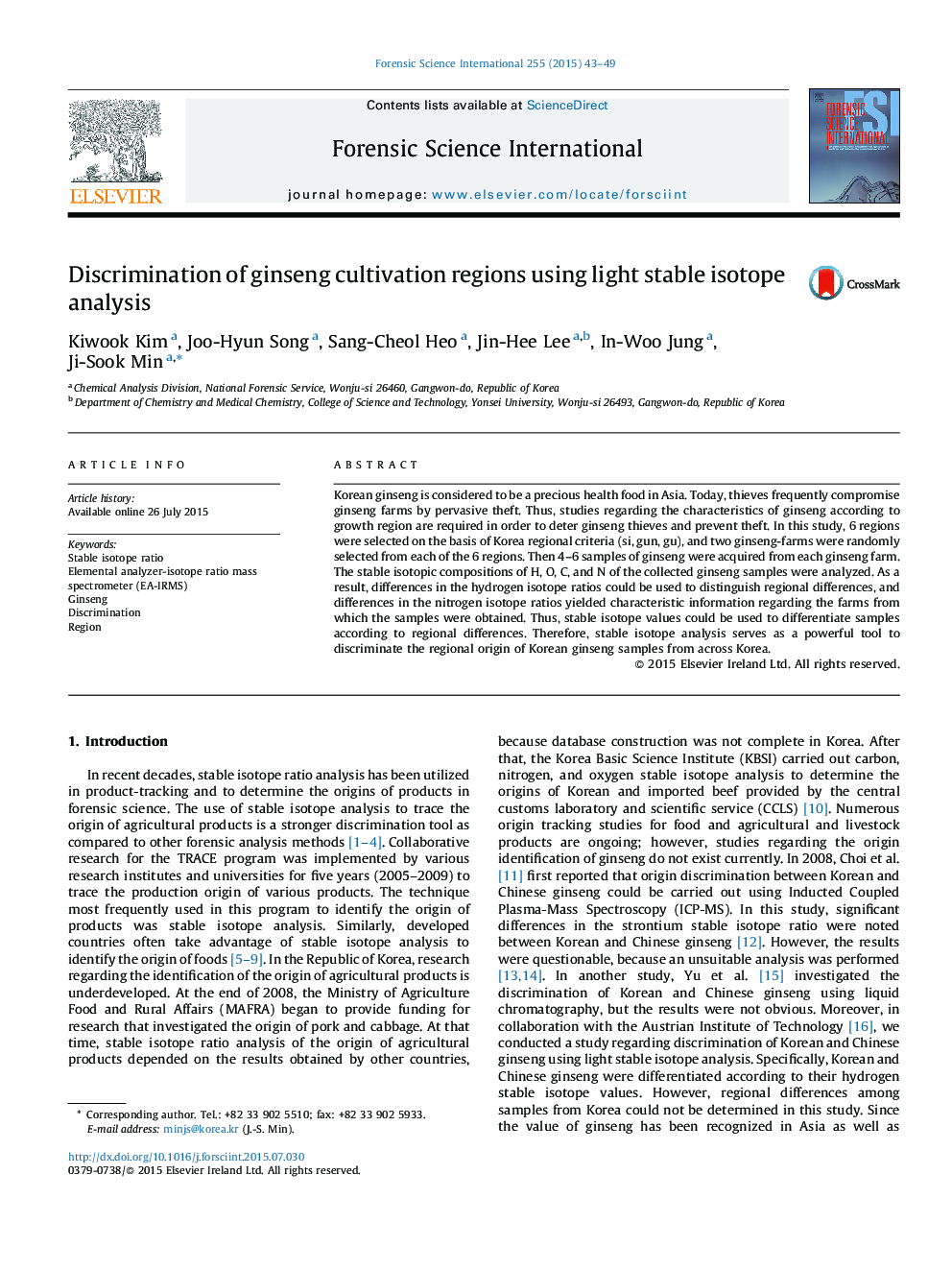 Korean ginseng is considered to be a precious health food in Asia. Today, thieves frequently compromise ginseng farms by pervasive theft. Thus, studies regarding the characteristics of ginseng according to growth region are required in order to deter ginseng thieves and prevent theft. In this study, 6 regions were selected on the basis of Korea regional criteria (si, gun, gu), and two ginseng-farms were randomly selected from each of the 6 regions. Then 4–6 samples of ginseng were acquired from each ginseng farm. The stable isotopic compositions of H, O, C, and N of the collected ginseng samples were analyzed. As a result, differences in the hydrogen isotope ratios could be used to distinguish regional differences, and differences in the nitrogen isotope ratios yielded characteristic information regarding the farms from which the samples were obtained. Thus, stable isotope values could be used to differentiate samples according to regional differences. Therefore, stable isotope analysis serves as a powerful tool to discriminate the regional origin of Korean ginseng samples from across Korea.