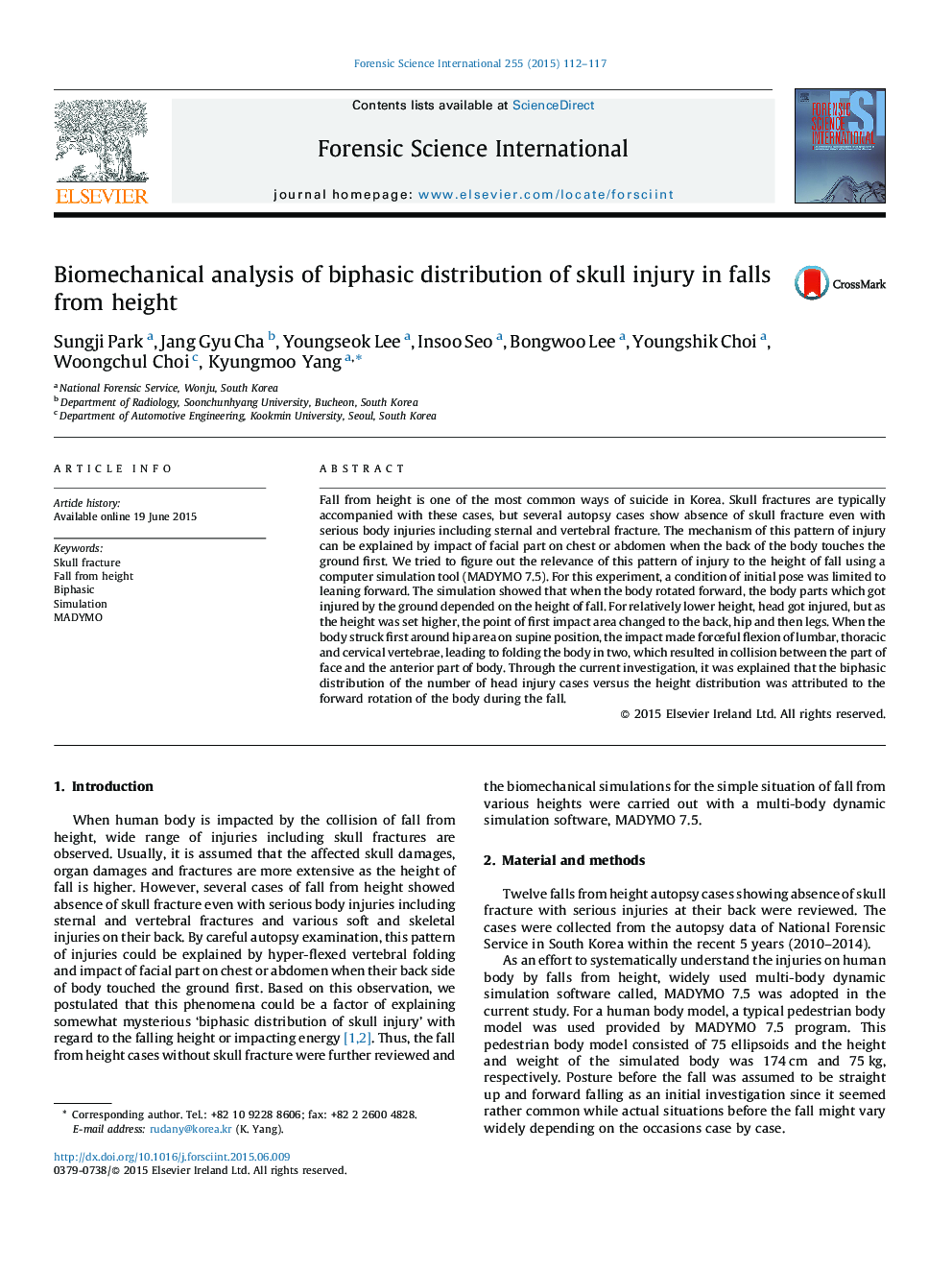 • Skull injury patterns of falls from height were investigated through biomechanical analysis.
• Biphasic distribution of severe head injuries related to the height of the fall was studied and explained in detail.
• Various research findings from other investigators were well correlated with the current research results.
• Current research revealed the strength of the biomechanical analysis that would explain the injury mechanism of FFH cases.

Fall from height is one of the most common ways of suicide in Korea. Skull fractures are typically accompanied with these cases, but several autopsy cases show absence of skull fracture even with serious body injuries including sternal and vertebral fracture. The mechanism of this pattern of injury can be explained by impact of facial part on chest or abdomen when the back of the body touches the ground first. We tried to figure out the relevance of this pattern of injury to the height of fall using a computer simulation tool (MADYMO 7.5). For this experiment, a condition of initial pose was limited to leaning forward. The simulation showed that when the body rotated forward, the body parts which got injured by the ground depended on the height of fall. For relatively lower height, head got injured, but as the height was set higher, the point of first impact area changed to the back, hip and then legs. When the body struck first around hip area on supine position, the impact made forceful flexion of lumbar, thoracic and cervical vertebrae, leading to folding the body in two, which resulted in collision between the part of face and the anterior part of body. Through the current investigation, it was explained that the biphasic distribution of the number of head injury cases versus the height distribution was attributed to the forward rotation of the body during the fall.