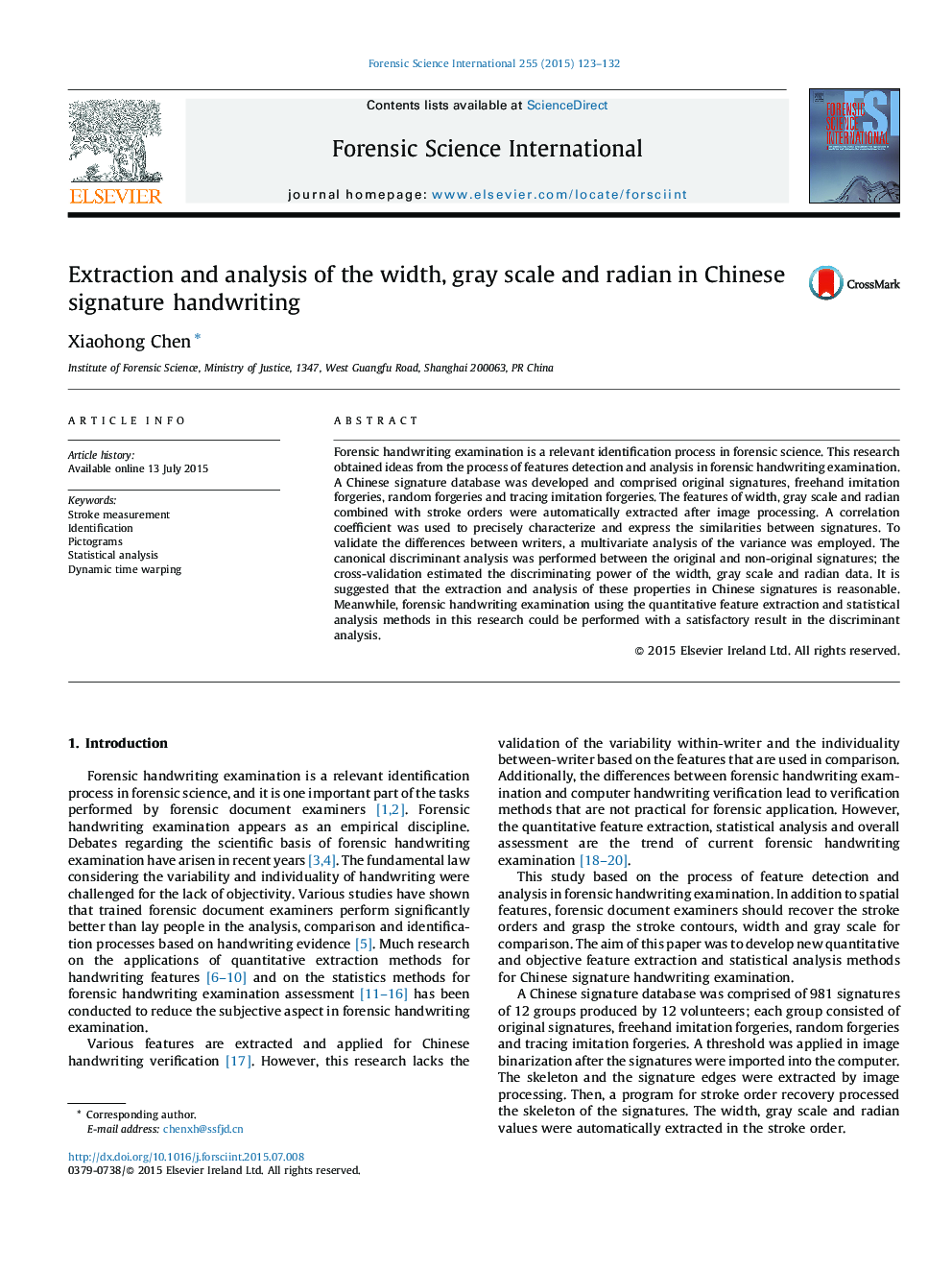 • Handwriting features were extracted in a quantitative and objective way.
• MANOVA showed highly significant differences between writers.
• Cross-validation amounted to 98.8% in discriminant analysis.

Forensic handwriting examination is a relevant identification process in forensic science. This research obtained ideas from the process of features detection and analysis in forensic handwriting examination. A Chinese signature database was developed and comprised original signatures, freehand imitation forgeries, random forgeries and tracing imitation forgeries. The features of width, gray scale and radian combined with stroke orders were automatically extracted after image processing. A correlation coefficient was used to precisely characterize and express the similarities between signatures. To validate the differences between writers, a multivariate analysis of the variance was employed. The canonical discriminant analysis was performed between the original and non-original signatures; the cross-validation estimated the discriminating power of the width, gray scale and radian data. It is suggested that the extraction and analysis of these properties in Chinese signatures is reasonable. Meanwhile, forensic handwriting examination using the quantitative feature extraction and statistical analysis methods in this research could be performed with a satisfactory result in the discriminant analysis.