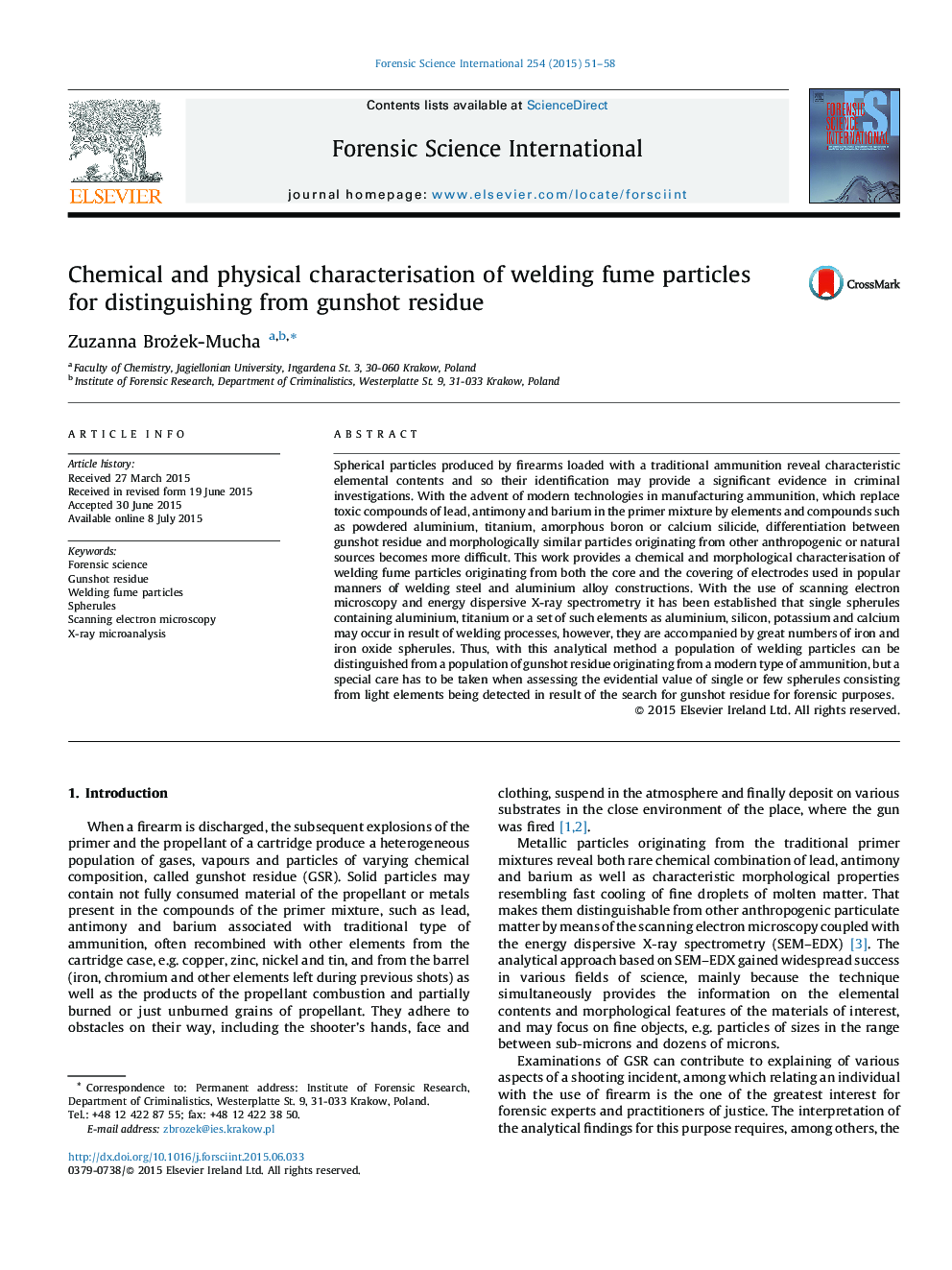 Spherical particles produced by firearms loaded with a traditional ammunition reveal characteristic elemental contents and so their identification may provide a significant evidence in criminal investigations. With the advent of modern technologies in manufacturing ammunition, which replace toxic compounds of lead, antimony and barium in the primer mixture by elements and compounds such as powdered aluminium, titanium, amorphous boron or calcium silicide, differentiation between gunshot residue and morphologically similar particles originating from other anthropogenic or natural sources becomes more difficult. This work provides a chemical and morphological characterisation of welding fume particles originating from both the core and the covering of electrodes used in popular manners of welding steel and aluminium alloy constructions. With the use of scanning electron microscopy and energy dispersive X-ray spectrometry it has been established that single spherules containing aluminium, titanium or a set of such elements as aluminium, silicon, potassium and calcium may occur in result of welding processes, however, they are accompanied by great numbers of iron and iron oxide spherules. Thus, with this analytical method a population of welding particles can be distinguished from a population of gunshot residue originating from a modern type of ammunition, but a special care has to be taken when assessing the evidential value of single or few spherules consisting from light elements being detected in result of the search for gunshot residue for forensic purposes.