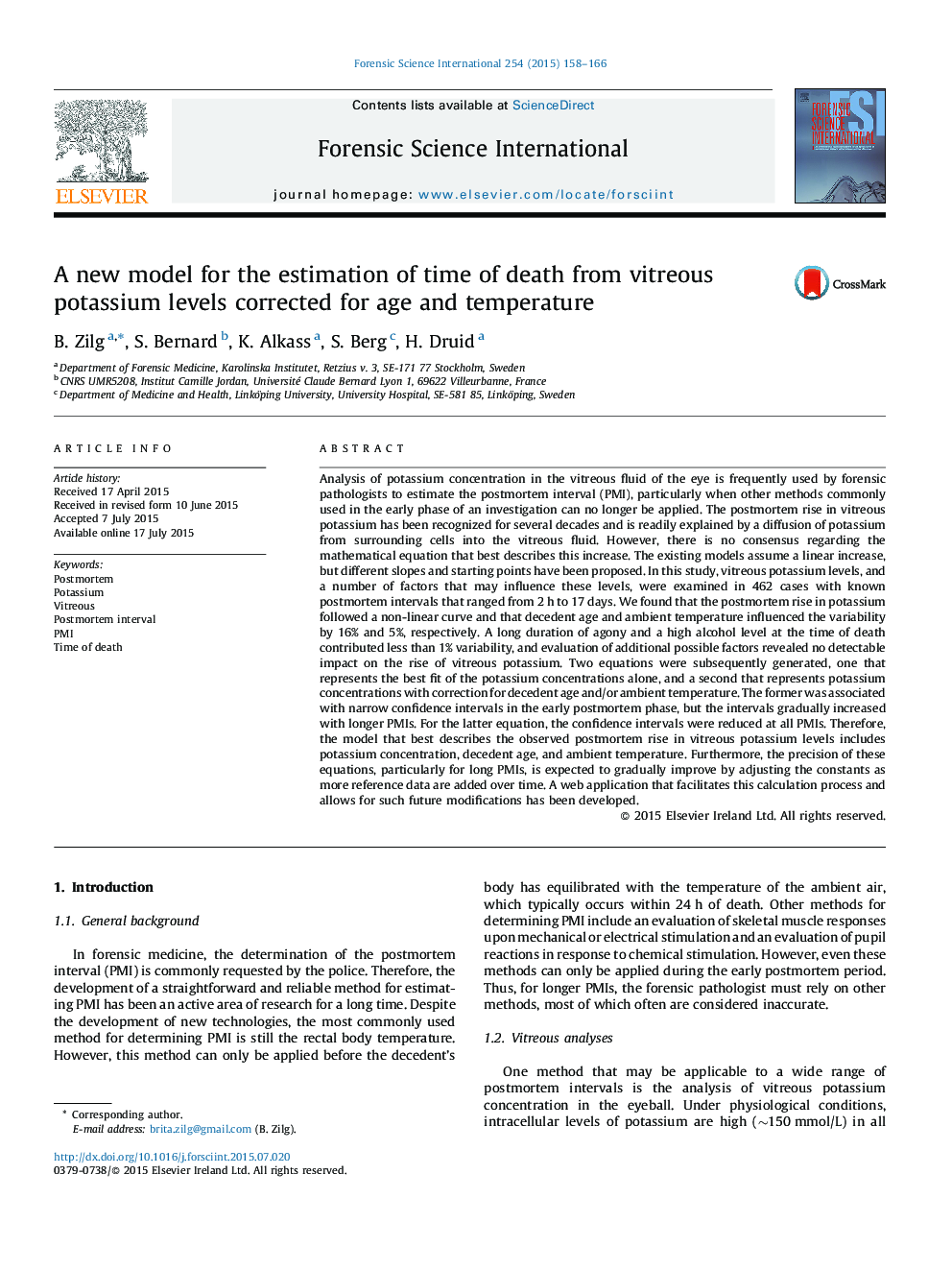 Analysis of potassium concentration in the vitreous fluid of the eye is frequently used by forensic pathologists to estimate the postmortem interval (PMI), particularly when other methods commonly used in the early phase of an investigation can no longer be applied. The postmortem rise in vitreous potassium has been recognized for several decades and is readily explained by a diffusion of potassium from surrounding cells into the vitreous fluid. However, there is no consensus regarding the mathematical equation that best describes this increase. The existing models assume a linear increase, but different slopes and starting points have been proposed. In this study, vitreous potassium levels, and a number of factors that may influence these levels, were examined in 462 cases with known postmortem intervals that ranged from 2 h to 17 days. We found that the postmortem rise in potassium followed a non-linear curve and that decedent age and ambient temperature influenced the variability by 16% and 5%, respectively. A long duration of agony and a high alcohol level at the time of death contributed less than 1% variability, and evaluation of additional possible factors revealed no detectable impact on the rise of vitreous potassium. Two equations were subsequently generated, one that represents the best fit of the potassium concentrations alone, and a second that represents potassium concentrations with correction for decedent age and/or ambient temperature. The former was associated with narrow confidence intervals in the early postmortem phase, but the intervals gradually increased with longer PMIs. For the latter equation, the confidence intervals were reduced at all PMIs. Therefore, the model that best describes the observed postmortem rise in vitreous potassium levels includes potassium concentration, decedent age, and ambient temperature. Furthermore, the precision of these equations, particularly for long PMIs, is expected to gradually improve by adjusting the constants as more reference data are added over time. A web application that facilitates this calculation process and allows for such future modifications has been developed.