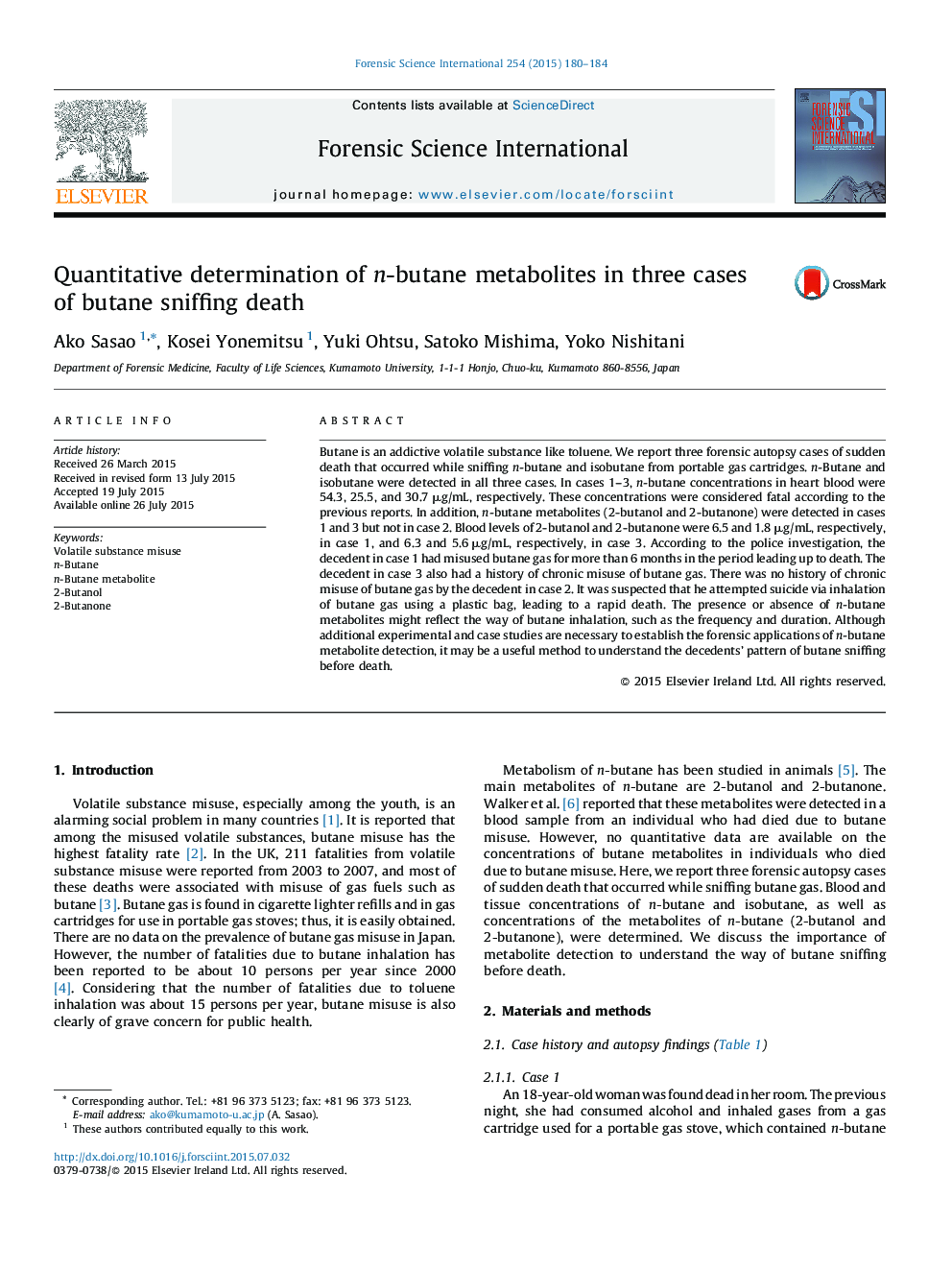 Butane is an addictive volatile substance like toluene. We report three forensic autopsy cases of sudden death that occurred while sniffing n-butane and isobutane from portable gas cartridges. n-Butane and isobutane were detected in all three cases. In cases 1–3, n-butane concentrations in heart blood were 54.3, 25.5, and 30.7 μg/mL, respectively. These concentrations were considered fatal according to the previous reports. In addition, n-butane metabolites (2-butanol and 2-butanone) were detected in cases 1 and 3 but not in case 2. Blood levels of 2-butanol and 2-butanone were 6.5 and 1.8 μg/mL, respectively, in case 1, and 6.3 and 5.6 μg/mL, respectively, in case 3. According to the police investigation, the decedent in case 1 had misused butane gas for more than 6 months in the period leading up to death. The decedent in case 3 also had a history of chronic misuse of butane gas. There was no history of chronic misuse of butane gas by the decedent in case 2. It was suspected that he attempted suicide via inhalation of butane gas using a plastic bag, leading to a rapid death. The presence or absence of n-butane metabolites might reflect the way of butane inhalation, such as the frequency and duration. Although additional experimental and case studies are necessary to establish the forensic applications of n-butane metabolite detection, it may be a useful method to understand the decedents’ pattern of butane sniffing before death.