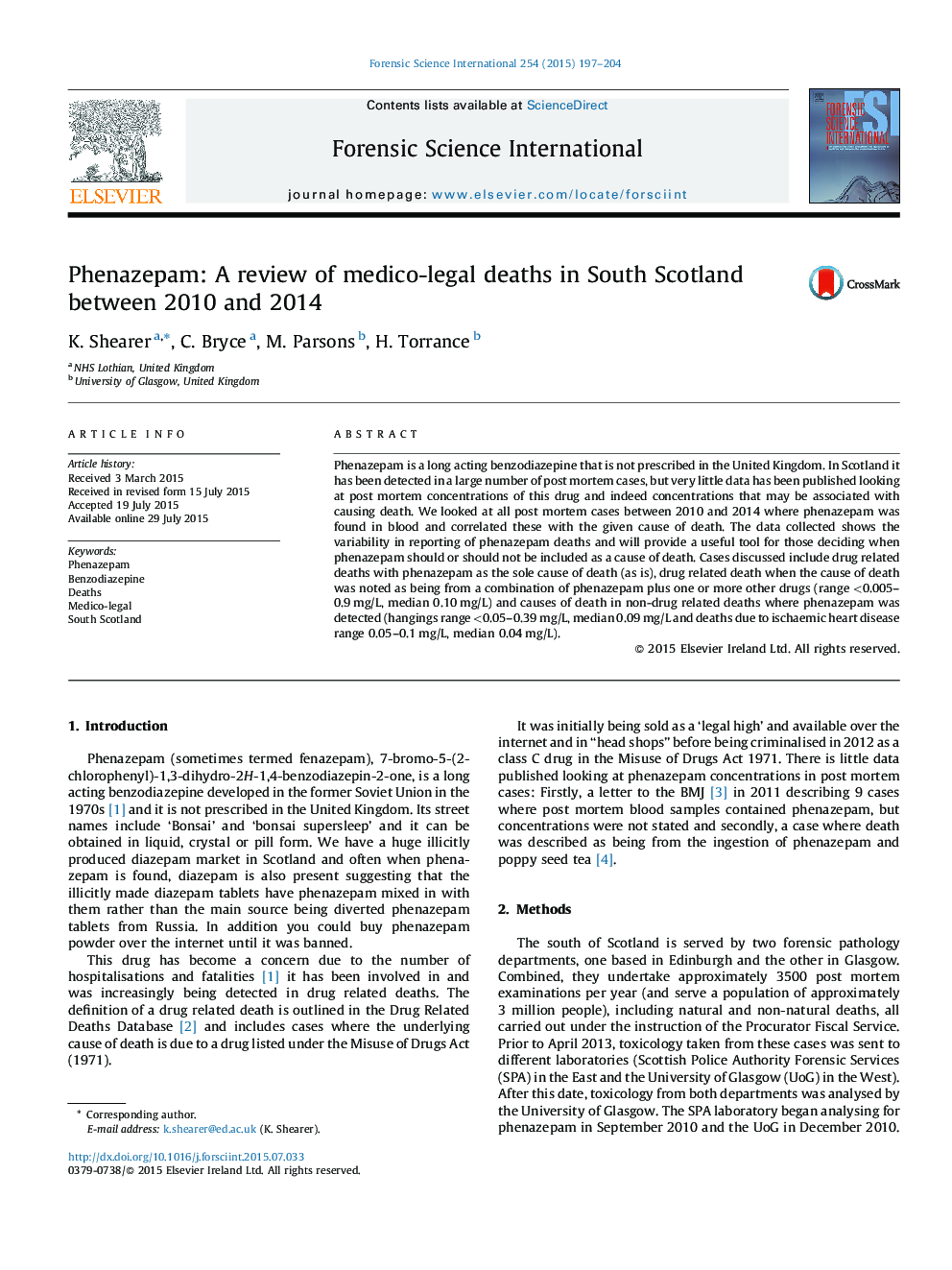 • Look at deaths where phenazepam was detected in post mortem samples.
• Look at deaths involving this drug (when it is and is not stated in the cause of death).
• Provide previously unavailable data for investigating deaths associated with phenazepam.

Phenazepam is a long acting benzodiazepine that is not prescribed in the United Kingdom. In Scotland it has been detected in a large number of post mortem cases, but very little data has been published looking at post mortem concentrations of this drug and indeed concentrations that may be associated with causing death. We looked at all post mortem cases between 2010 and 2014 where phenazepam was found in blood and correlated these with the given cause of death. The data collected shows the variability in reporting of phenazepam deaths and will provide a useful tool for those deciding when phenazepam should or should not be included as a cause of death. Cases discussed include drug related deaths with phenazepam as the sole cause of death (as is), drug related death when the cause of death was noted as being from a combination of phenazepam plus one or more other drugs (range <0.005–0.9 mg/L, median 0.10 mg/L) and causes of death in non-drug related deaths where phenazepam was detected (hangings range <0.05–0.39 mg/L, median 0.09 mg/L and deaths due to ischaemic heart disease range 0.05–0.1 mg/L, median 0.04 mg/L).