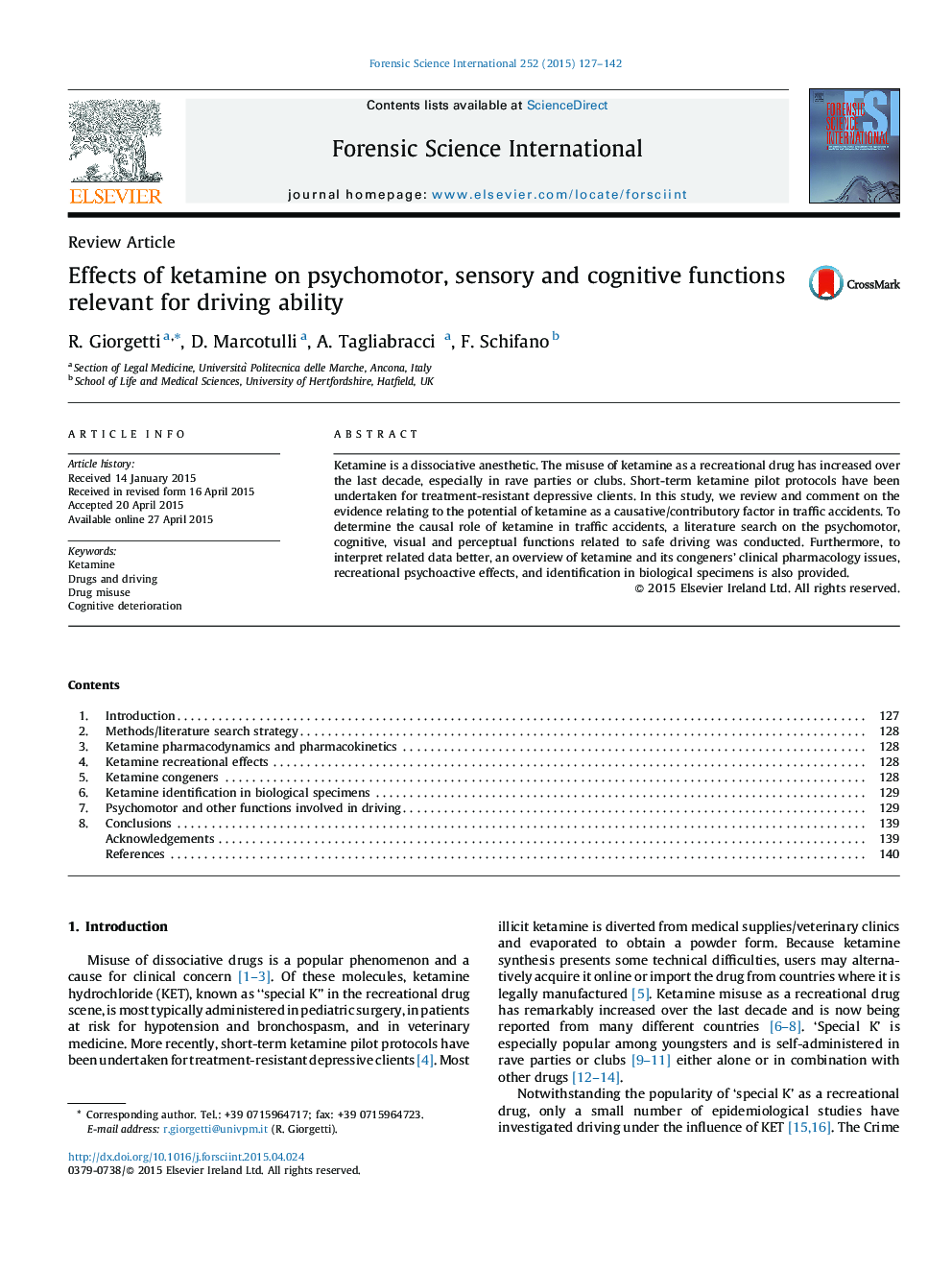 Ketamine is a dissociative anesthetic. The misuse of ketamine as a recreational drug has increased over the last decade, especially in rave parties or clubs. Short-term ketamine pilot protocols have been undertaken for treatment-resistant depressive clients. In this study, we review and comment on the evidence relating to the potential of ketamine as a causative/contributory factor in traffic accidents. To determine the causal role of ketamine in traffic accidents, a literature search on the psychomotor, cognitive, visual and perceptual functions related to safe driving was conducted. Furthermore, to interpret related data better, an overview of ketamine and its congeners’ clinical pharmacology issues, recreational psychoactive effects, and identification in biological specimens is also provided.