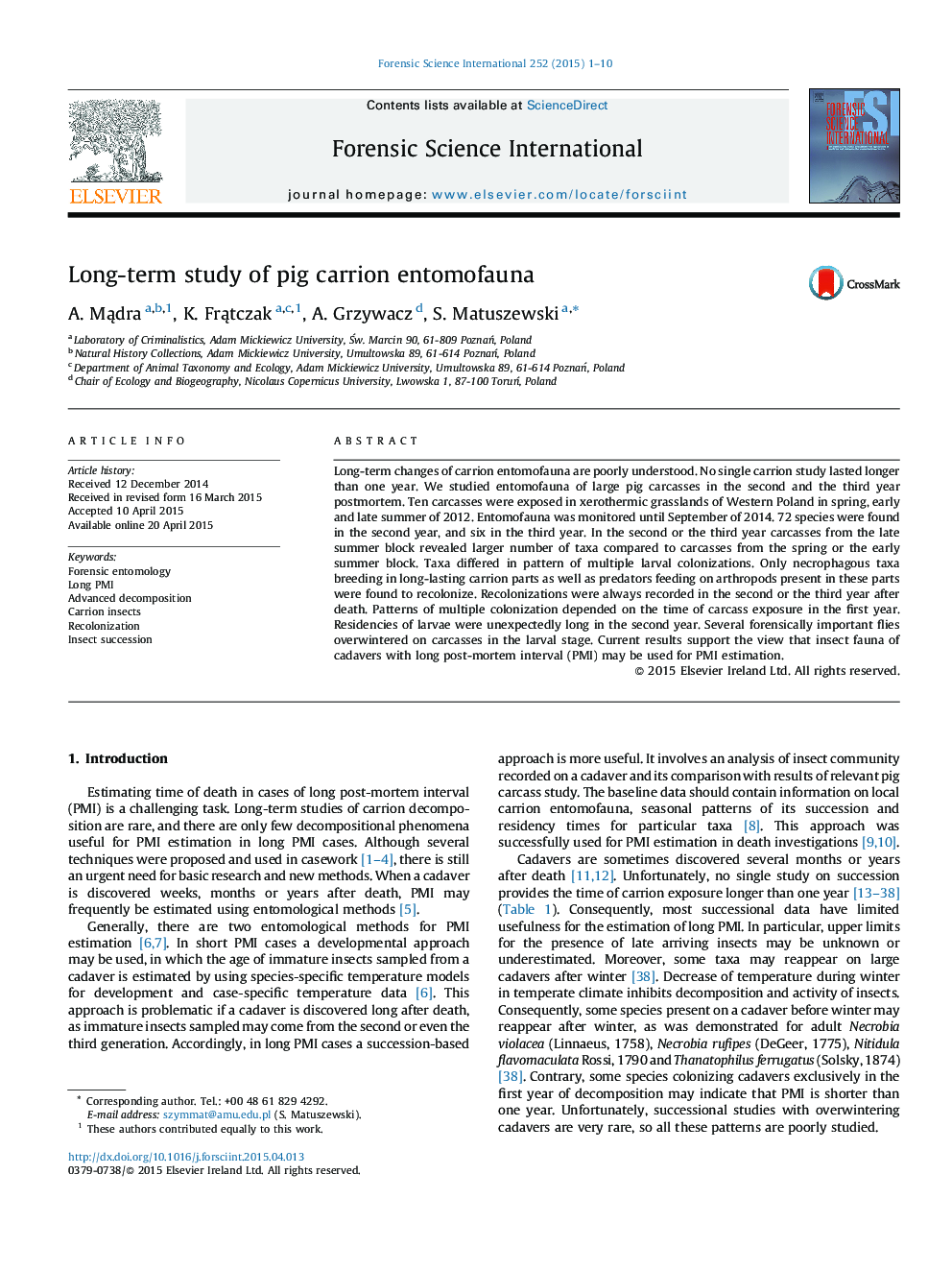 Long-term changes of carrion entomofauna are poorly understood. No single carrion study lasted longer than one year. We studied entomofauna of large pig carcasses in the second and the third year postmortem. Ten carcasses were exposed in xerothermic grasslands of Western Poland in spring, early and late summer of 2012. Entomofauna was monitored until September of 2014. 72 species were found in the second year, and six in the third year. In the second or the third year carcasses from the late summer block revealed larger number of taxa compared to carcasses from the spring or the early summer block. Taxa differed in pattern of multiple larval colonizations. Only necrophagous taxa breeding in long-lasting carrion parts as well as predators feeding on arthropods present in these parts were found to recolonize. Recolonizations were always recorded in the second or the third year after death. Patterns of multiple colonization depended on the time of carcass exposure in the first year. Residencies of larvae were unexpectedly long in the second year. Several forensically important flies overwintered on carcasses in the larval stage. Current results support the view that insect fauna of cadavers with long post-mortem interval (PMI) may be used for PMI estimation.