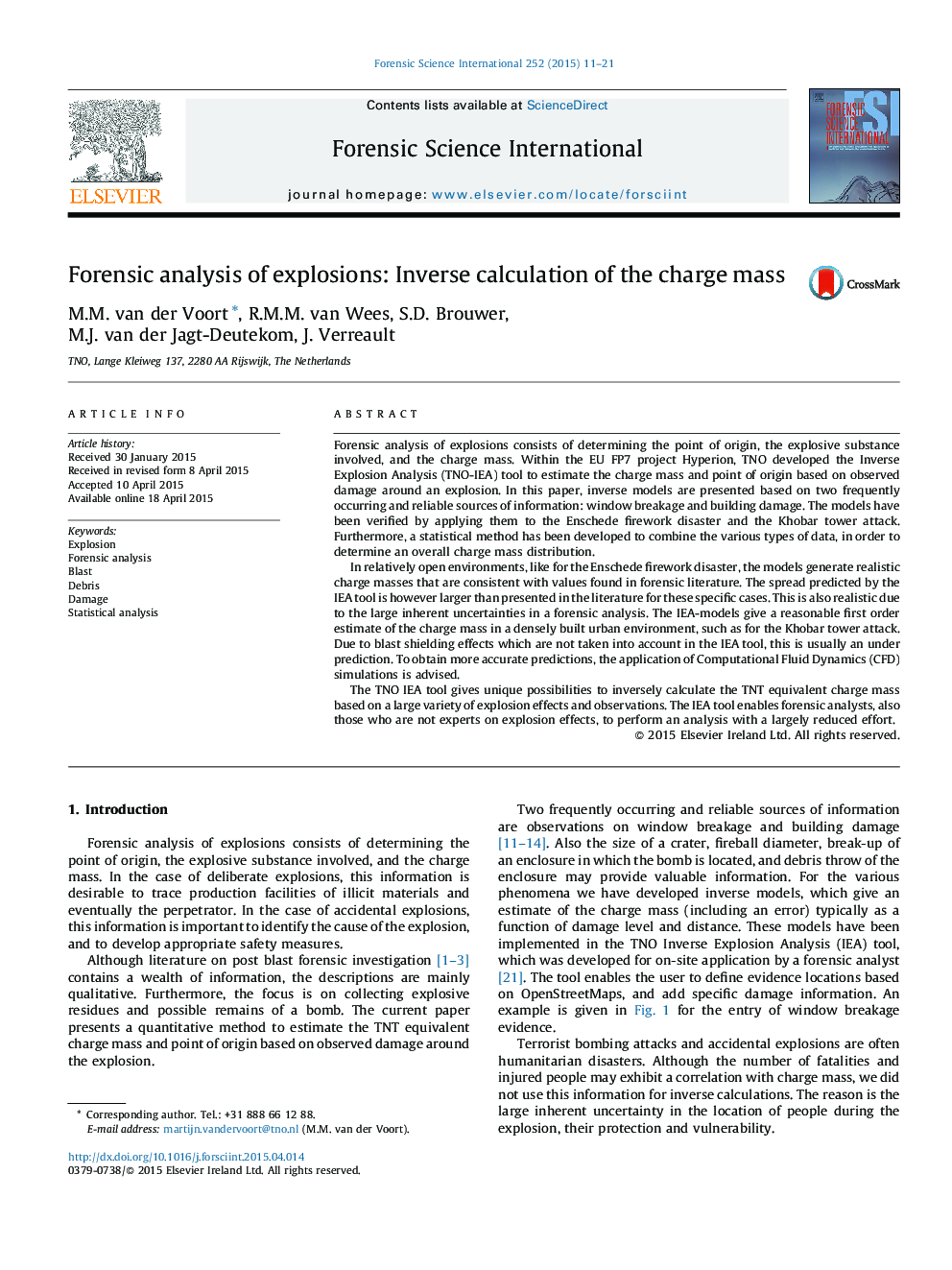 • An Inverse Explosion Analysis tool has been developed.
• Inverse models for window breakage and building damage are presented.
• A statistical method was developed to combine various types of data.
• Two case studies are presented the Enschede firework disaster and the Khobar tower attack.
• CFD is advised for explosions in urban environment.

Forensic analysis of explosions consists of determining the point of origin, the explosive substance involved, and the charge mass. Within the EU FP7 project Hyperion, TNO developed the Inverse Explosion Analysis (TNO-IEA) tool to estimate the charge mass and point of origin based on observed damage around an explosion. In this paper, inverse models are presented based on two frequently occurring and reliable sources of information: window breakage and building damage. The models have been verified by applying them to the Enschede firework disaster and the Khobar tower attack. Furthermore, a statistical method has been developed to combine the various types of data, in order to determine an overall charge mass distribution.In relatively open environments, like for the Enschede firework disaster, the models generate realistic charge masses that are consistent with values found in forensic literature. The spread predicted by the IEA tool is however larger than presented in the literature for these specific cases. This is also realistic due to the large inherent uncertainties in a forensic analysis. The IEA-models give a reasonable first order estimate of the charge mass in a densely built urban environment, such as for the Khobar tower attack. Due to blast shielding effects which are not taken into account in the IEA tool, this is usually an under prediction. To obtain more accurate predictions, the application of Computational Fluid Dynamics (CFD) simulations is advised.The TNO IEA tool gives unique possibilities to inversely calculate the TNT equivalent charge mass based on a large variety of explosion effects and observations. The IEA tool enables forensic analysts, also those who are not experts on explosion effects, to perform an analysis with a largely reduced effort.