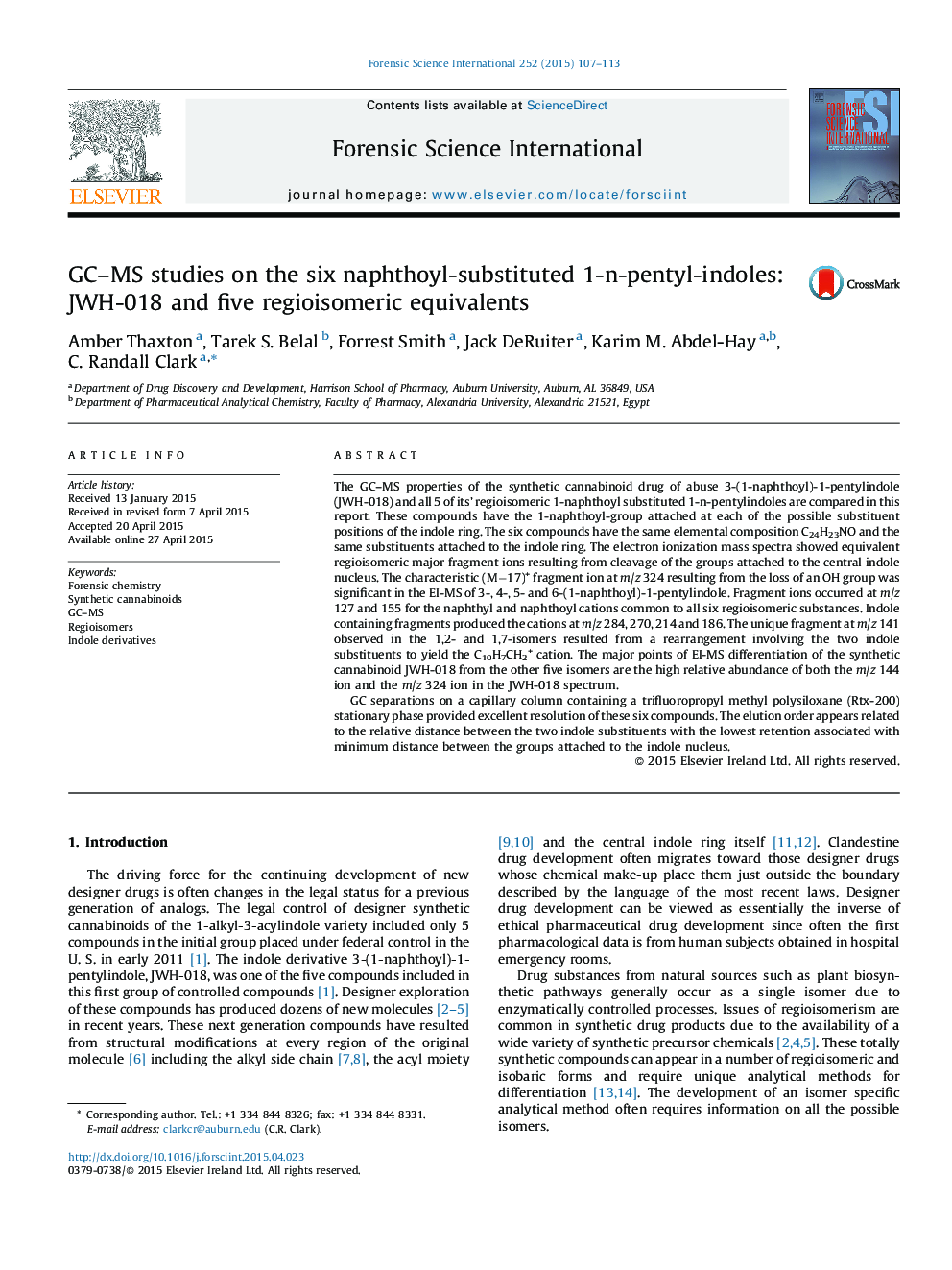 The GC–MS properties of the synthetic cannabinoid drug of abuse 3-(1-naphthoyl)-1-pentylindole (JWH-018) and all 5 of its’ regioisomeric 1-naphthoyl substituted 1-n-pentylindoles are compared in this report. These compounds have the 1-naphthoyl-group attached at each of the possible substituent positions of the indole ring. The six compounds have the same elemental composition C24H23NO and the same substituents attached to the indole ring. The electron ionization mass spectra showed equivalent regioisomeric major fragment ions resulting from cleavage of the groups attached to the central indole nucleus. The characteristic (M−17)+ fragment ion at m/z 324 resulting from the loss of an OH group was significant in the EI-MS of 3-, 4-, 5- and 6-(1-naphthoyl)-1-pentylindole. Fragment ions occurred at m/z 127 and 155 for the naphthyl and naphthoyl cations common to all six regioisomeric substances. Indole containing fragments produced the cations at m/z 284, 270, 214 and 186. The unique fragment at m/z 141 observed in the 1,2- and 1,7-isomers resulted from a rearrangement involving the two indole substituents to yield the C10H7CH2+ cation. The major points of EI-MS differentiation of the synthetic cannabinoid JWH-018 from the other five isomers are the high relative abundance of both the m/z 144 ion and the m/z 324 ion in the JWH-018 spectrum.GC separations on a capillary column containing a trifluoropropyl methyl polysiloxane (Rtx-200) stationary phase provided excellent resolution of these six compounds. The elution order appears related to the relative distance between the two indole substituents with the lowest retention associated with minimum distance between the groups attached to the indole nucleus.