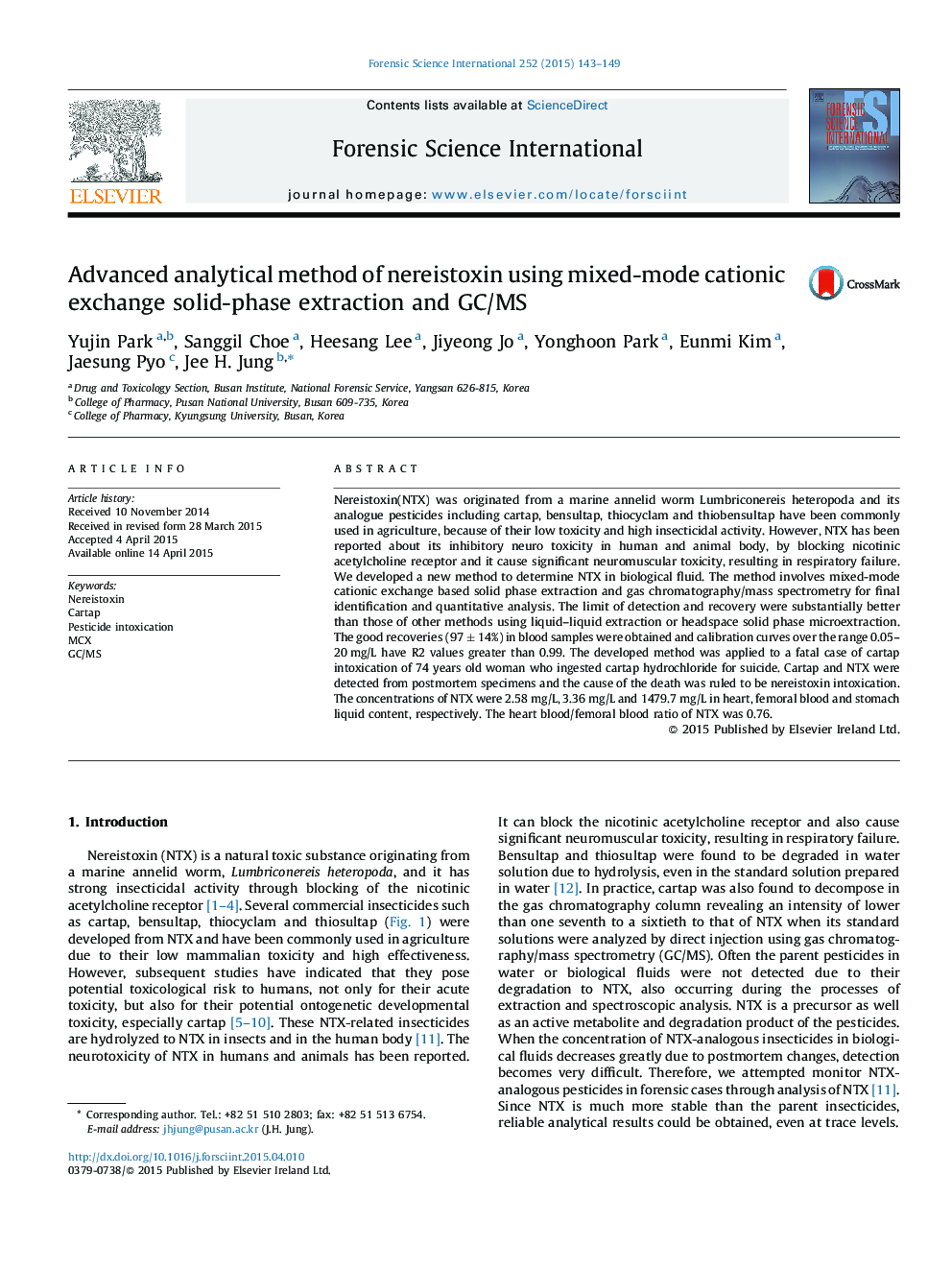 • A method for quantitation of NTX in human whole blood was developed.
• The method was successfully applied to samples from cartap poisoning cases.
• The method is applicable to a wide range of forensic cases.

Nereistoxin(NTX) was originated from a marine annelid worm Lumbriconereis heteropoda and its analogue pesticides including cartap, bensultap, thiocyclam and thiobensultap have been commonly used in agriculture, because of their low toxicity and high insecticidal activity. However, NTX has been reported about its inhibitory neuro toxicity in human and animal body, by blocking nicotinic acetylcholine receptor and it cause significant neuromuscular toxicity, resulting in respiratory failure. We developed a new method to determine NTX in biological fluid. The method involves mixed-mode cationic exchange based solid phase extraction and gas chromatography/mass spectrometry for final identification and quantitative analysis. The limit of detection and recovery were substantially better than those of other methods using liquid–liquid extraction or headspace solid phase microextraction. The good recoveries (97 ± 14%) in blood samples were obtained and calibration curves over the range 0.05–20 mg/L have R2 values greater than 0.99. The developed method was applied to a fatal case of cartap intoxication of 74 years old woman who ingested cartap hydrochloride for suicide. Cartap and NTX were detected from postmortem specimens and the cause of the death was ruled to be nereistoxin intoxication. The concentrations of NTX were 2.58 mg/L, 3.36 mg/L and 1479.7 mg/L in heart, femoral blood and stomach liquid content, respectively. The heart blood/femoral blood ratio of NTX was 0.76.