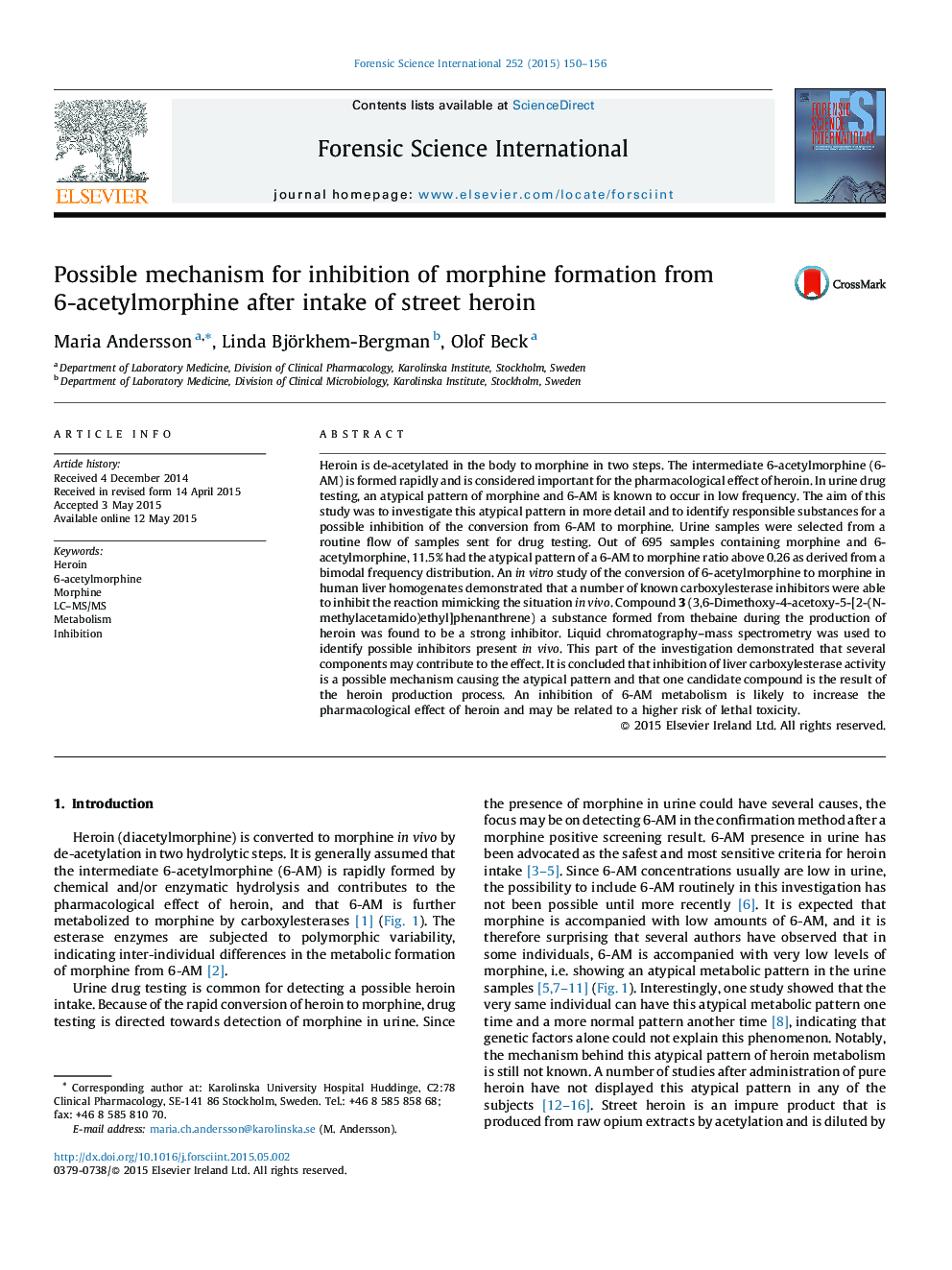 • We investigated the atypical metabolic pattern after intake of street heroin.
• The conversion of 6-AM to morphine was studied both in vivo and in vitro.
• One strong candidate was detected which forms during the heroin production process.
• Inhibition is likely to increase the pharmacological effect of heroin.

Heroin is de-acetylated in the body to morphine in two steps. The intermediate 6-acetylmorphine (6-AM) is formed rapidly and is considered important for the pharmacological effect of heroin. In urine drug testing, an atypical pattern of morphine and 6-AM is known to occur in low frequency. The aim of this study was to investigate this atypical pattern in more detail and to identify responsible substances for a possible inhibition of the conversion from 6-AM to morphine. Urine samples were selected from a routine flow of samples sent for drug testing. Out of 695 samples containing morphine and 6-acetylmorphine, 11.5% had the atypical pattern of a 6-AM to morphine ratio above 0.26 as derived from a bimodal frequency distribution. An in vitro study of the conversion of 6-acetylmorphine to morphine in human liver homogenates demonstrated that a number of known carboxylesterase inhibitors were able to inhibit the reaction mimicking the situation in vivo. Compound 3 (3,6-Dimethoxy-4-acetoxy-5-[2-(N-methylacetamido)ethyl]phenanthrene) a substance formed from thebaine during the production of heroin was found to be a strong inhibitor. Liquid chromatography–mass spectrometry was used to identify possible inhibitors present in vivo. This part of the investigation demonstrated that several components may contribute to the effect. It is concluded that inhibition of liver carboxylesterase activity is a possible mechanism causing the atypical pattern and that one candidate compound is the result of the heroin production process. An inhibition of 6-AM metabolism is likely to increase the pharmacological effect of heroin and may be related to a higher risk of lethal toxicity.