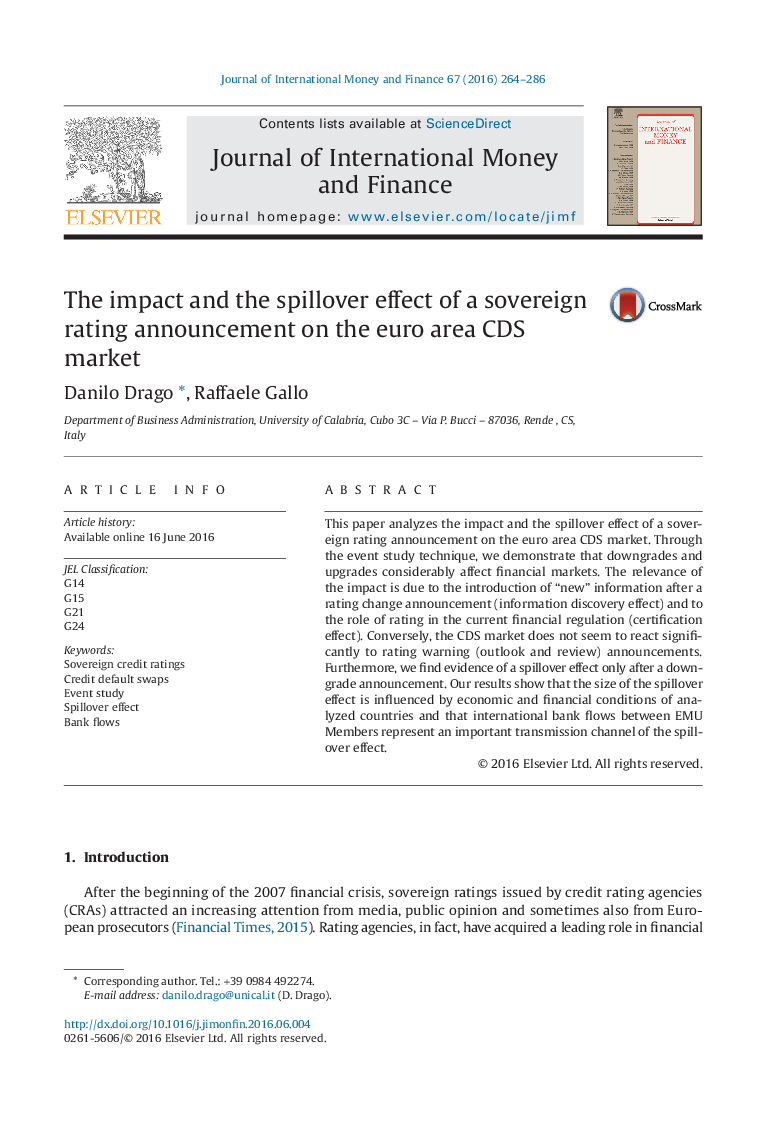 This paper analyzes the impact and the spillover effect of a sovereign rating announcement on the euro area CDS market. Through the event study technique, we demonstrate that downgrades and upgrades considerably affect financial markets. The relevance of the impact is due to the introduction of “new” information after a rating change announcement (information discovery effect) and to the role of rating in the current financial regulation (certification effect). Conversely, the CDS market does not seem to react significantly to rating warning (outlook and review) announcements. Furthermore, we find evidence of a spillover effect only after a downgrade announcement. Our results show that the size of the spillover effect is influenced by economic and financial conditions of analyzed countries and that international bank flows between EMU Members represent an important transmission channel of the spillover effect.