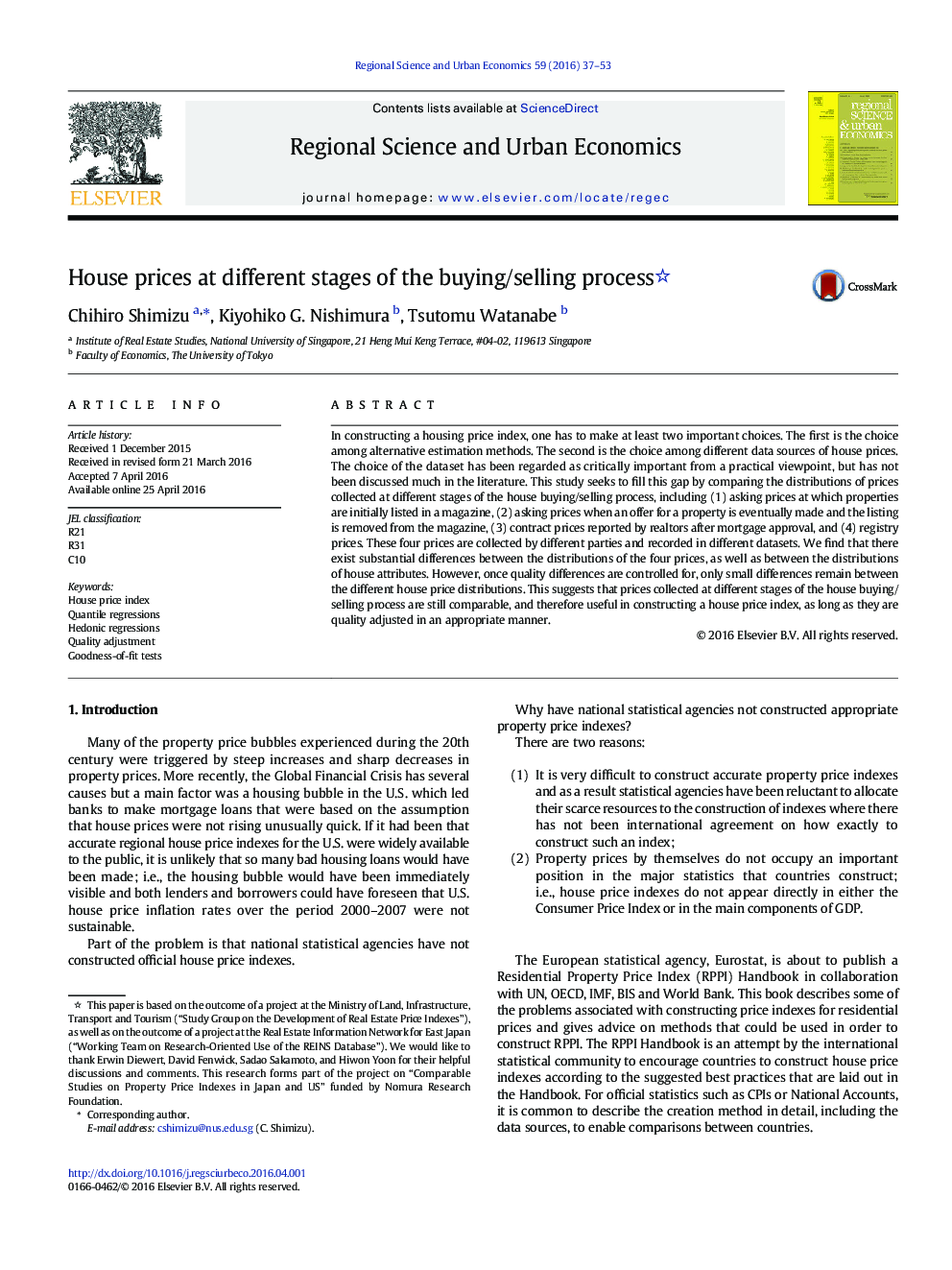 In constructing a housing price index, one has to make at least two important choices. The first is the choice among alternative estimation methods. The second is the choice among different data sources of house prices. The choice of the dataset has been regarded as critically important from a practical viewpoint, but has not been discussed much in the literature. This study seeks to fill this gap by comparing the distributions of prices collected at different stages of the house buying/selling process, including (1) asking prices at which properties are initially listed in a magazine, (2) asking prices when an offer for a property is eventually made and the listing is removed from the magazine, (3) contract prices reported by realtors after mortgage approval, and (4) registry prices. These four prices are collected by different parties and recorded in different datasets. We find that there exist substantial differences between the distributions of the four prices, as well as between the distributions of house attributes. However, once quality differences are controlled for, only small differences remain between the different house price distributions. This suggests that prices collected at different stages of the house buying/selling process are still comparable, and therefore useful in constructing a house price index, as long as they are quality adjusted in an appropriate manner.