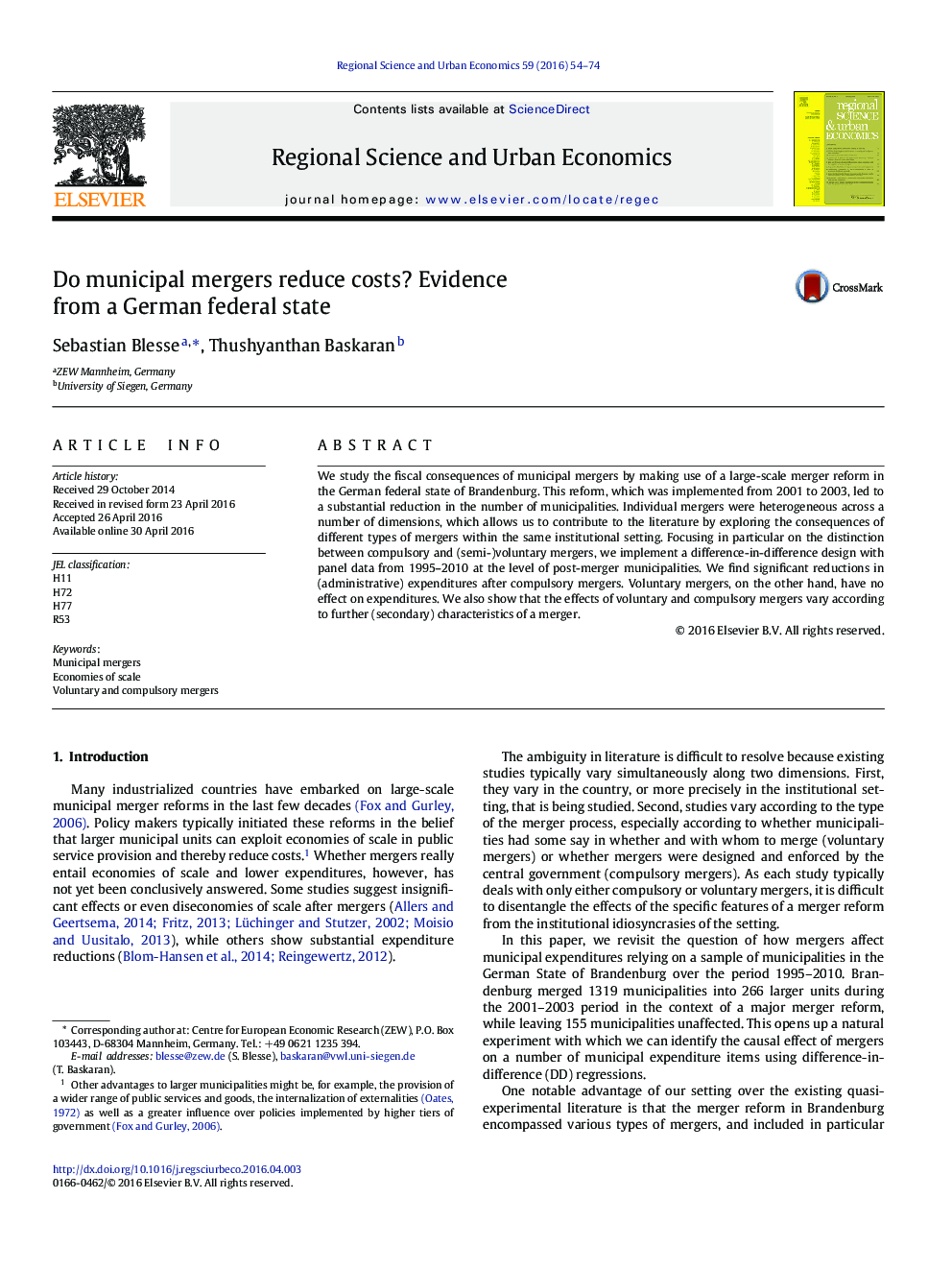 We study the fiscal consequences of municipal mergers by making use of a large-scale merger reform in the German federal state of Brandenburg. This reform, which was implemented from 2001 to 2003, led to a substantial reduction in the number of municipalities. Individual mergers were heterogeneous across a number of dimensions, which allows us to contribute to the literature by exploring the consequences of different types of mergers within the same institutional setting. Focusing in particular on the distinction between compulsory and (semi-)voluntary mergers, we implement a difference-in-difference design with panel data from 1995–2010 at the level of post-merger municipalities. We find significant reductions in (administrative) expenditures after compulsory mergers. Voluntary mergers, on the other hand, have no effect on expenditures. We also show that the effects of voluntary and compulsory mergers vary according to further (secondary) characteristics of a merger.