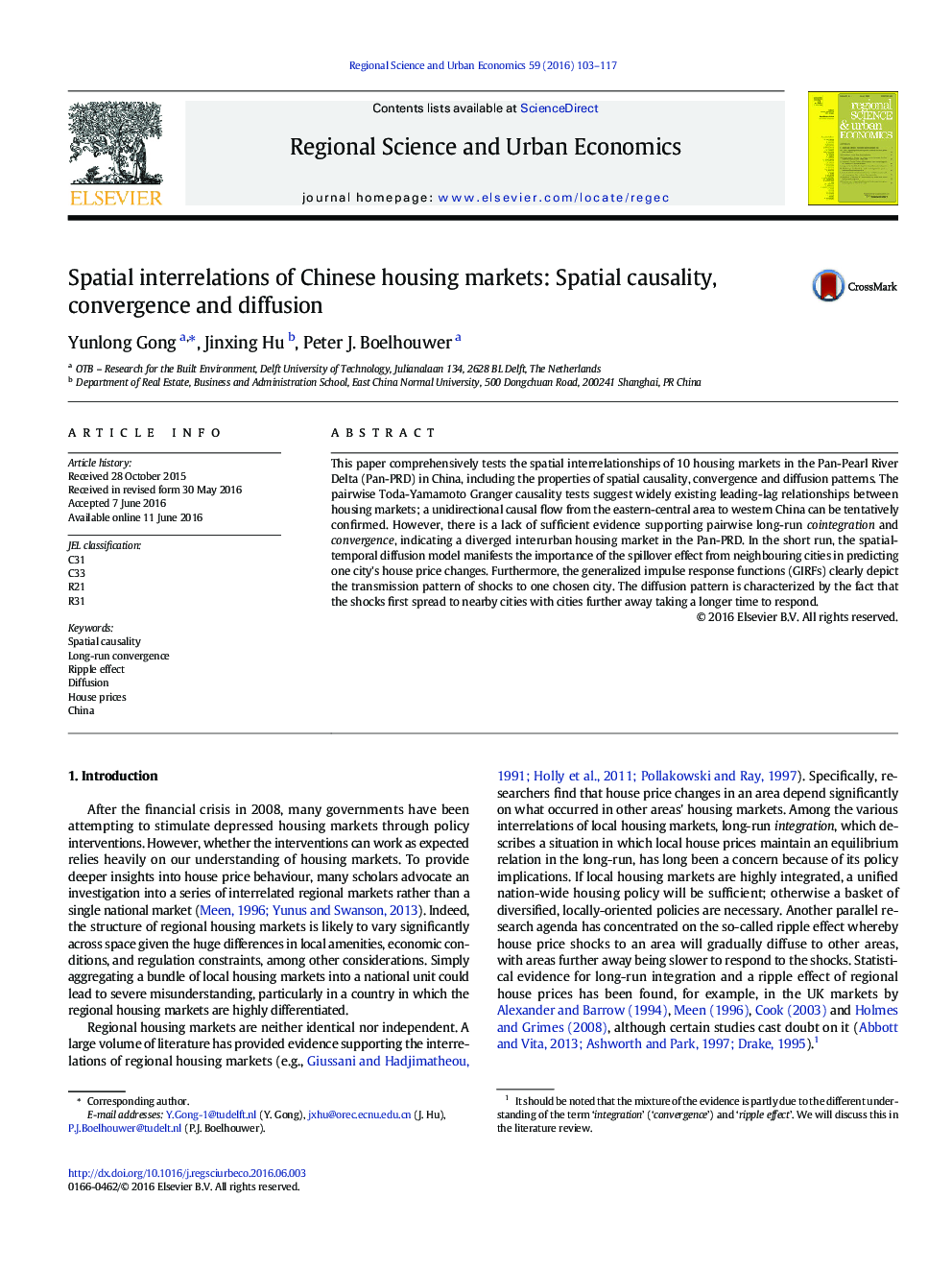 • Spatial interrelationships of 10 housing markets in the Pan-Pearl River Delta in China are comprehensively tested.
• A unidirectional house price causal flow from eastern-central area to western China is tentatively confirmed.
• There is no sufficient evidence supporting the long-run cointegration and convergence of housing markets in the Pan-PRD.
• A shock to the house price of a specific city gradually spreads to remaining cities with distant cities responding lastly.

This paper comprehensively tests the spatial interrelationships of 10 housing markets in the Pan-Pearl River Delta (Pan-PRD) in China, including the properties of spatial causality, convergence and diffusion patterns. The pairwise Toda-Yamamoto Granger causality tests suggest widely existing leading-lag relationships between housing markets; a unidirectional causal flow from the eastern-central area to western China can be tentatively confirmed. However, there is a lack of sufficient evidence supporting pairwise long-run cointegration and convergence, indicating a diverged interurban housing market in the Pan-PRD. In the short run, the spatial-temporal diffusion model manifests the importance of the spillover effect from neighbouring cities in predicting one city's house price changes. Furthermore, the generalized impulse response functions (GIRFs) clearly depict the transmission pattern of shocks to one chosen city. The diffusion pattern is characterized by the fact that the shocks first spread to nearby cities with cities further away taking a longer time to respond.