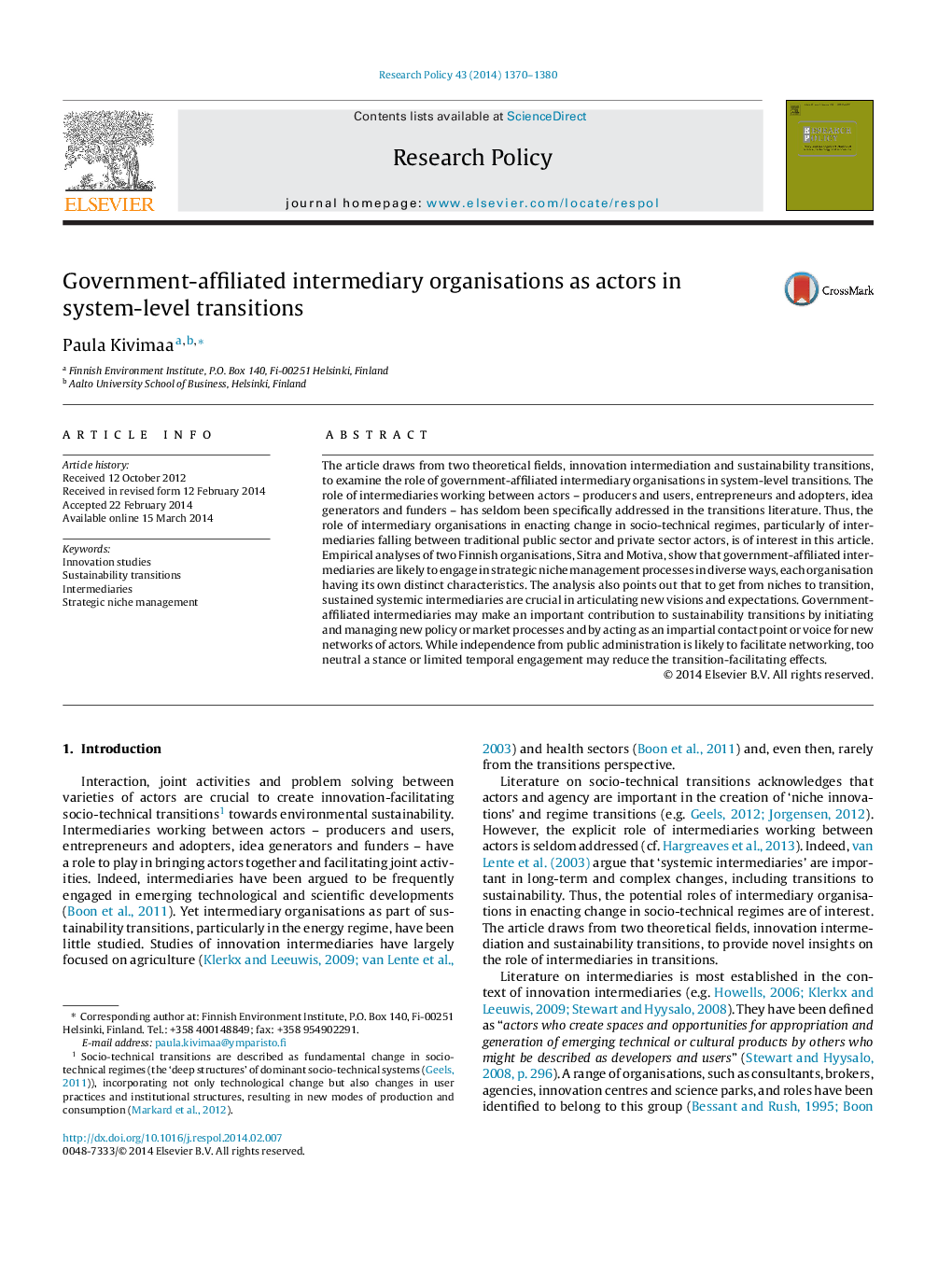 The article draws from two theoretical fields, innovation intermediation and sustainability transitions, to examine the role of government-affiliated intermediary organisations in system-level transitions. The role of intermediaries working between actors – producers and users, entrepreneurs and adopters, idea generators and funders – has seldom been specifically addressed in the transitions literature. Thus, the role of intermediary organisations in enacting change in socio-technical regimes, particularly of intermediaries falling between traditional public sector and private sector actors, is of interest in this article. Empirical analyses of two Finnish organisations, Sitra and Motiva, show that government-affiliated intermediaries are likely to engage in strategic niche management processes in diverse ways, each organisation having its own distinct characteristics. The analysis also points out that to get from niches to transition, sustained systemic intermediaries are crucial in articulating new visions and expectations. Government-affiliated intermediaries may make an important contribution to sustainability transitions by initiating and managing new policy or market processes and by acting as an impartial contact point or voice for new networks of actors. While independence from public administration is likely to facilitate networking, too neutral a stance or limited temporal engagement may reduce the transition-facilitating effects.