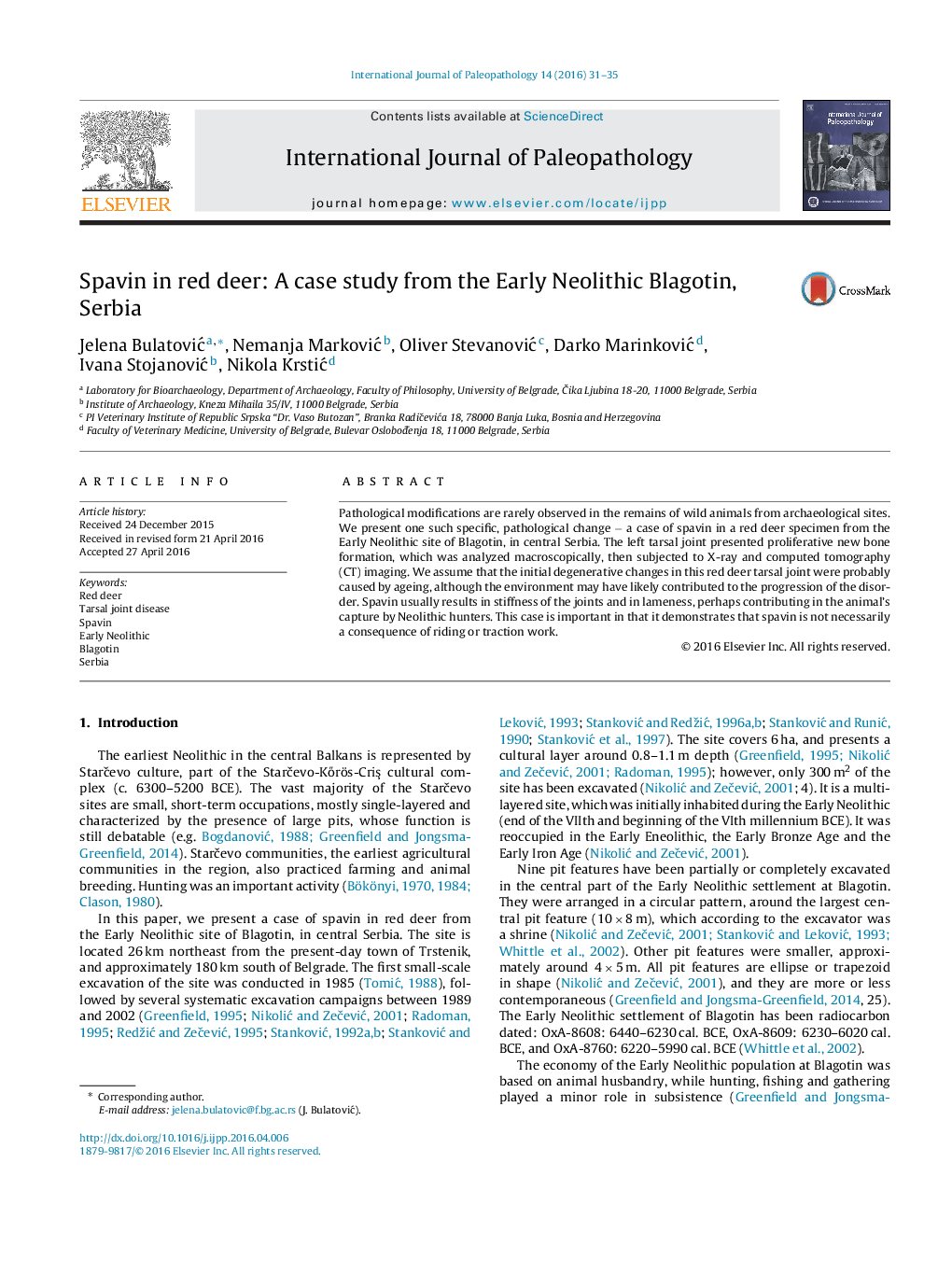 Pathological modifications are rarely observed in the remains of wild animals from archaeological sites. We present one such specific, pathological change − a case of spavin in a red deer specimen from the Early Neolithic site of Blagotin, in central Serbia. The left tarsal joint presented proliferative new bone formation, which was analyzed macroscopically, then subjected to X-ray and computed tomography (CT) imaging. We assume that the initial degenerative changes in this red deer tarsal joint were probably caused by ageing, although the environment may have likely contributed to the progression of the disorder. Spavin usually results in stiffness of the joints and in lameness, perhaps contributing in the animal’s capture by Neolithic hunters. This case is important in that it demonstrates that spavin is not necessarily a consequence of riding or traction work.