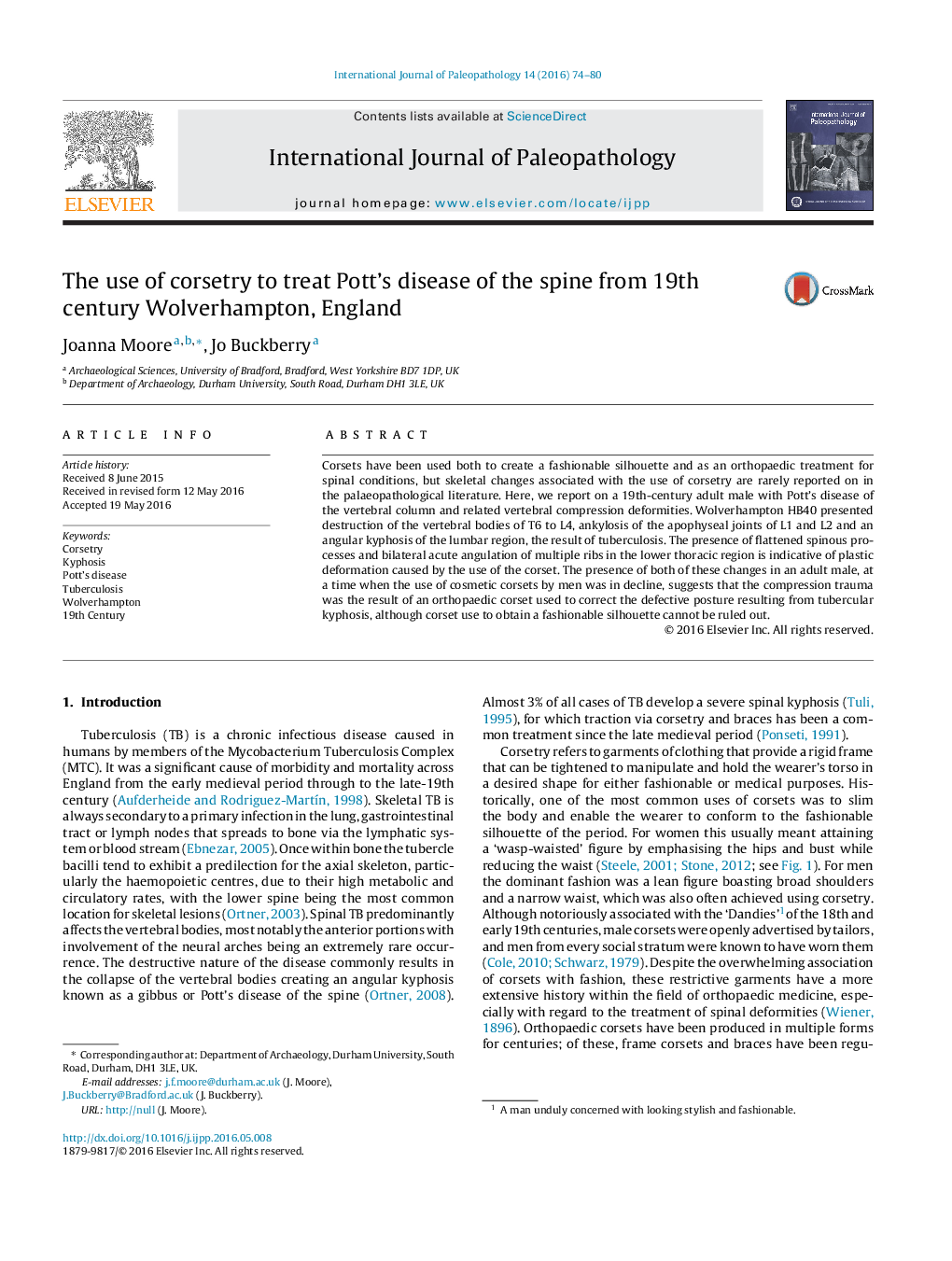 Corsets have been used both to create a fashionable silhouette and as an orthopaedic treatment for spinal conditions, but skeletal changes associated with the use of corsetry are rarely reported on in the palaeopathological literature. Here, we report on a 19th-century adult male with Pott’s disease of the vertebral column and related vertebral compression deformities. Wolverhampton HB40 presented destruction of the vertebral bodies of T6 to L4, ankylosis of the apophyseal joints of L1 and L2 and an angular kyphosis of the lumbar region, the result of tuberculosis. The presence of flattened spinous processes and bilateral acute angulation of multiple ribs in the lower thoracic region is indicative of plastic deformation caused by the use of the corset. The presence of both of these changes in an adult male, at a time when the use of cosmetic corsets by men was in decline, suggests that the compression trauma was the result of an orthopaedic corset used to correct the defective posture resulting from tubercular kyphosis, although corset use to obtain a fashionable silhouette cannot be ruled out.