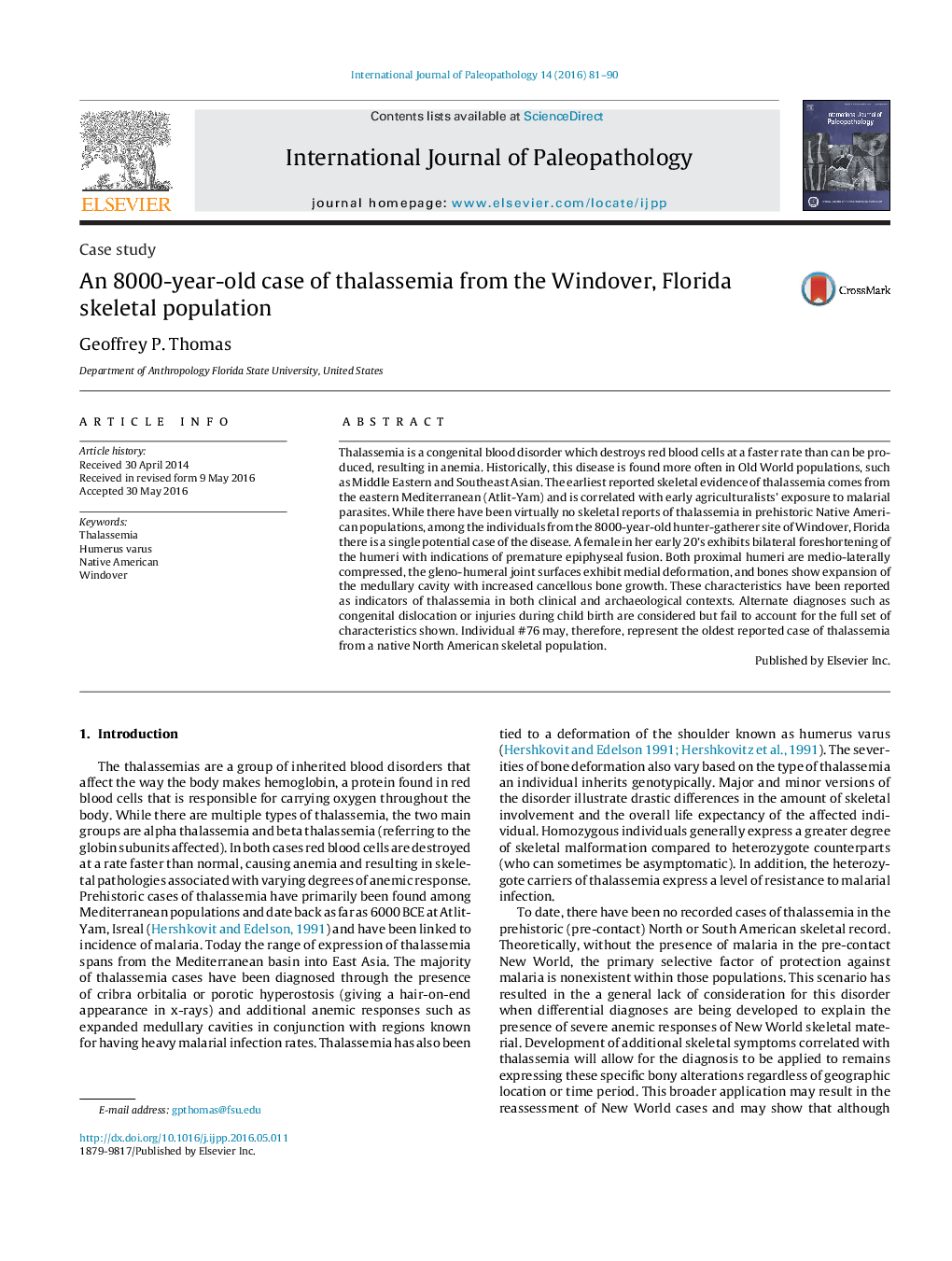 Thalassemia is a congenital blood disorder which destroys red blood cells at a faster rate than can be produced, resulting in anemia. Historically, this disease is found more often in Old World populations, such as Middle Eastern and Southeast Asian. The earliest reported skeletal evidence of thalassemia comes from the eastern Mediterranean (Atlit-Yam) and is correlated with early agriculturalists' exposure to malarial parasites. While there have been virtually no skeletal reports of thalassemia in prehistoric Native American populations, among the individuals from the 8000-year-old hunter-gatherer site of Windover, Florida there is a single potential case of the disease. A female in her early 20’s exhibits bilateral foreshortening of the humeri with indications of premature epiphyseal fusion. Both proximal humeri are medio-laterally compressed, the gleno-humeral joint surfaces exhibit medial deformation, and bones show expansion of the medullary cavity with increased cancellous bone growth. These characteristics have been reported as indicators of thalassemia in both clinical and archaeological contexts. Alternate diagnoses such as congenital dislocation or injuries during child birth are considered but fail to account for the full set of characteristics shown. Individual #76 may, therefore, represent the oldest reported case of thalassemia from a native North American skeletal population.